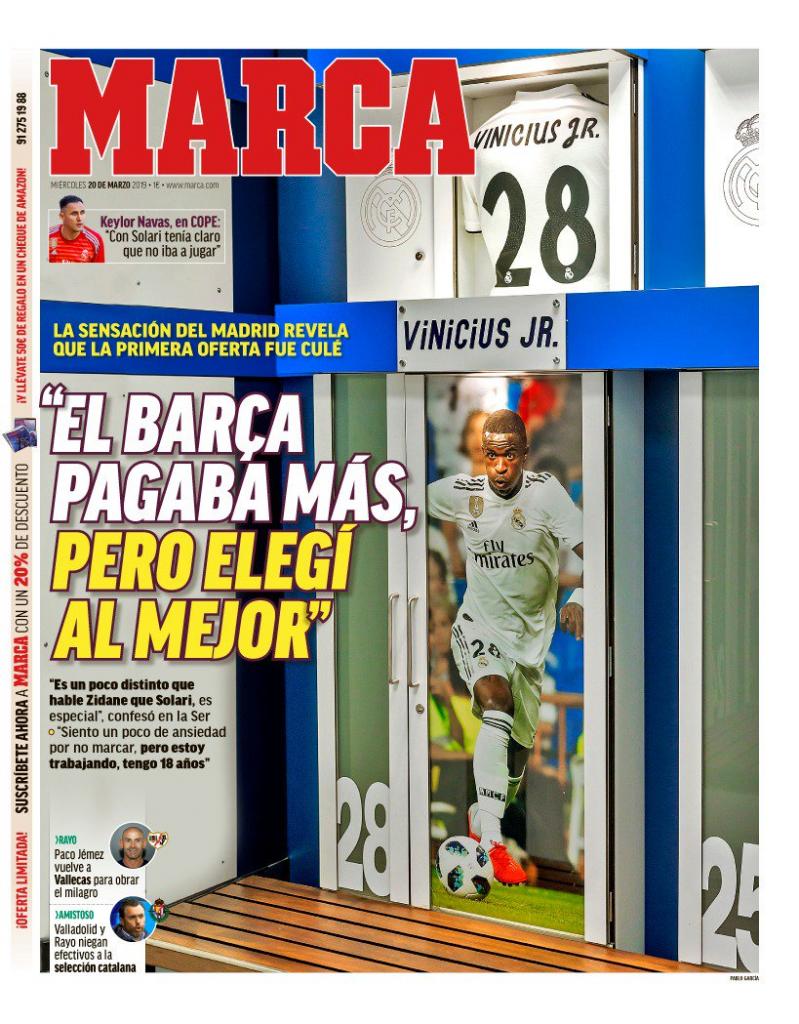 REAL MARID: Vinicius - 'Barcelona offered more money, but I chose the best' - The Brazilian confirms he his happy playing under 'special' Zinedine Zidane.

REAL MADRID: Keylor Navas - 'Under Solari, it was clear that I would not be playing.' 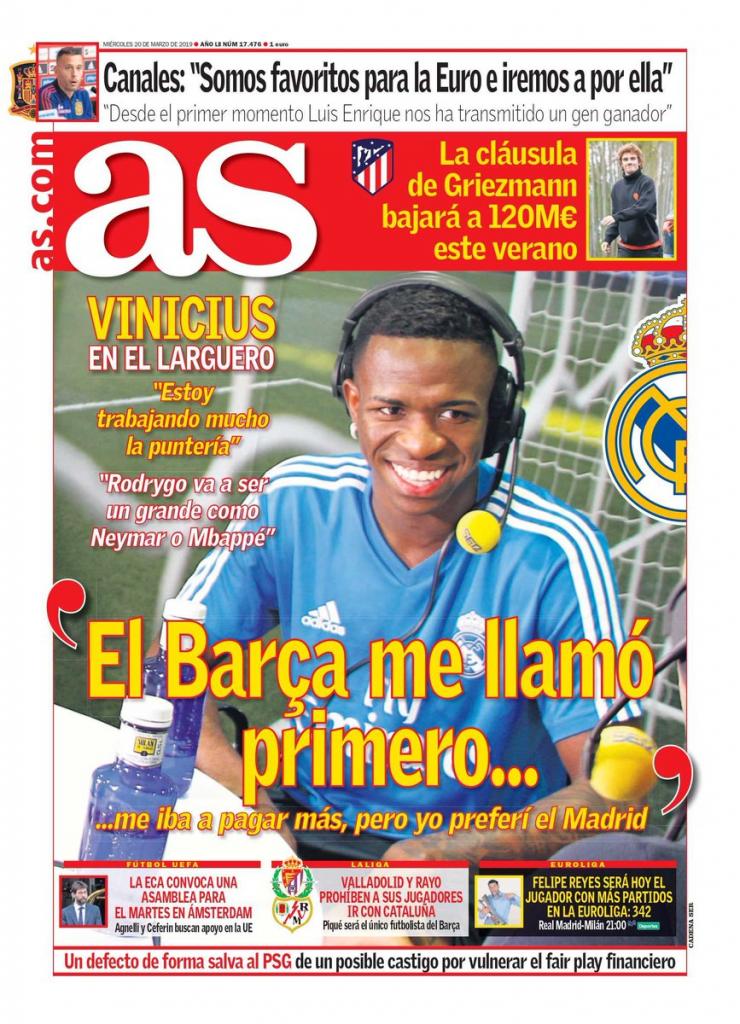 REAL MADRID: Vinicius 'Barcelona rang first, and offered more money, but I chose Real Madrid' 'Rodrygo will be a star, just like Neymar and Mbappe'.

ATLETICO MADRID: Antoine Griezmann's release clause is due to drop to €120m at the end of the season. 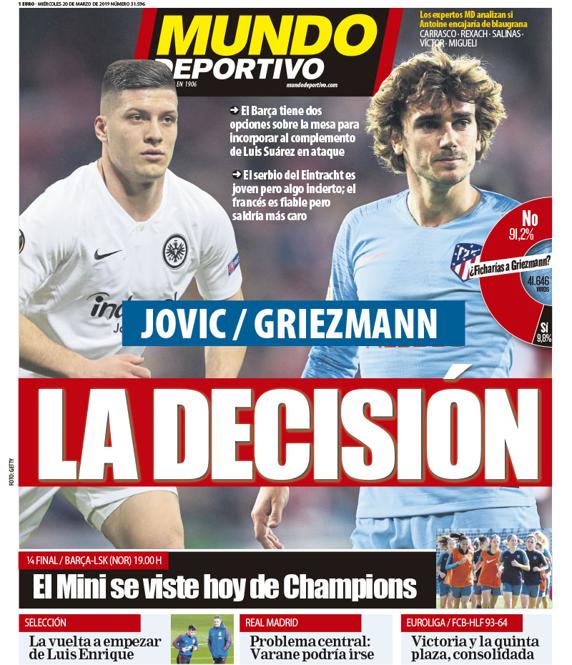 ATLETICO MADRID/BARCELONA: THE DECISION - Barcelona must make a decision on who to sign this summer, Antoine Griezmann or Luka Jovic.

REAL MADRID: Problem for Zidane as French international Raphael Varane wants to leave the club in the summer.