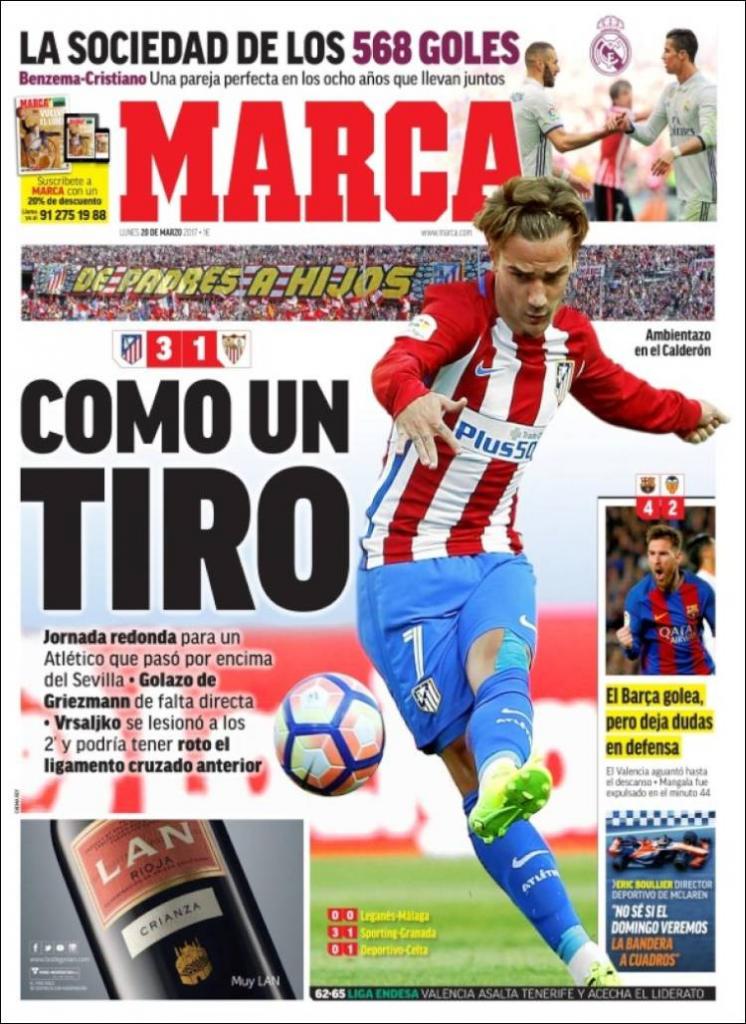 A partnership of 568 goals - Benzema and Cristiano have scored 568 goals between them, they're the perfect couple

Barca have goals but defensive problems - Valencia in the game at half time, Mangala sent-off in 44th minute 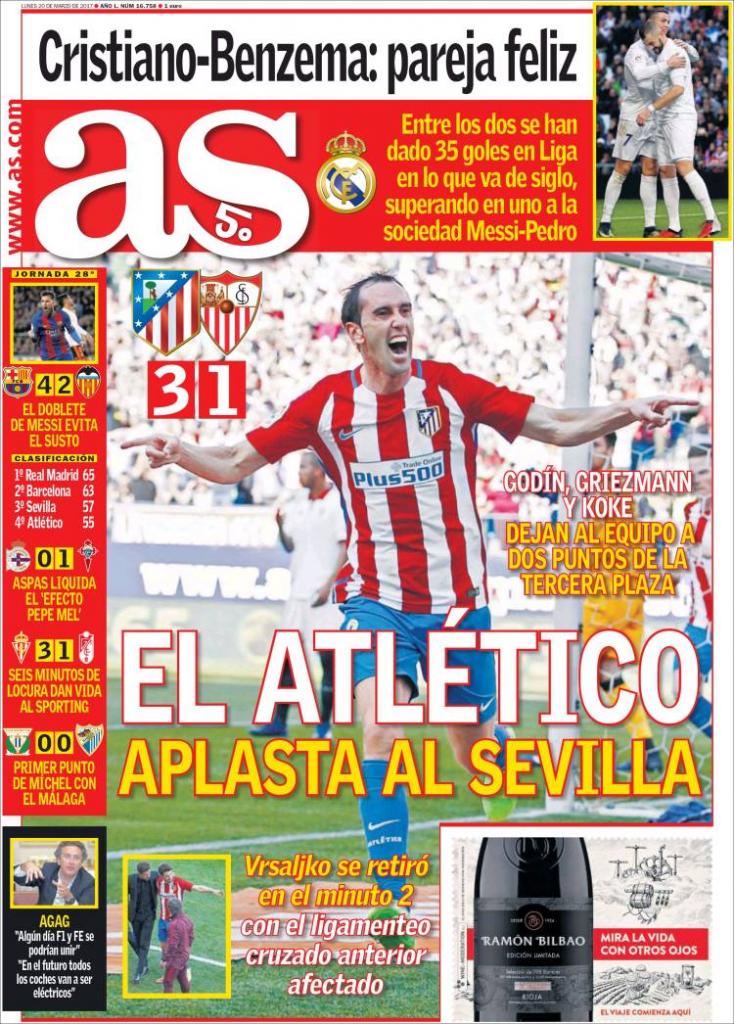 Godin, Griezmann and Koke take Atleti to within 3 points of 3rd

Vrsaljko taken off in 2nd minute with knee ligament damage

Cristiano-Benzema - Happy couple - have 35 goals between them, surpassing Messi, Pedro

Six minutes of madness give life to Sporting

First point of Michel with Malaga 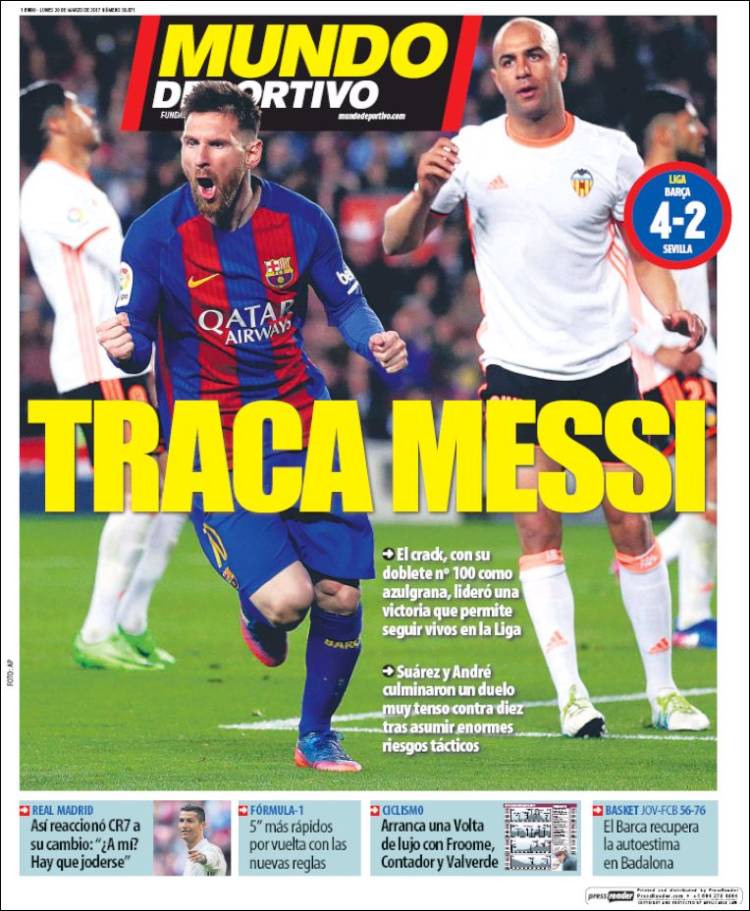 Ronaldo reaction - "To me? You have to play!"