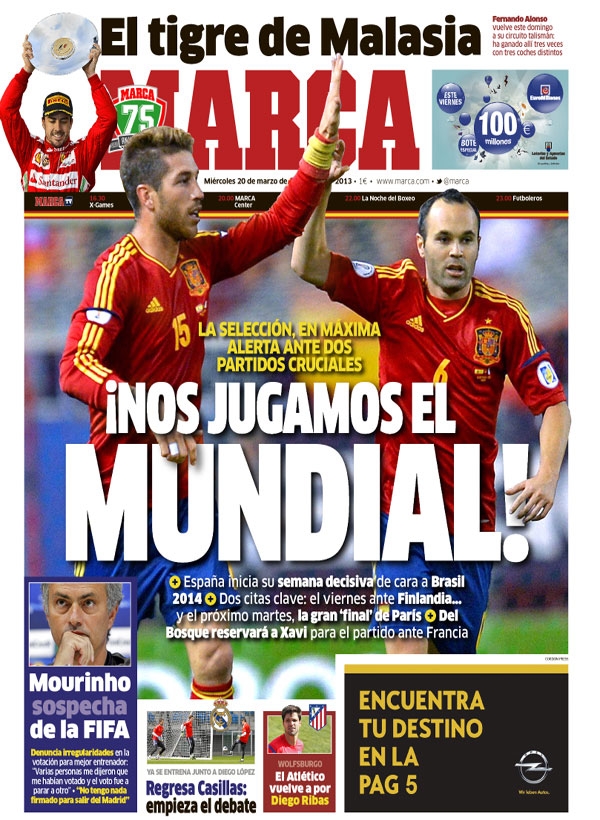 We play the world

La Seleccion are fully focused ahead of two crucial games

Spain start a decisive week on the road to Brazil

Two key meetings: This Friday against Finland and next Tuesday in the ´final´ in Paris

Mou denounces the irregularities in the voting for the best coach: "There were numerous people that told me they voted for me but their vote was counted towards another", "I have no intention to leave Madrid"

The Tiger of Malaysia 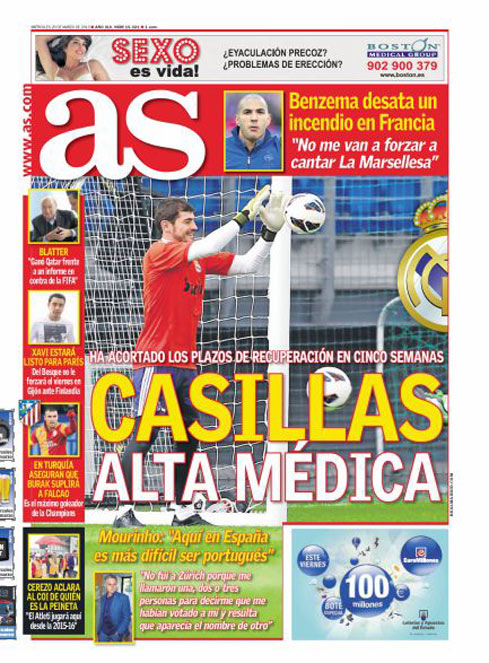 He has recovered in great time in just five weeks

Mourinho: "Here is Spain it is difficult to be Portuguese", "I did not go to Zurich because a few people told me they voted for me but in the end I saw that their votes went towards another candidate"

Benzema: "They will not force me to sing the national anthem"

Blatter: "Qatar won due to a report against FIFA"

Xavi will not be ready for Paris

In Turkey they are sure Burak will replace Falcao, the Turk is the top scorer in the Champions League 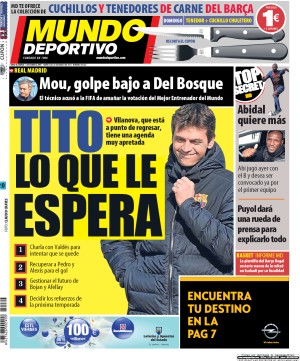 Tito, waiting for him

Vilanova, who is near to returning, has a complicated agenda

1. Chat with Valdes to try and keep him

2. To help Pedro and Alexis regain their scoring touch

3. To consider the futures of Bojan and Afellay

4. To decide on reinforcements for next season

Puyol to give a press conference to explain everything