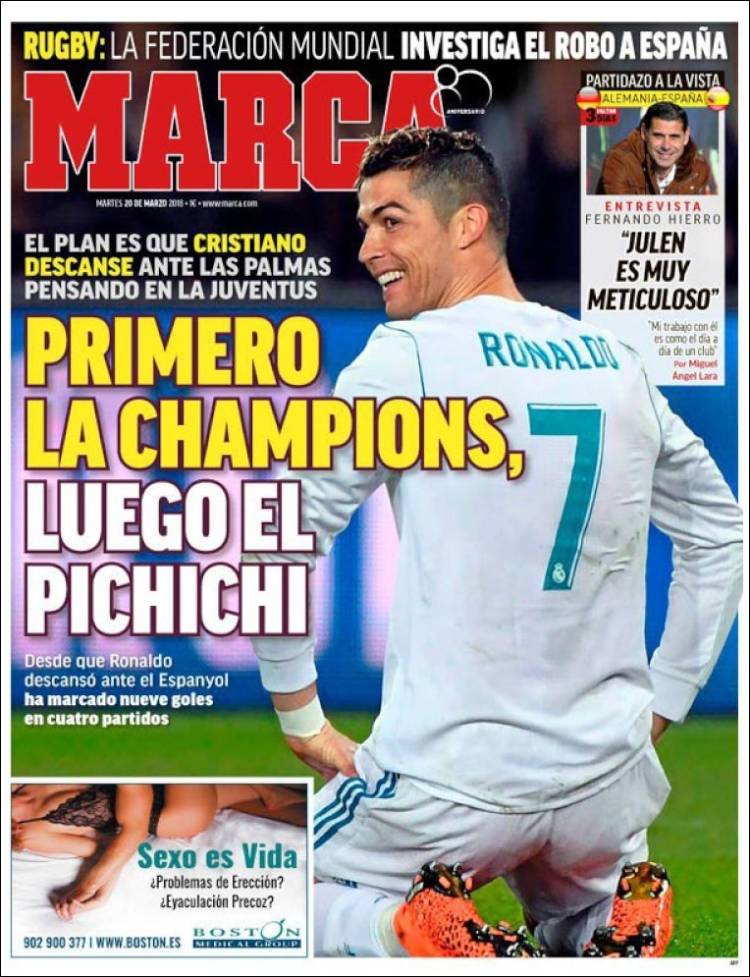 The plan is that Cristiano rests against Las Palmas, thinking about Juventus

Since Ronaldo rested against Espanyol, he has scored nine goals in four games 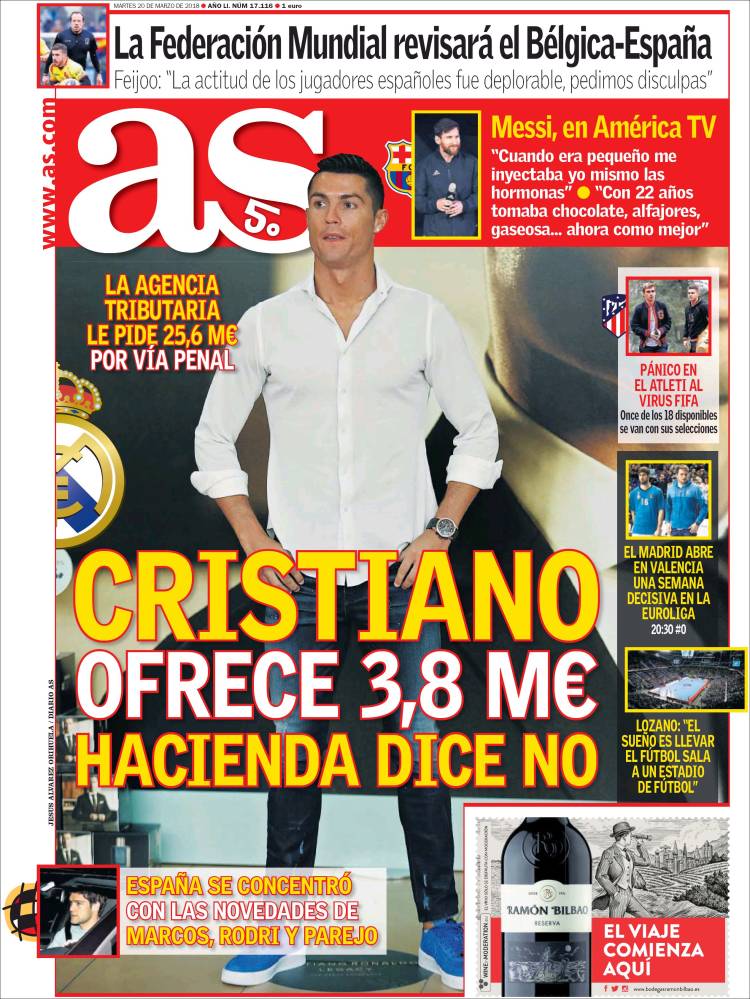 "When I was small, I injected hormones myself"

Spain join up with new faces Marcos, Rodri and Parejo

Panic at Atleti and the 'FIFA virus'

Eleven of their 18 players available are with their national teams 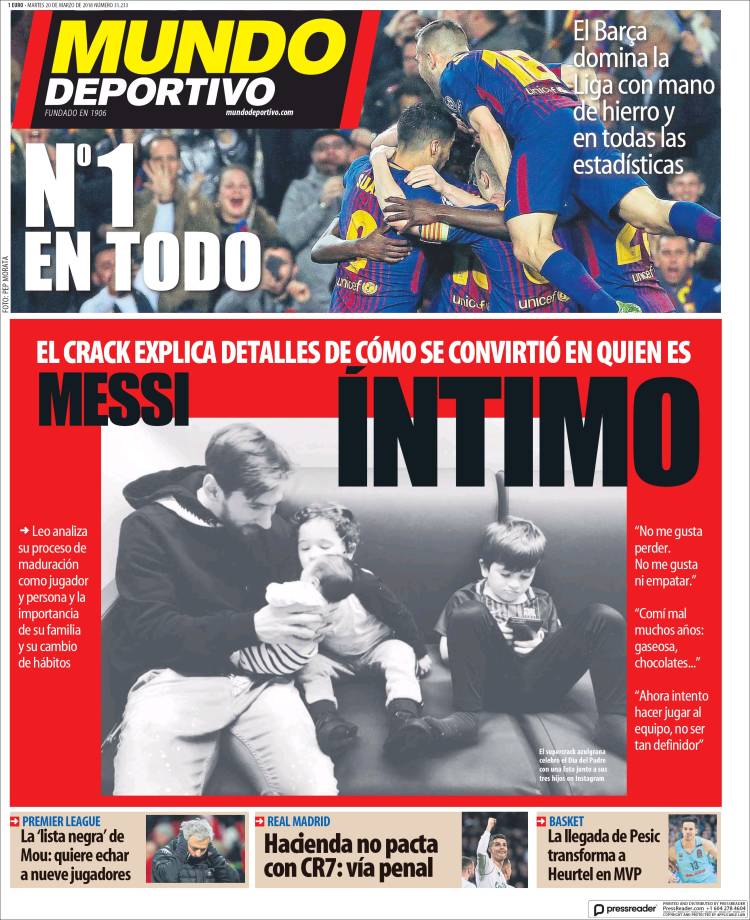 Barca dominate La Liga with an iron fist in every statistic

The 'crack' explains how he became who he is

"I ate badly for many years: fizzy drinks, chocolates..."

Mou's 'blacklist': he wants to get rid of nine players