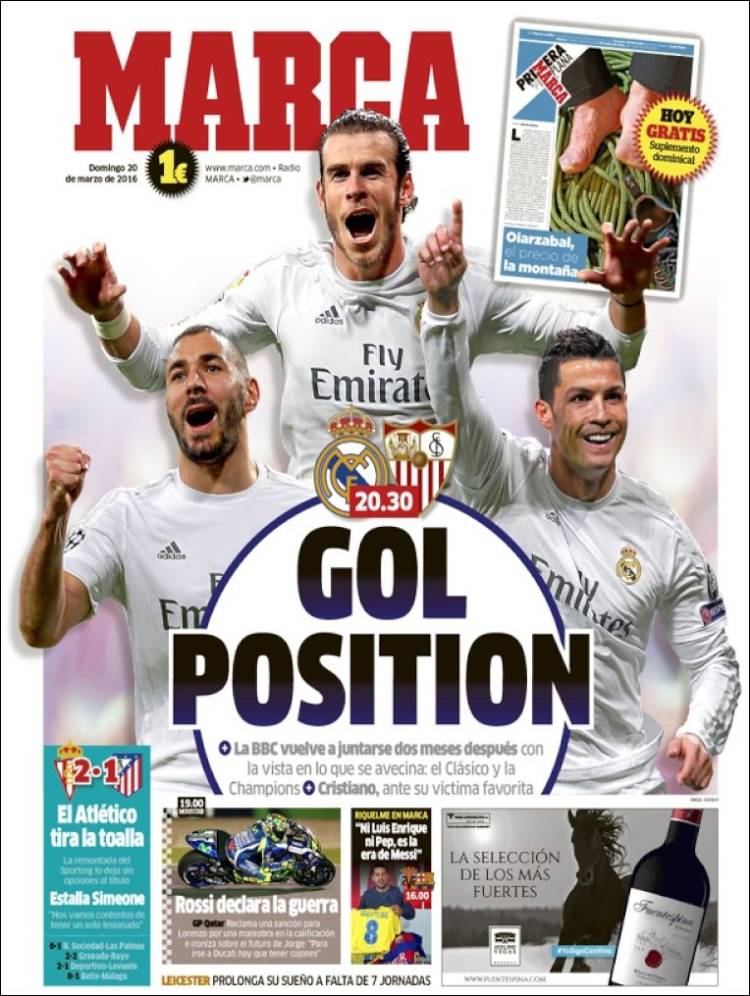 The BBC reunites two months later with a view to what lies ahead: the Clasico and Champions League

Christian, against his favourite victims

Atletico throw in the towel

Sporting’s comeback leaves them with no chance of the title

“Neither Luis Enrique nor Pep, this is the Messi era”

Leicester prolong their dream with only seven games left 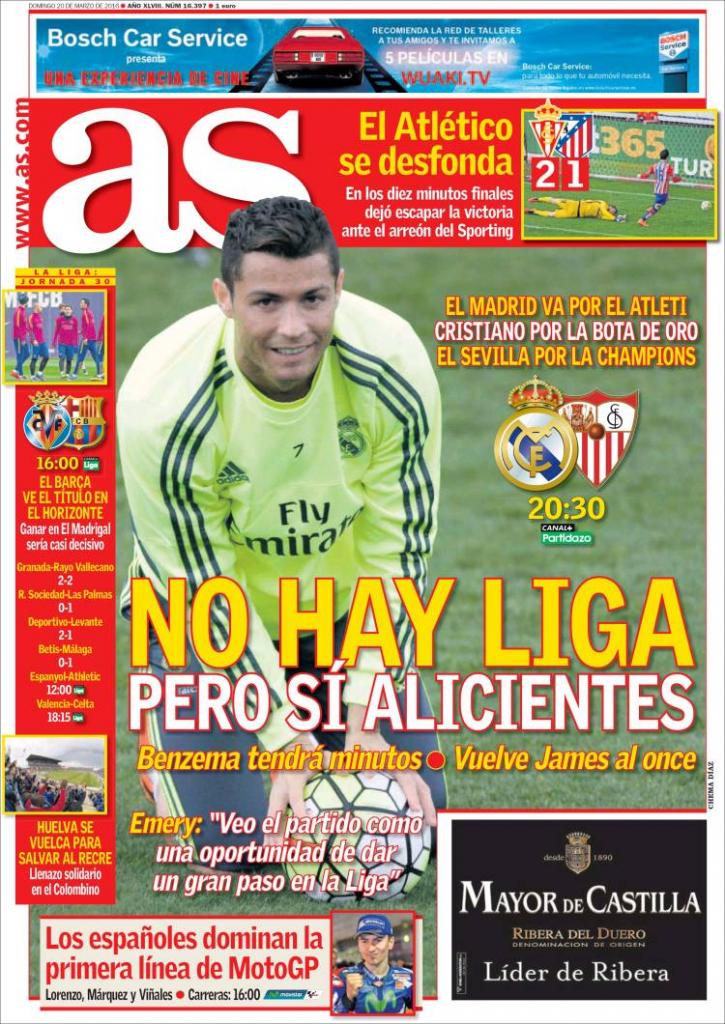 No to the League but yes to incentives

Cristiano goes for the Pichichi

Sevilla goes for the Champions League

Benzema will get minutes

James returns to the XI

Emery: “I see the game as an opportunity to take a big step in La Liga”

Atletico run out of steam

In the final 10 minutes, they let the victory loose

Barca see the title on the horizon

Winning at El Madrigal would almost seal it

Huelva comes together to save Recre

Full house in solidarity at the Colombino 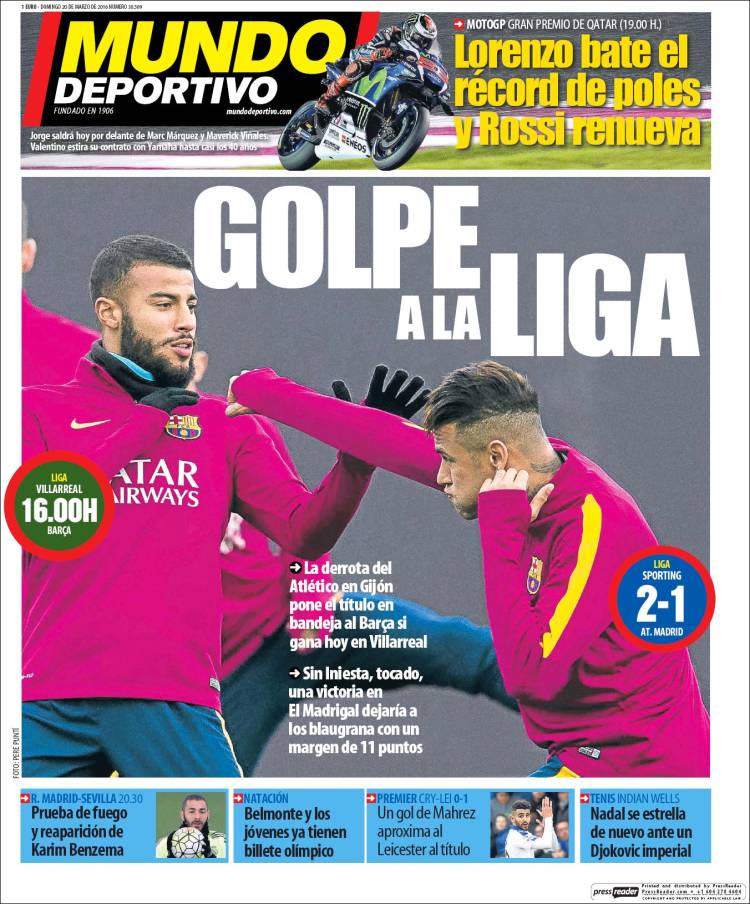 Blow to the League

Without Iniesta, who has a knock, a victory at El Madrigal would leave La Blaugrana with a lead of 11 points

Litmus test for Madrid and reappearance of Karim Benzema