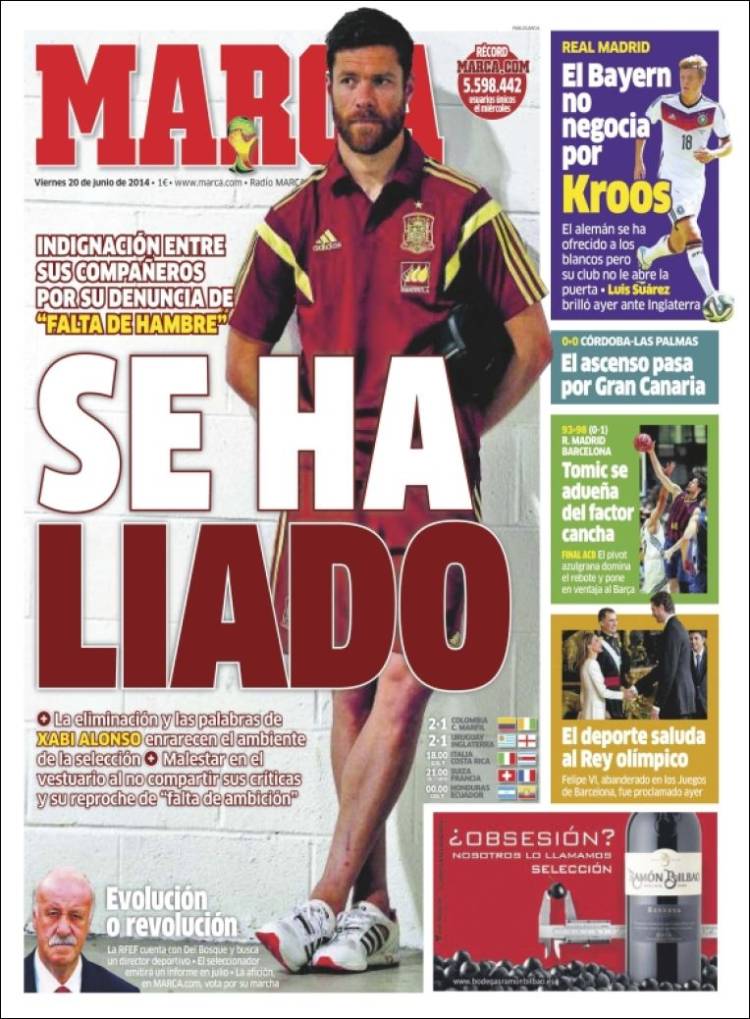 The manager will release a statement in July, the fans on Marca vote for his departure

Bayern not in negotiations with Kroos

Promotion comes down to Gran Canaria 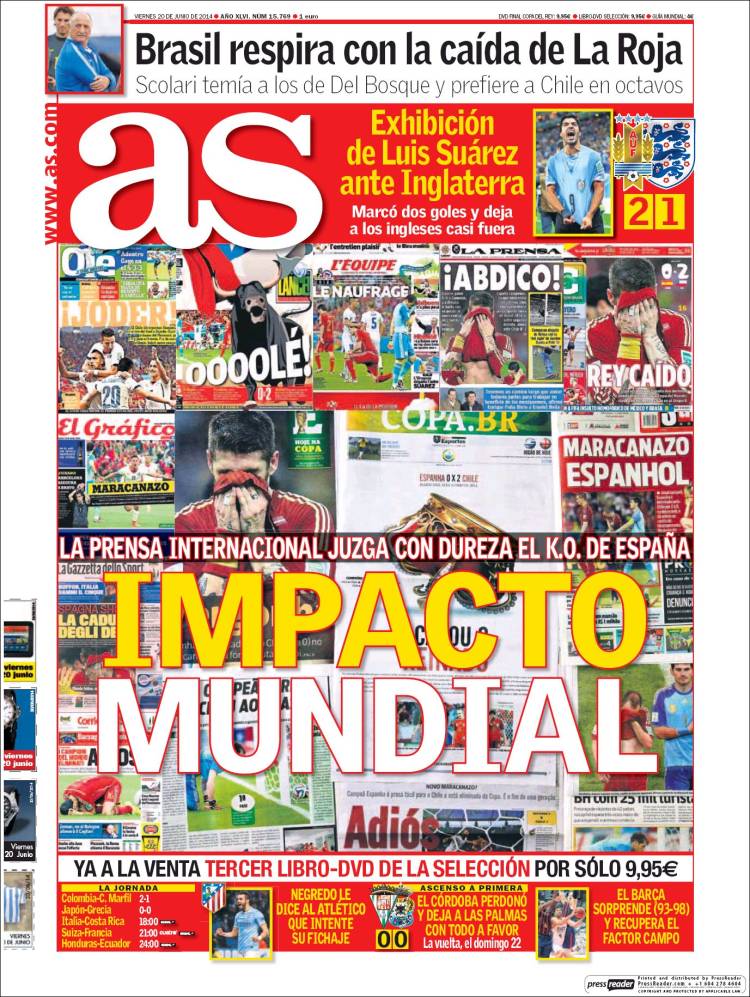 Brazil breath a sign of relief as La Roja exit

He scores two goals and leaves the English almost out

Cordoba miss an opportunity and leave everything in favour of Las Palmas, the return leg, Sunday 22nd 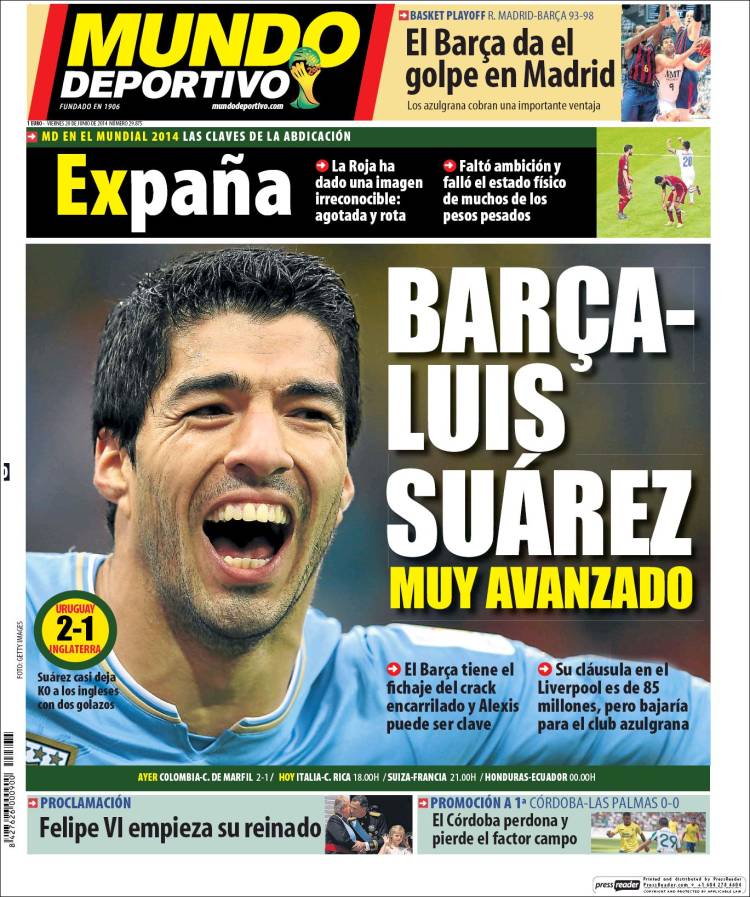 EXpana: La Roja have given an unrecognisable image, exhausted and broken

Cordoba miss a chance and lose the home advantage