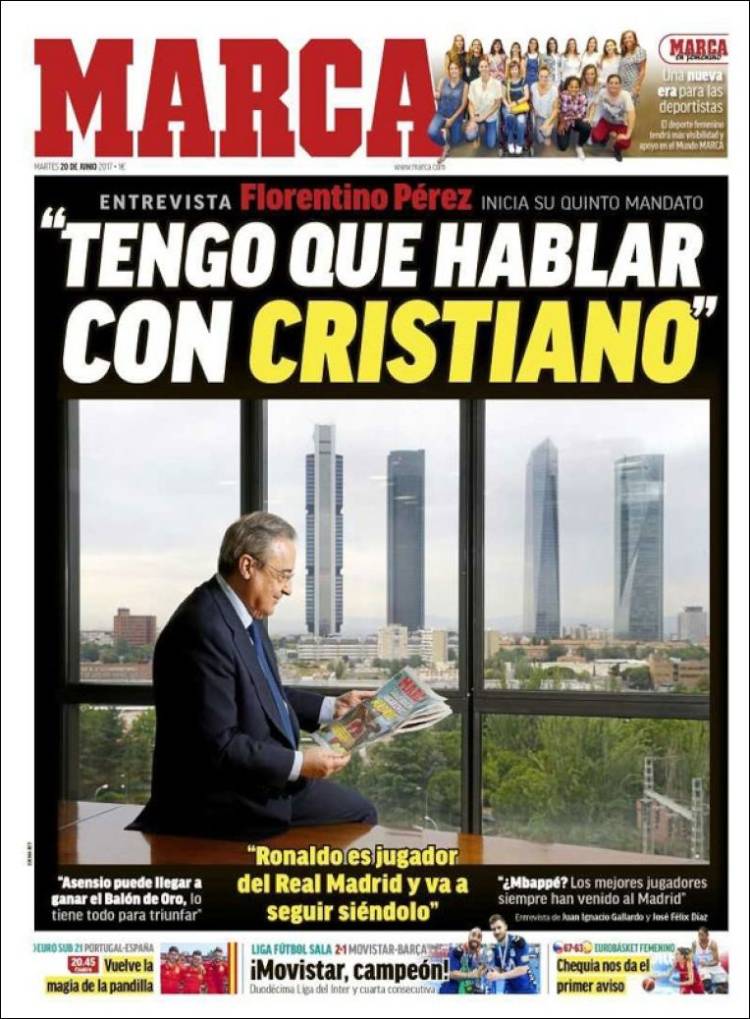 'I have to talk with Cristiano'

'Asensio can win the Ballon d'Or, he has everything to succeed', 'Mbappe? The best players have always come to Madrid' 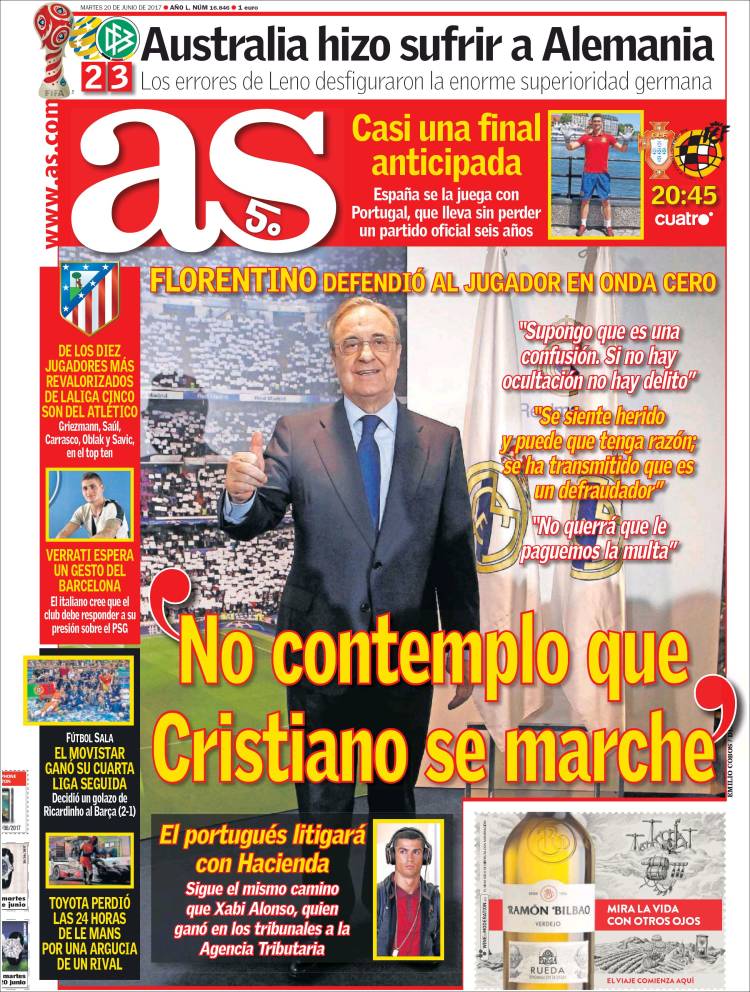 'I do not expect Cristiano to leave'

Florentino Perez comes out to defend Ronaldo on Onda Cero

'I suppose it's confusing but if there's no concealment there's no crime', 'He feels hurt and he maybe right, it's been made clear he's not a fraudster', 'He won't want us to pay the fine' 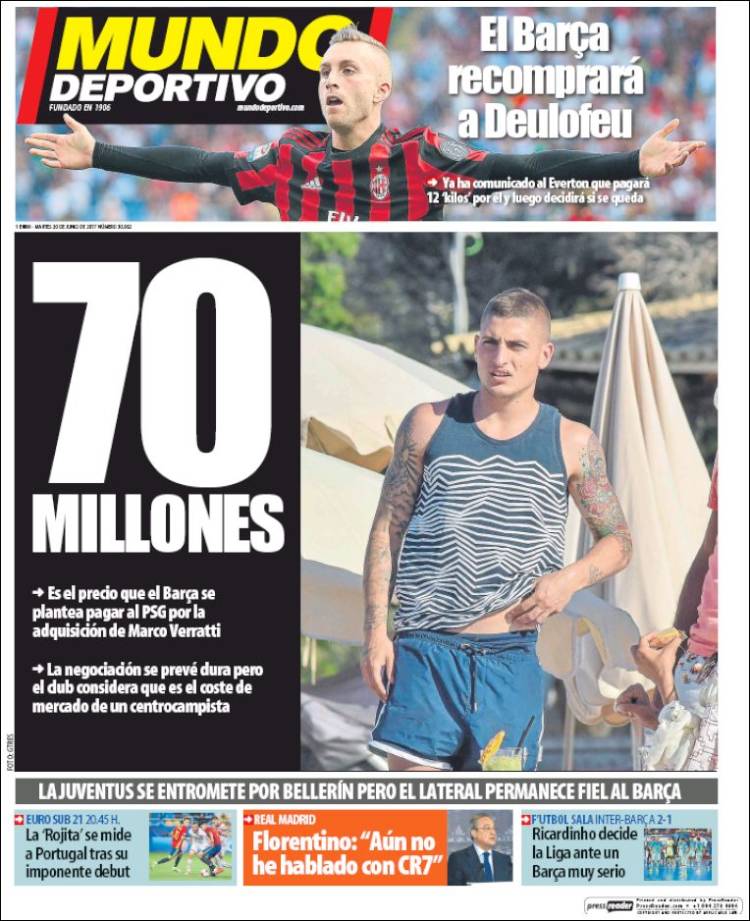 The price Barca will pay for Marco Verratti, negotiations will be hard but club consider it achievable

La Rojita to take on Portugal