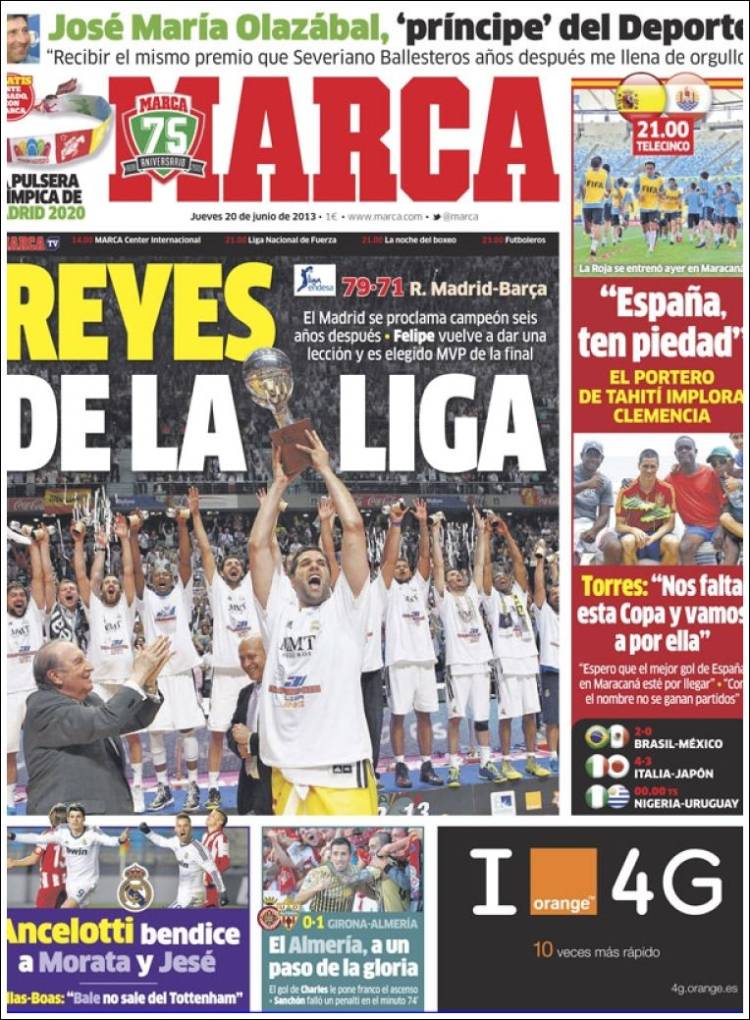 "Spain, have mercy." the goalkeeper of Tahiti begs for clemency

Torres: "We lack this Cup and we are trying to win it"

"Names do not win games"

Charles' goal puts his side on top

Sanchon misses a penalty in the 74 minute 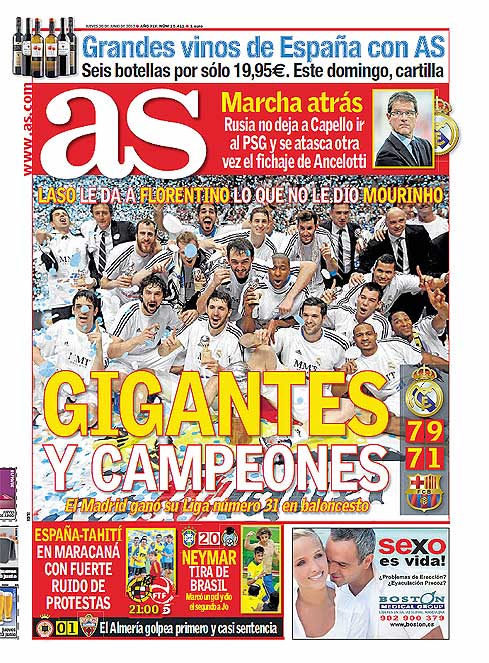 Laso gives Florentino what Mourinho did not

Spain v Tahiti: To a Maracana amid continuing protests

He scores a goal and creates the second for Jo

Girona 0-1 Almeria: Almeria strikes first and is almost through 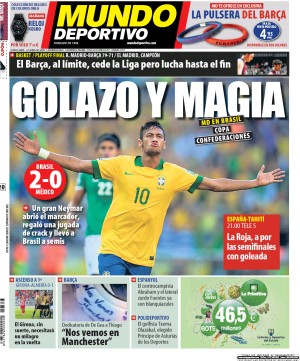 Magic and a wonder-goal

A great Neymar opens the scoring, dominates the game and takes his country to the semis

La Roja to book a semifinals spot with a goal-feast

Basketball, Real Madrid 79-71 Barcelona: Barca did their best but lose La Liga despite fighting to the end

Real Madrid: Capello not allowed to sign for PSG and it complicates Ancelotti's arrival

Golfer, Txema Olazabal, chosen for the Prince of Asturias of Sport award

"See you in Manchester," De Gea writes to Thiago

Promotion playoff, Girona 0-1 Almeria: Almeria put one foot in the Primera as they bid their return to the top-flight