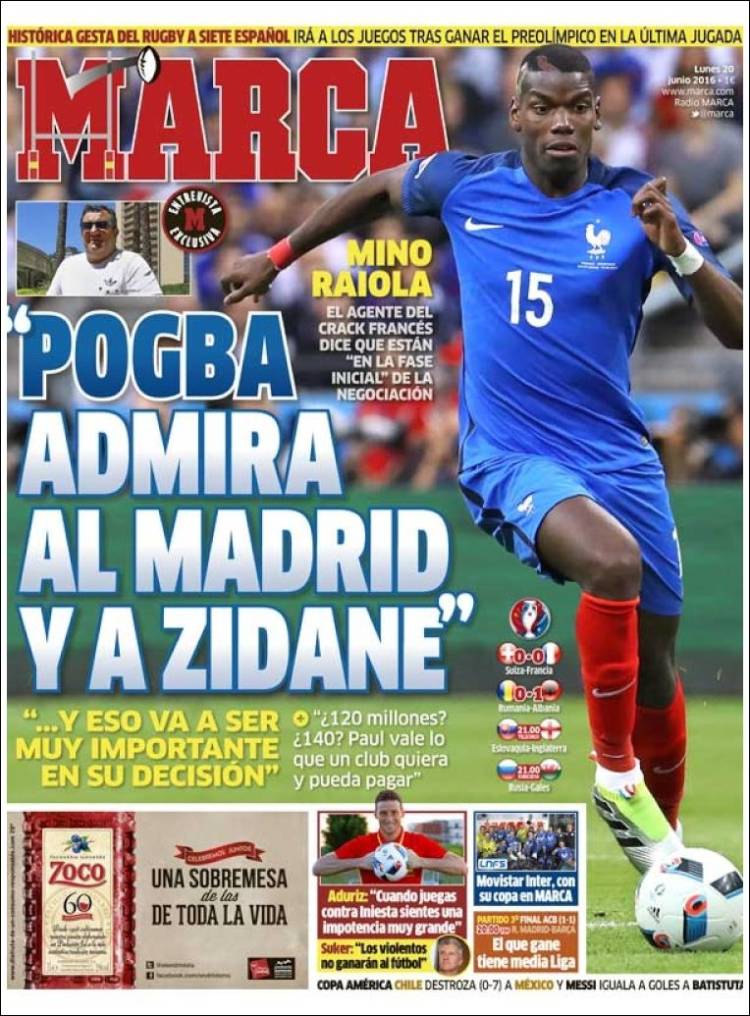 Mino Raiola, the agent of the French star, says they are “in the early phase” of negotiations

“... And this is going to be very important in their decision”

Aduriz: “When you play against Iniesta, you feel a huge helplessness”

Suker: “Violence will not win in football” 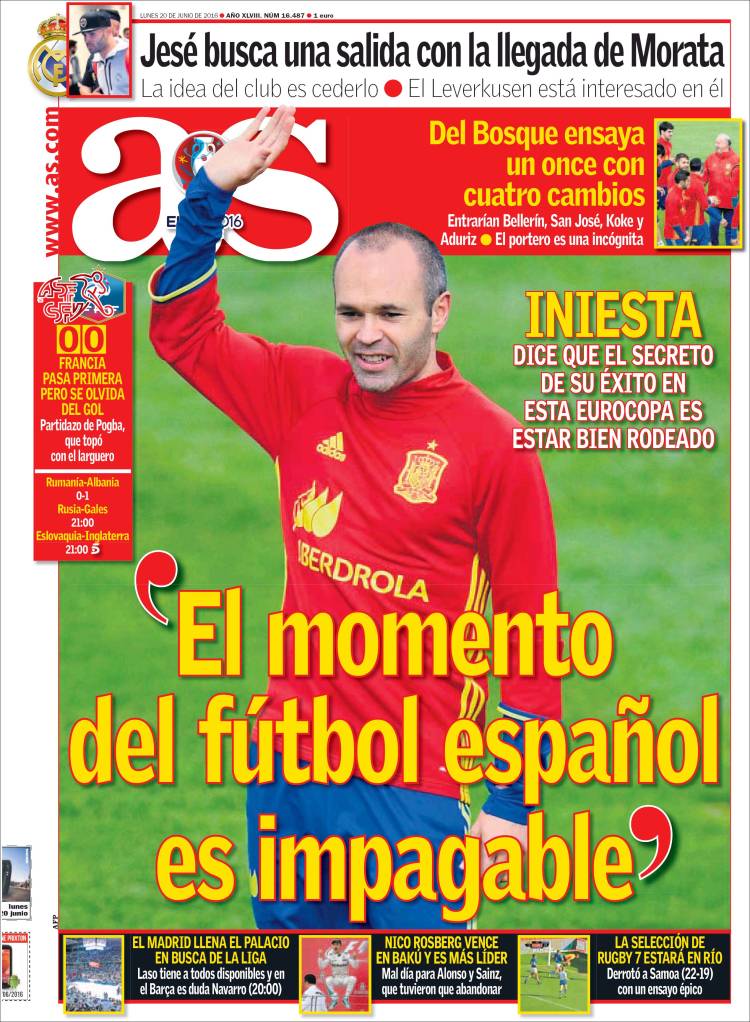 “This time for Spanish football is priceless”

France progress in first but forget to score

Great game from Pogba, who hit the crossbar

Del Bosque tries out an XI with four changes

Bellerin, San Jose, Koke and Aduriz all came in

The goalkeeper remains a mystery

Jese seeks to leave with the arrival of Morata

The idea of the club is to loan him out 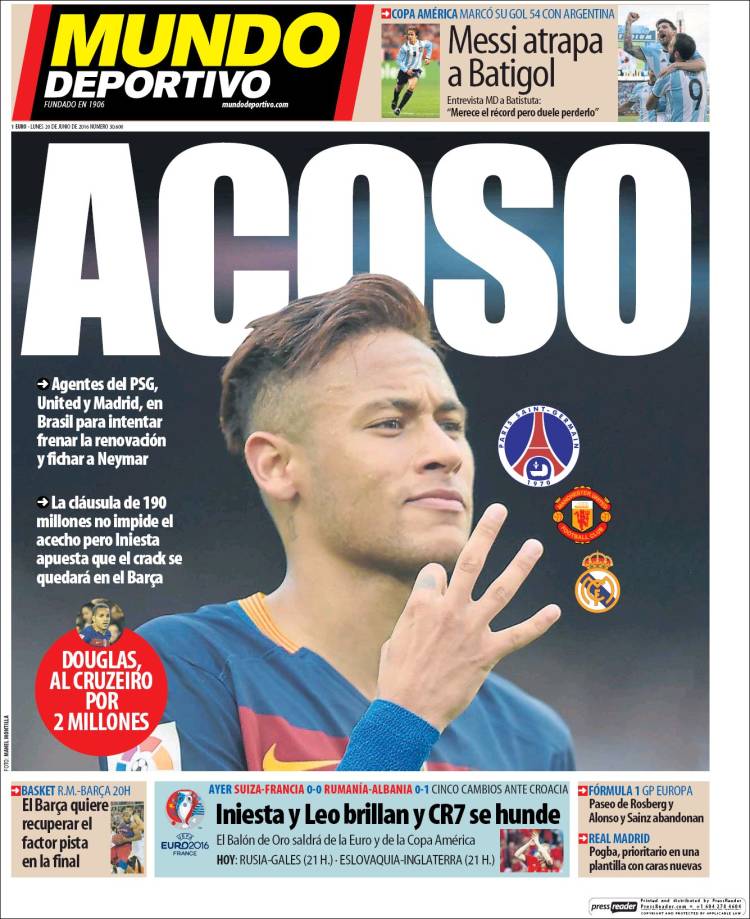 Representatives of PSG, United and Madrid are in Brazil to try to stop the renewal and sign Neymar

The €190m clause does not prevent their stalking, but Iniesta bets that the star will stay at Barca

Douglas, to Cruzeiro for €2m

MD interview with Batistuta: “He deserves the record, but it hurts to have lost it”

Pogba, a priority in a squad of new faces