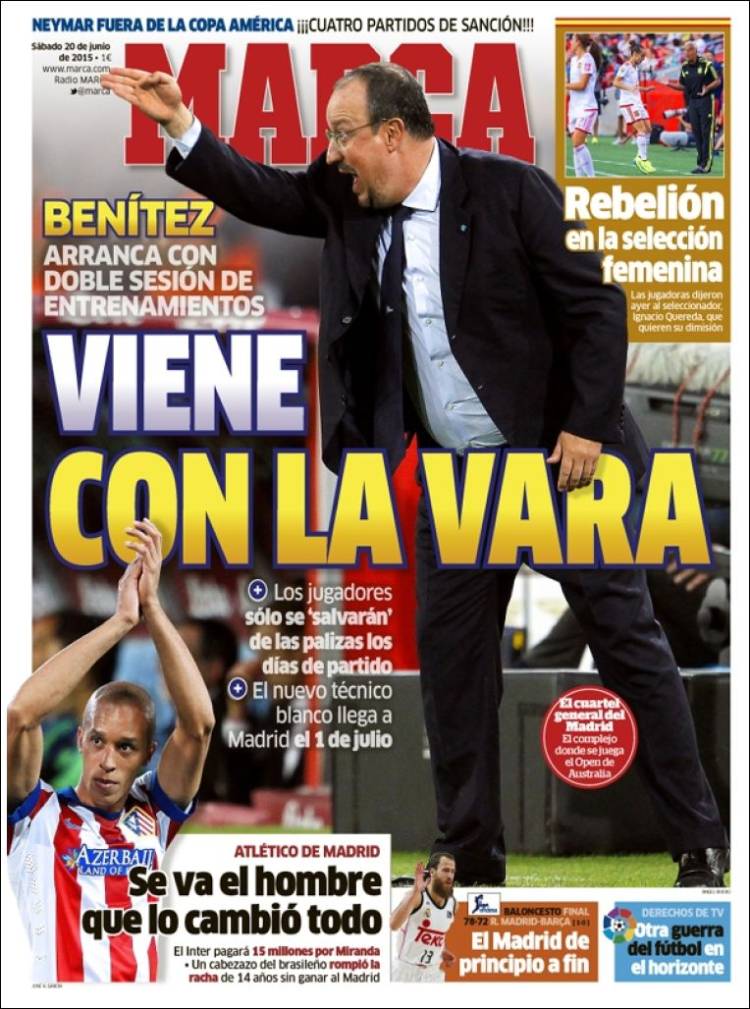 He comes with the cane

Players will only be ‘saved’ from beatings on match days

Rebellion in the women’s team

The man who changed everything

TV rights - another war on the horizon 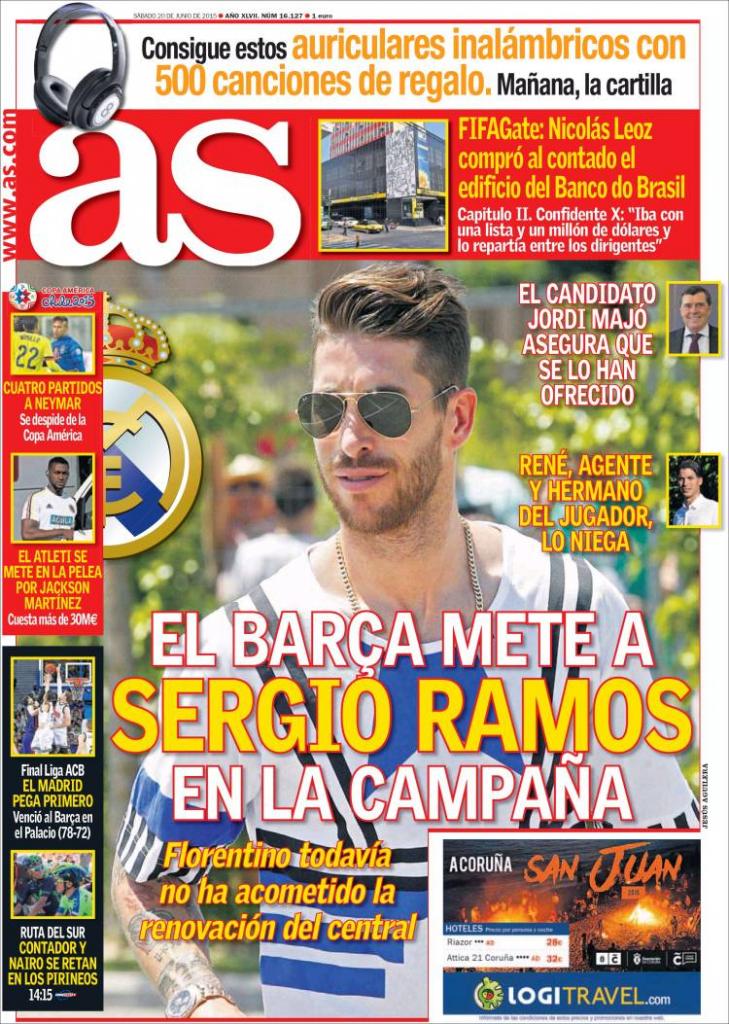 Barca get to Sergio Ramos in the campaign

Florentino has yet to negotiate the defender’s renewal

Barca candidate Jordi Majo insists Ramos was offered to him

The player’s agent and brother Rene denies this

Chapter II. Confident X: I went with a list, a million dollars and distributed it among the leaders

He says goodbye to Copa America

Atletico in contention for Jackson Martinez 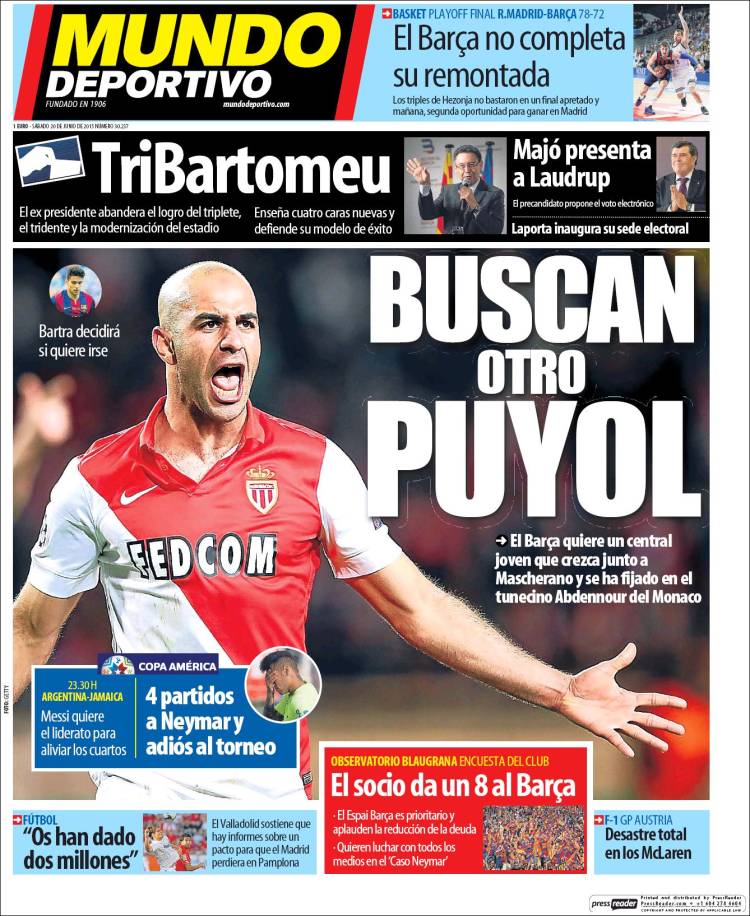 They seek another Puyol

Barca want a young defender who progresses alongside Mascherano, and it’s set to be the Tunisian Abdennour from Monaco

Bartra to decide if he wants to leave

Four-game ban for Neymar and goodbye to Copa America

The ex-President leads the way with the treble, trident attack and modernisation of the stadium

Educates the four new faces and defends his model of success

Socios give an eight to Barca

The Espai Barca is a priority, but they applaud the debt reduction