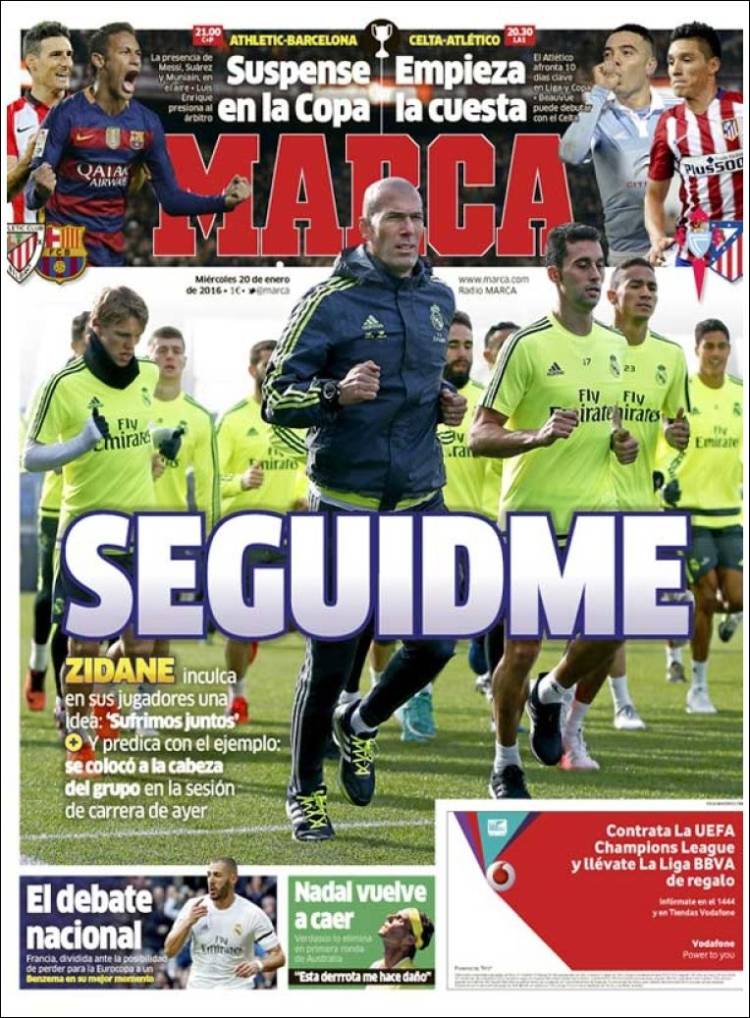 Suspense in the Copa

The presence of Messi, Suarez and Muniain, in the air

Atletico face 10 key days in the Copa and the League

Beauvue can debut with Celta

Zidane instils in his players an idea: “We suffer together”

And preaches by example: he was at the head of the group in the session of yesterday’s race

France, divided at the prospect of losing for the European Championships a Benzema in his best form 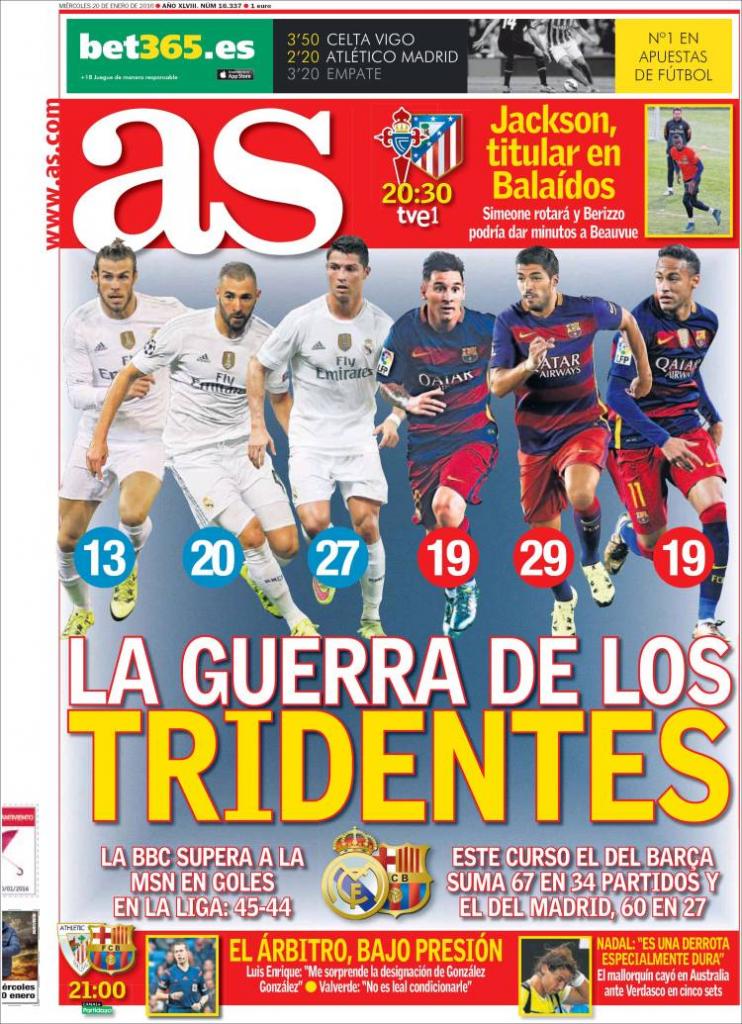 Simeone rotates and Berizzo could give minutes to Beauvue

Battle of the tridents

The referee, under pressure

Luis Enrique: “I was surprised at the assignment of Gonzalez”

Valverde: “It’s not fair to condition him” 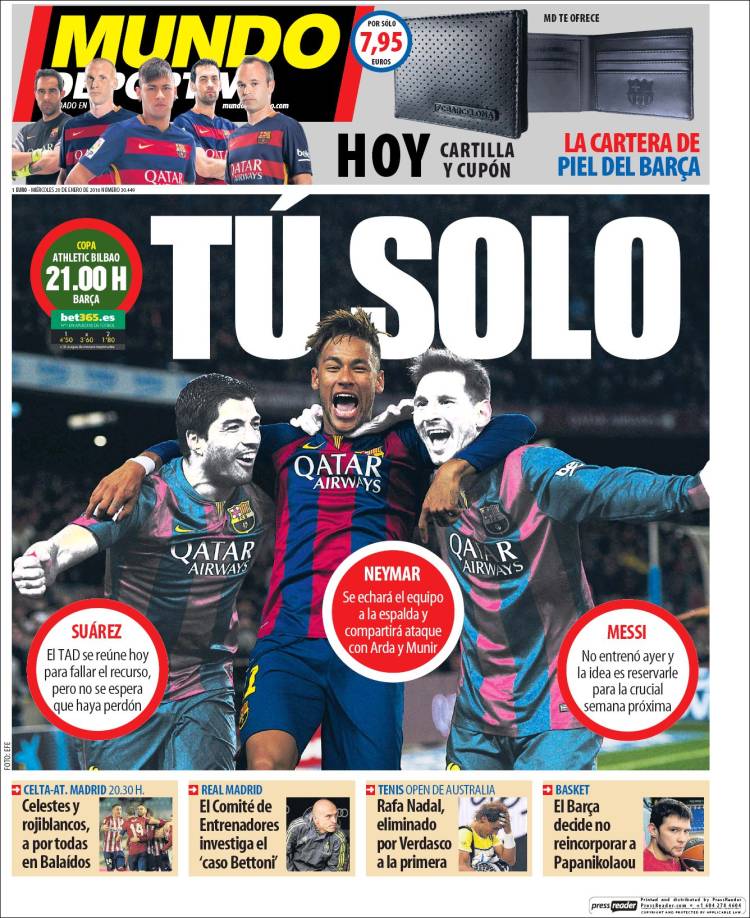 Celestes and Rojiblancos, all out in Balaidos