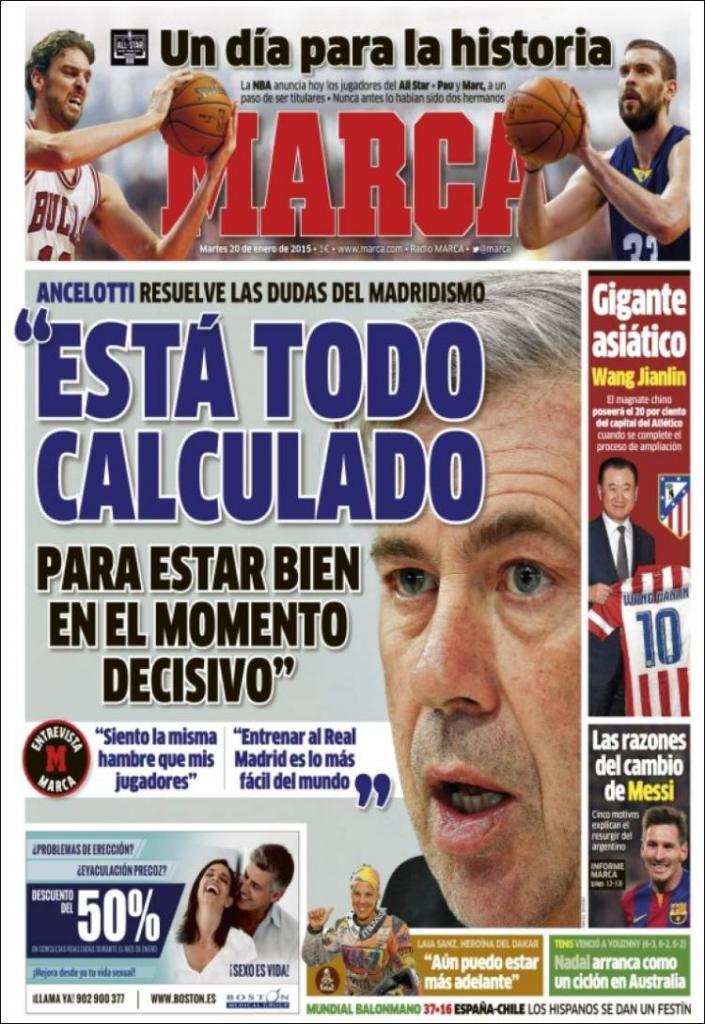 “Everything is calculated so we are OK at the decisive moments”

“I feel the same hunger as my players”

“To coach Madrid is the easiest thing in the world”

Wang Jianlin: the Chinese magnate will own 20 per cent of the capital in Atletico when he increases his expansion

The reasons for the change in Messi: five things explain the Argentine’s resurgence 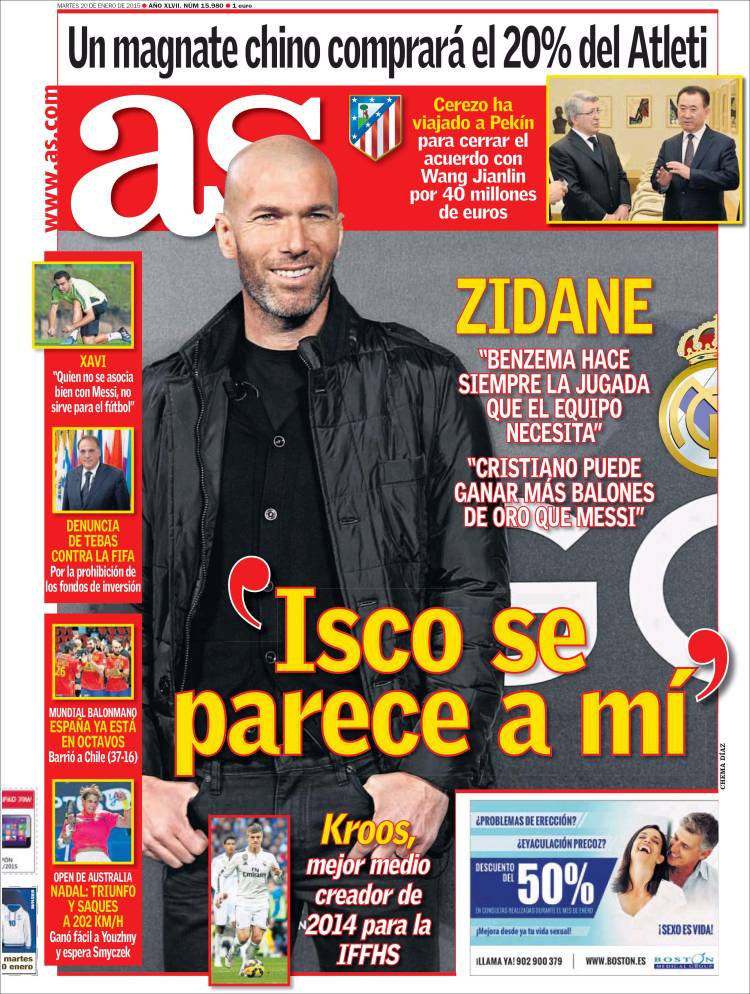 “Isco reminds me of myself”

Zidane: “Benzema always does the right thing for the team”

Kroos, best creative midfielder of 2014 according to IFFHS

A Chinese magnate will buy 20 per cent of Atletico: Cerezo has travelled to Peking to seal the agreement with Wang Jianlin for €40m

Xavi: “Whoever doesn’t get on with Messi is no use to football”

Tebas denounces FIFA for the banning of investment funds 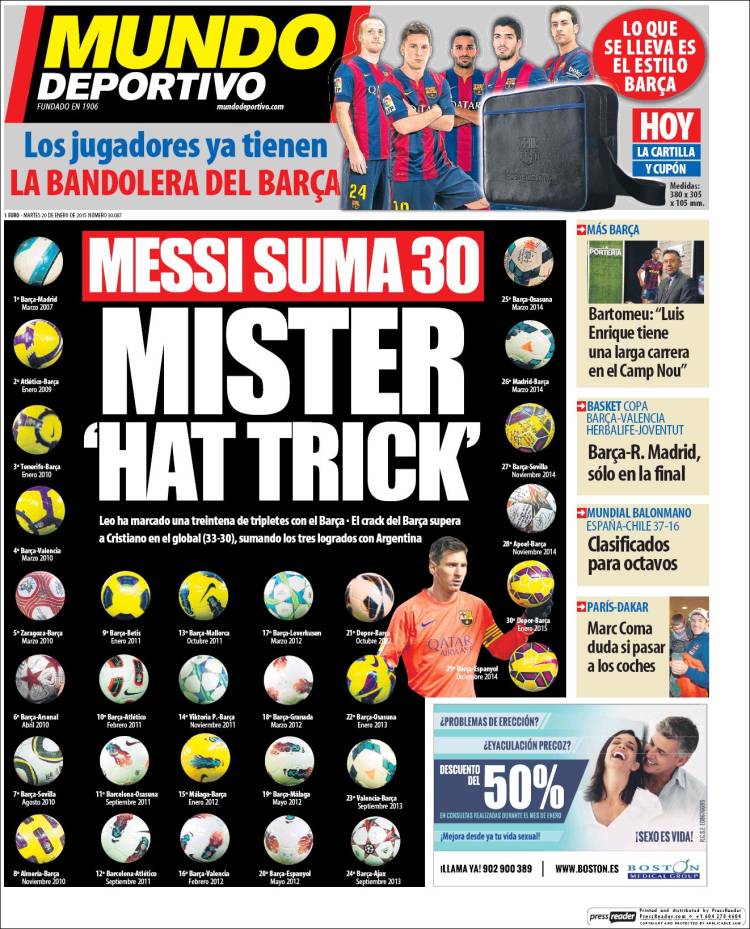 Leo has scored 30 hat-tricks for Barcelona

The Barca star surpasses Cristiano in total (33-30), taking into account his three with Argentina

Bartomeu: “Luis Enrique has a long career ahead of him at the Camp Nou”