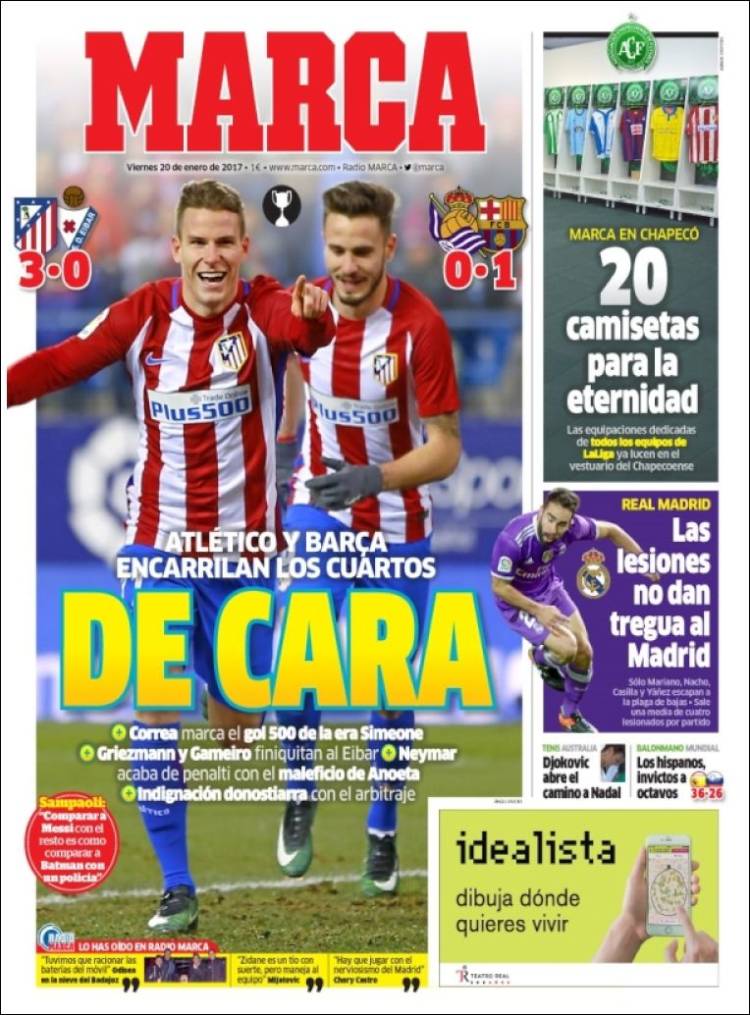 Sampaoli: To compare Messi to anyone else is like comparing Batman to a normal policeman

No letup in Real Madrid injuries - only Mariano, Nacho, Casilla and Yanez have escaped injuries this season - an average of 4 injured per game 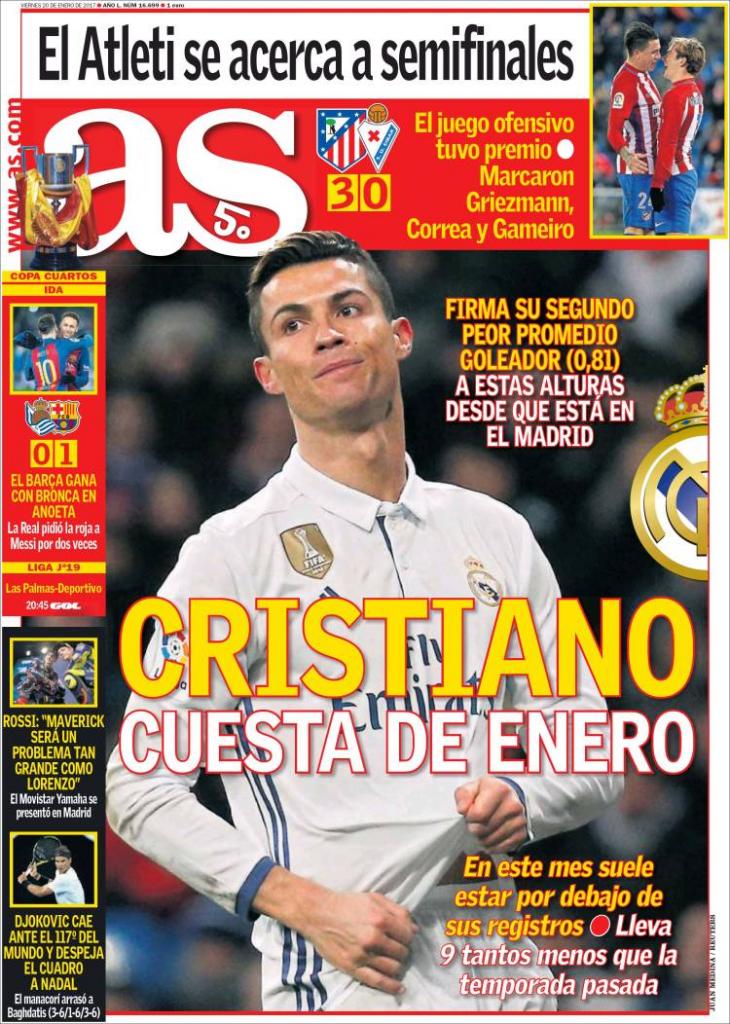 Second worst scoring of 0.81 per game whilst at Real Madrid

Below his RM records, 9 shots less than last season

Atletico approach the semi finals - the offensive game had a prize, goals for Griezmann, Correa, Gameiro 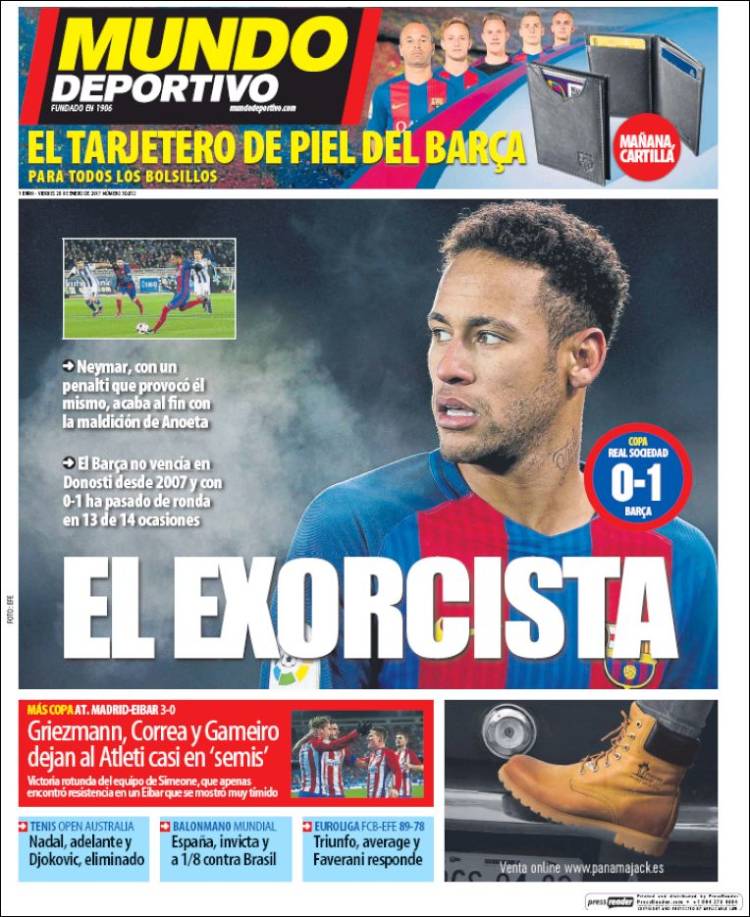 Goals from Griezmann, Correa and Gameiro as Atleti close in on semis - a routine victory for SImeone's side against an unusually timid Eibar