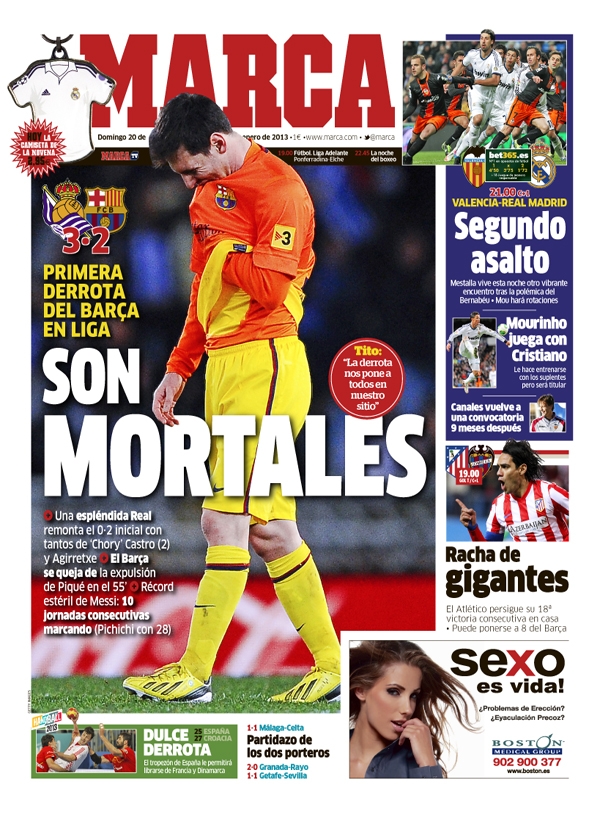 Real Sociedad 3-2 Barcelona: They are mortals

Barca’s Pique is sent off on 55

Messi claims fruitless record on the day: It is now 10 consecutive match-days he has scored

Mestalla to showcase another vibrant meeting after the controversial match at the Bernabeu, Mou to rotate

Mourinho plays with Cristiano: Mou had him training with the substitutes and he may not start

Canales to return to action after nine months out

Atletico to chase their 18th consecutive victory at home; It could put them 8 points behind Barca 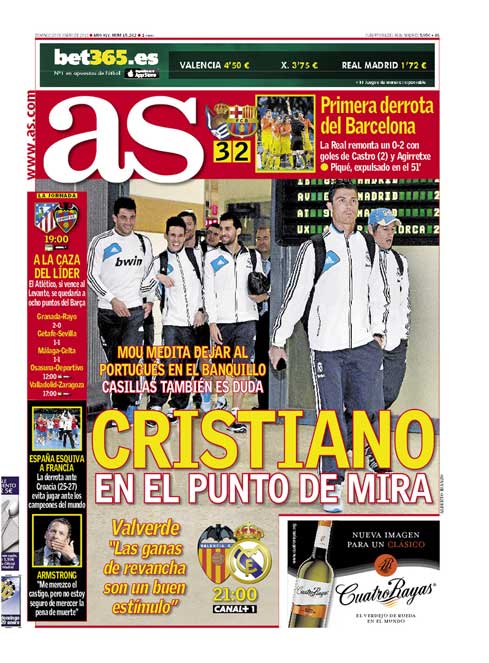 Cristiano in the spotlight

Mou ponders leaving the Portuguese on the bench, Casillas also a doubt

Valverde: “The desire for revenge is a great motivation”

Real Sociedad come back from 0-2 down thanks to goals from Castro (2) and Agirretxe, Pique is sent off on 517

Handball world cup, Spain avoid France: The loss to Croati (25-27) sees them avoid playing the champions of the world

Armstrong: “I deserve to be castigated, but, I am not sure if it is worth dying” 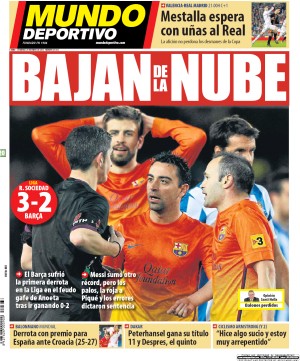 Messi claims another record, but, the woodwork, Pique’s red and some errors sentenced them to defeat

Tito: “The loss has put us all in our place”

The fans will not excuse the outrages from the Copa tie

Handball world cup: A defeat that comes with an award for Spain as they lose to Croatia (25-27)

Cylcing, Armstrong: “I did something dirty and I am very regretful”