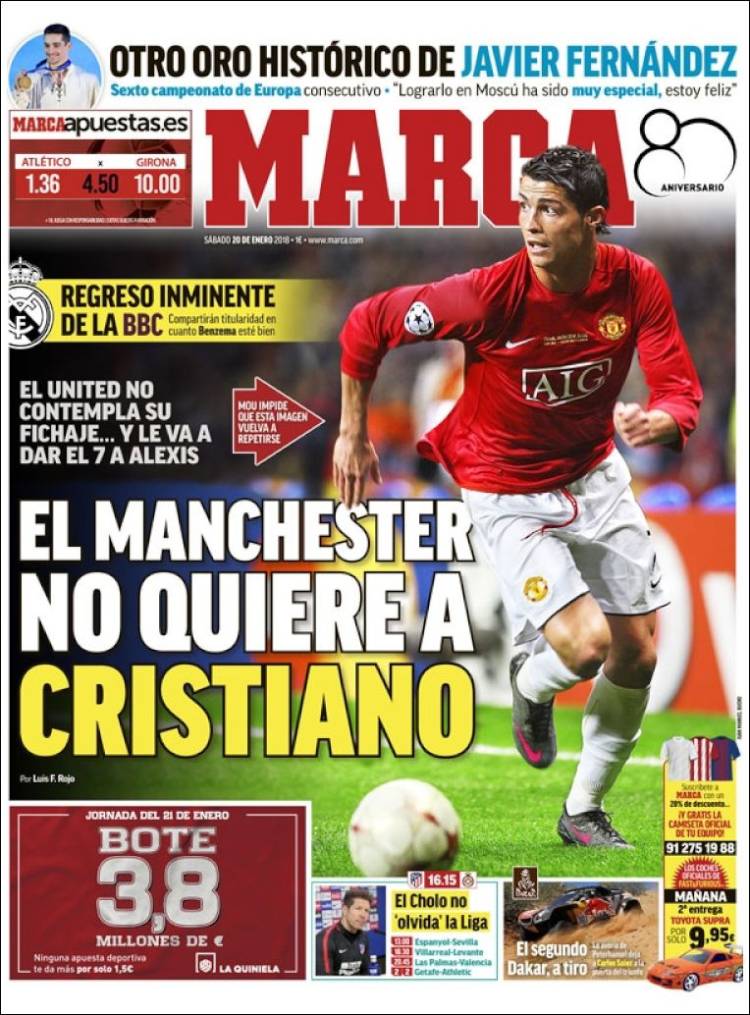 United are not contemplating his signing... and will give their No 7 shirt to Alexis

Mou prevents this image from repeating itself

Manchester do not want Cristiano

Cholo does not 'forget' La Liga 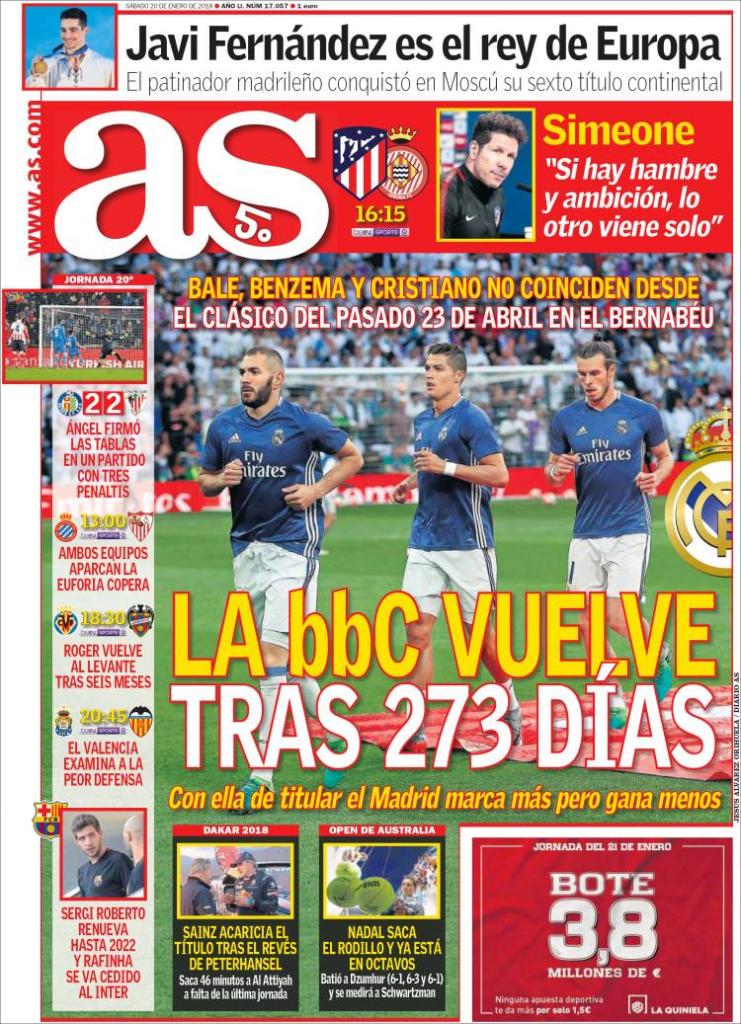 "If you have hunger and ambition, the other thing comes by itself"

Bale, Benzema and Ronaldo have not played together since the Clasico on April 23 at the Bernabeu last year

With them as starters, Madrid have scored more but won less

Angel signs off a match with three penalties

Espanyol and Sevilla both look to put away their cup euphoria

Sergi Roberto renews until 2022, Rafinha is going to Inter 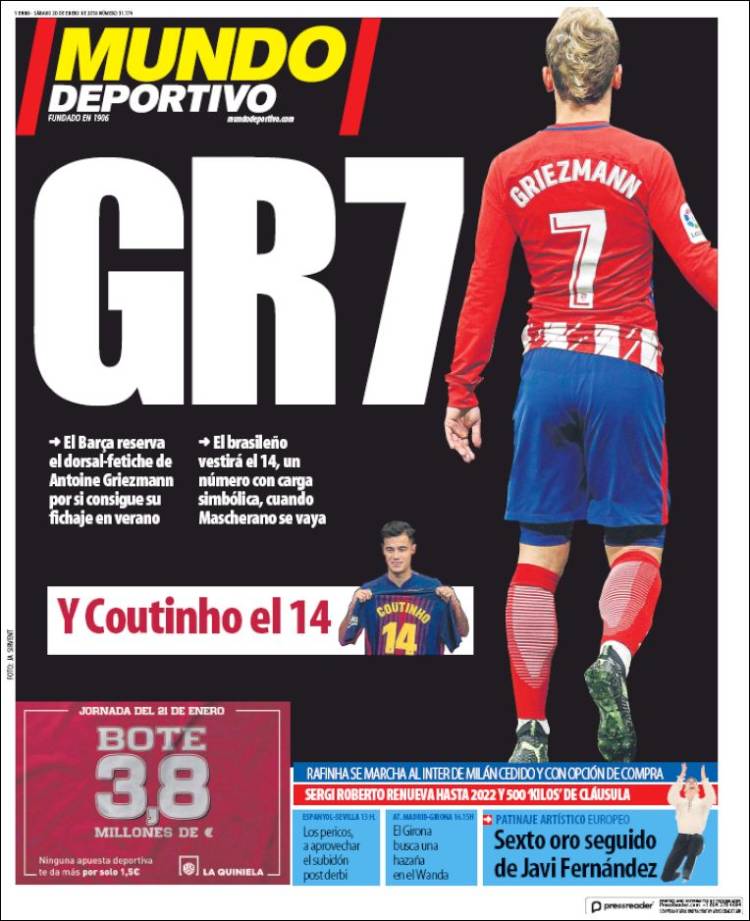 Coutinho will wear No 14, a number with huge meaning, once Mascherano leaves

Rafinha goes to Inter on loan with an option to buy

Sergi Roberto renews until 2022 and has a €500m release clause