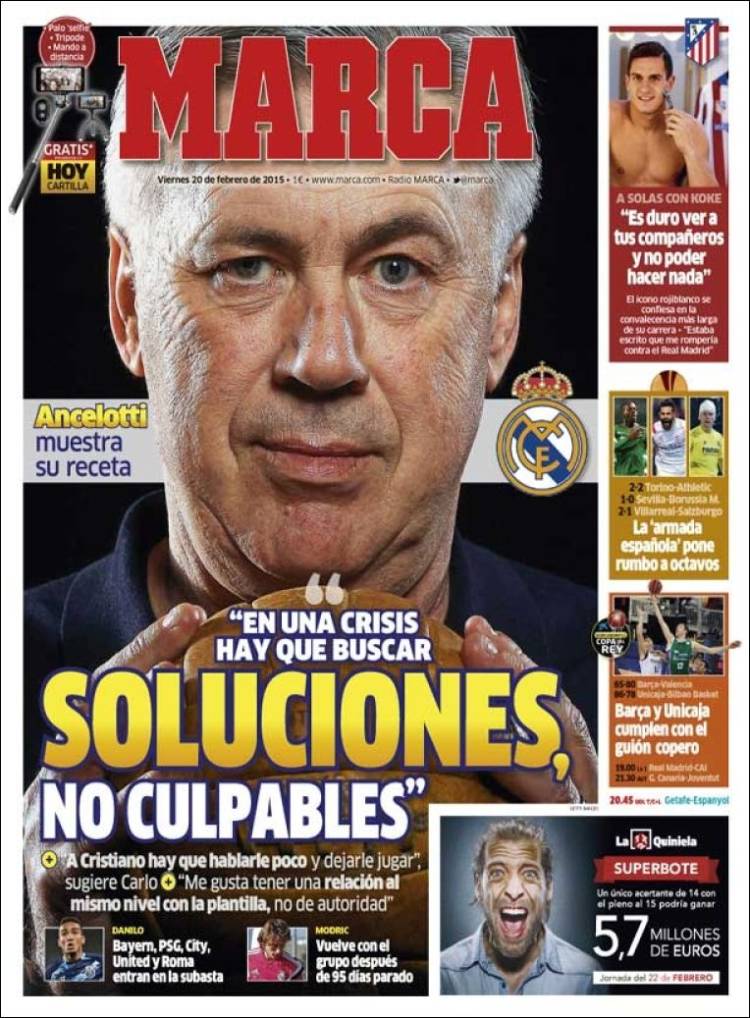 ‘In a crisis we look for solutions, not guilty parties’

‘You have to talk less about Cristiano and let him play,’ Ancelotti suggests

‘I like my relationship with the squad to be on the same level, not of authority’

Returns to the group after 95 days without working

The Rojiblanco icon admits in the longest recovery of his career: ‘It was written that I would break down against Real Madrid’ 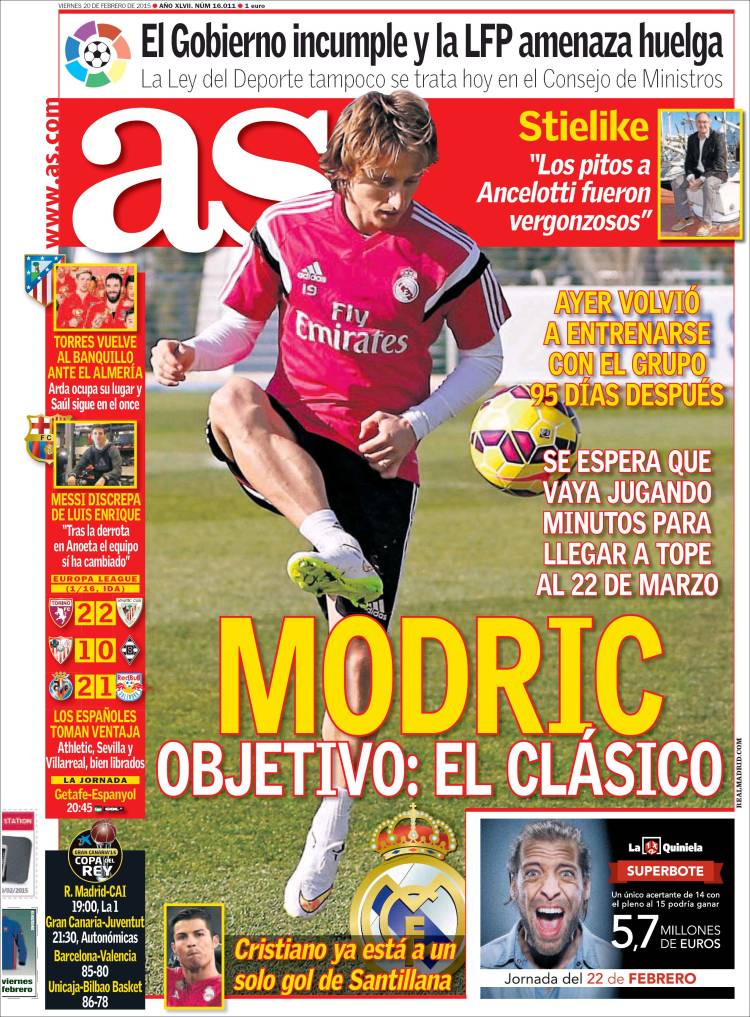 He returned to training with the group yesterday, 95 days without working

The government fails and the LFP threatens strike

The sports bill isn’t now in the Council of Ministers

‘The whistles to Ancelotti were shameful’

Torres returns to the bench against Almeria

Arda takes his place and Saul continues in the XI

‘The team has changed after the defeat at Anoeta’ 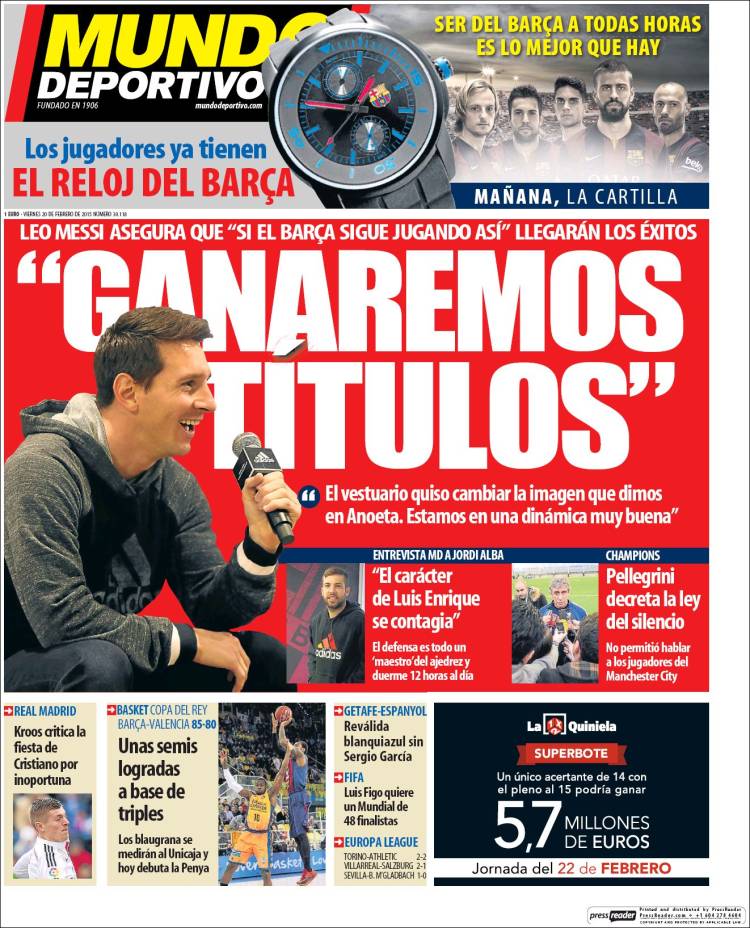 ‘The dressing room wanted to change the image we gave at Anoeta. We’ve found a good dynamic’

‘The character of Luis Enrique is contagious’

Pellegrini enacts a law of silence

He doesn’t allow the Manchester City players to talk