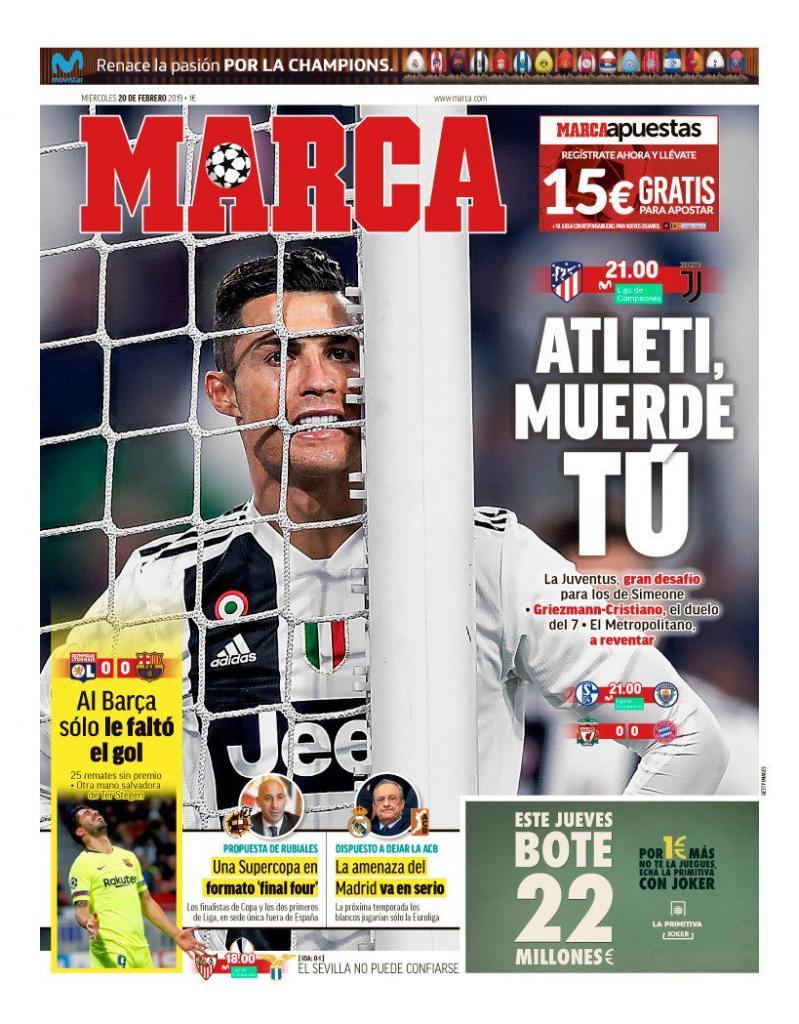 Juve the great challenge for Simeone, duel of Ronaldo-Griezmann, the Wanda Metropolitano is full

Barca only miss the goal

A Supercopa for the 'final four' 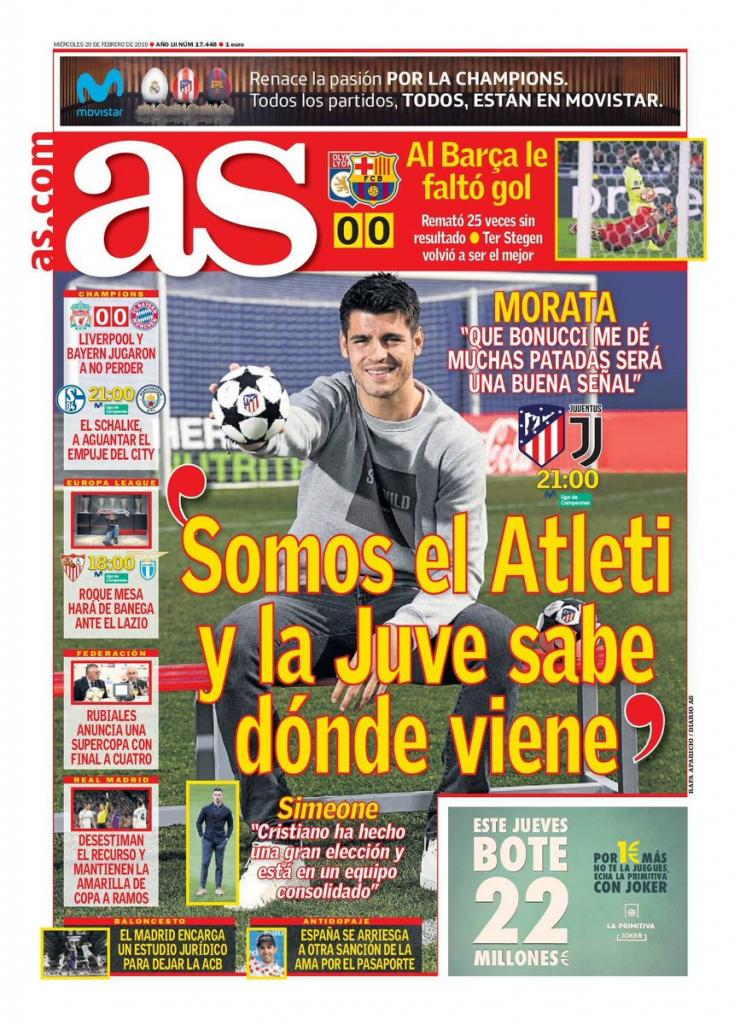 'We are Atleti and Juve know where it comes from

Morata: "If Bonucci kicks me a lot its a good sign"

Simeone: "Ronaldo has made a great choice and is in a consolidated team"

Barca miss the goal - 25 shots with no goal, Ter Stegen returns to be the best

Liverpool and Bayern play not to lose

Rubiales announces a Supercopa of four

Dismissal of appeal of Ramos yellow in Copa 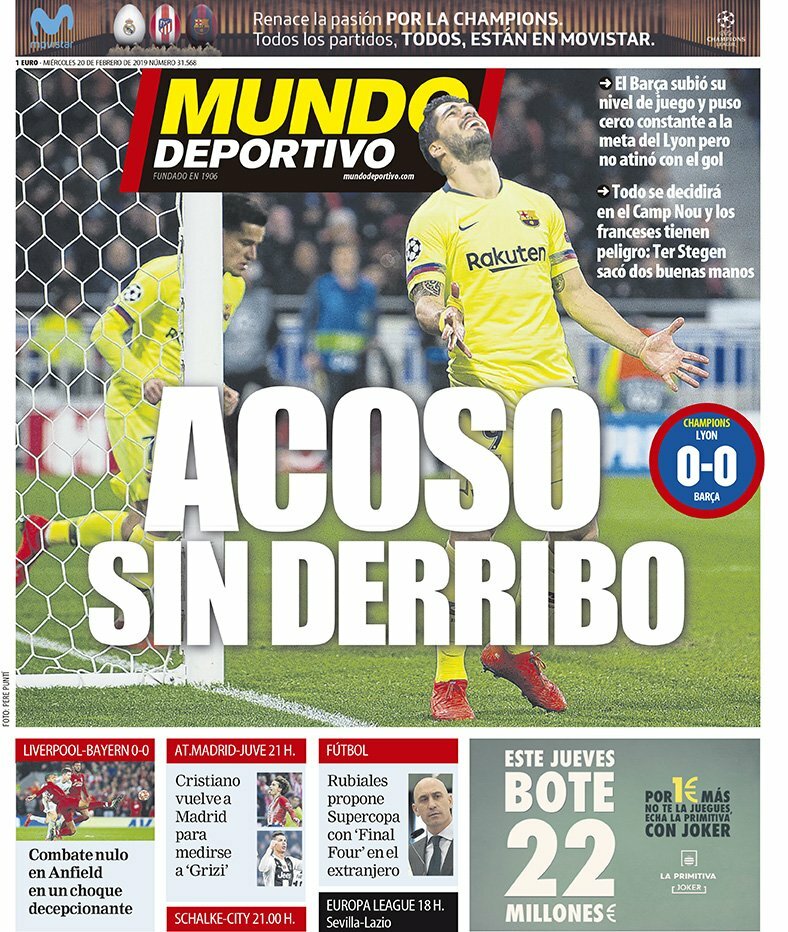 Barca went up a level against Lyon and had lots of efforts but could not score, all to be played for at the Camp Nou next time in a dangerous tie

Ronaldo returns to Madrid to measure himself against Griezmann