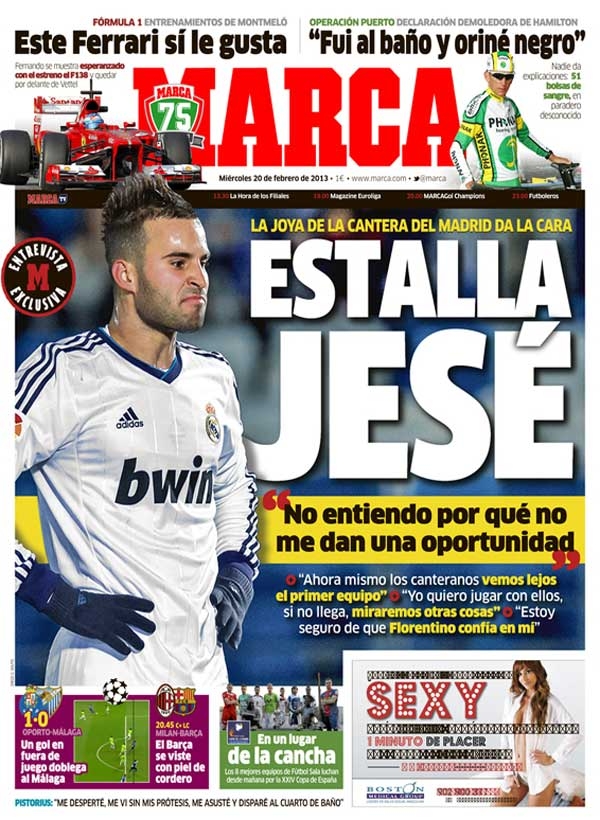 The jewel of the Madrid cantera speaks out

Jesé outburst: "I cannot understand why they have not given me an opportunity"

"I want to play with them, if I do not, I will have to look at other options"

"I am sure that Florentino has confidence in me"

In a place of sport: The eight best teams of Futbol Sala fight for the Copa de Espana

Formula 1: This Ferrari yes he (Alonso) likes it

Fernando shows hope after practising in the F138, leaving Vettel behind him

Operation Puerto: Devastating declaration from Hamilton, "I was in the bathroom and my urine was black"

Nobody gives explanations: 51 blood samples and their whereabouts unknown 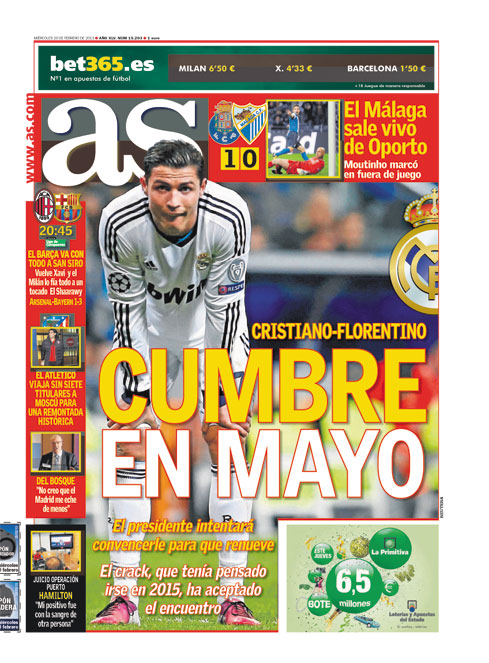 Cristiano Ronaldo summit in May

The President will try and convince him to renew

The ´Crack´, who has thought to leave in 2015 will attend the meeting

Moutinho scores from an offside position

Milan v Barca¨: Barca have everyone ready for the San Siro

Del Bosque: "I do not think Real Madrid miss me"

Operation Puerto, Hamilton: "My positive test was with the blood of someone else" 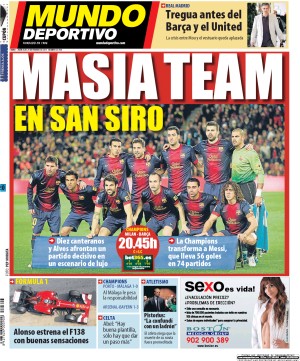 Masia team at the San Siro

Real Madrid: A truce is called ahead of Barca and United games

The crisis between Mou and his team is put aside

Porto 1-0 Malaga: The responsibility weighs down on Malaga

Celta, Abel: "There is a great team, only they must give more"

Athletics, Pistorius: "I thought she was a robber"

The Athlete denies that the death of his girlfriend was premeditated

Formula 1: Alonso trains in the F138 and feels great