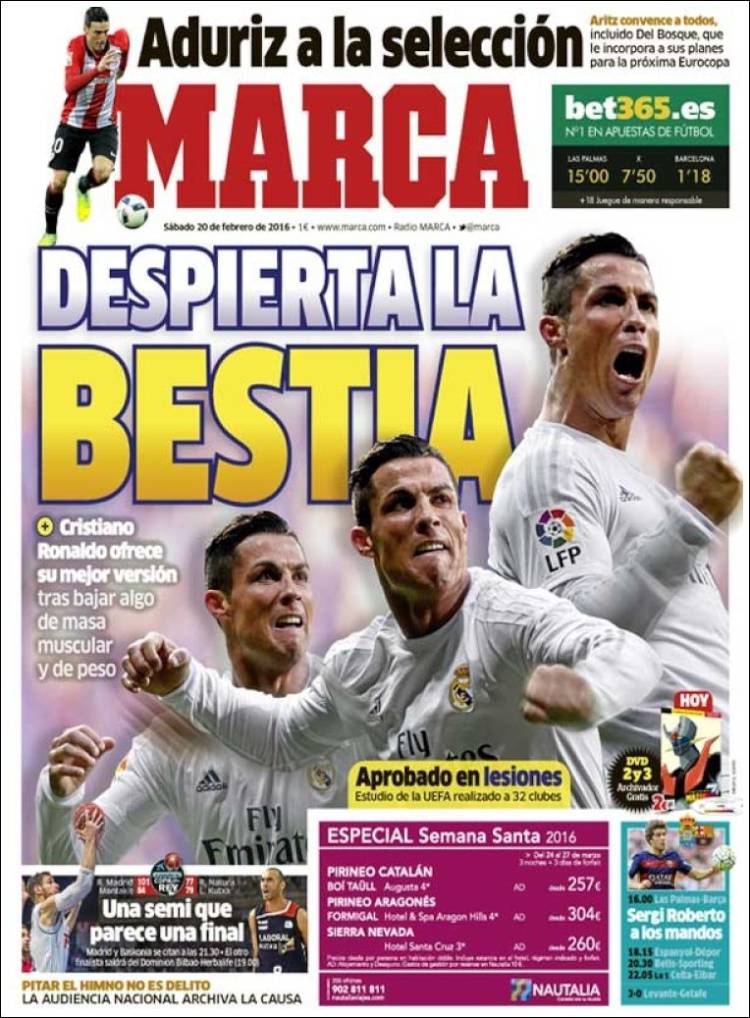 Aduriz for the selection

Aritz convinces everyone, including Del Bosque, that he should enter Spain’s plans for the European Championship

Sergi Roberto behind the wheel

Booing the anthem is not a crime

The National Court filed the case 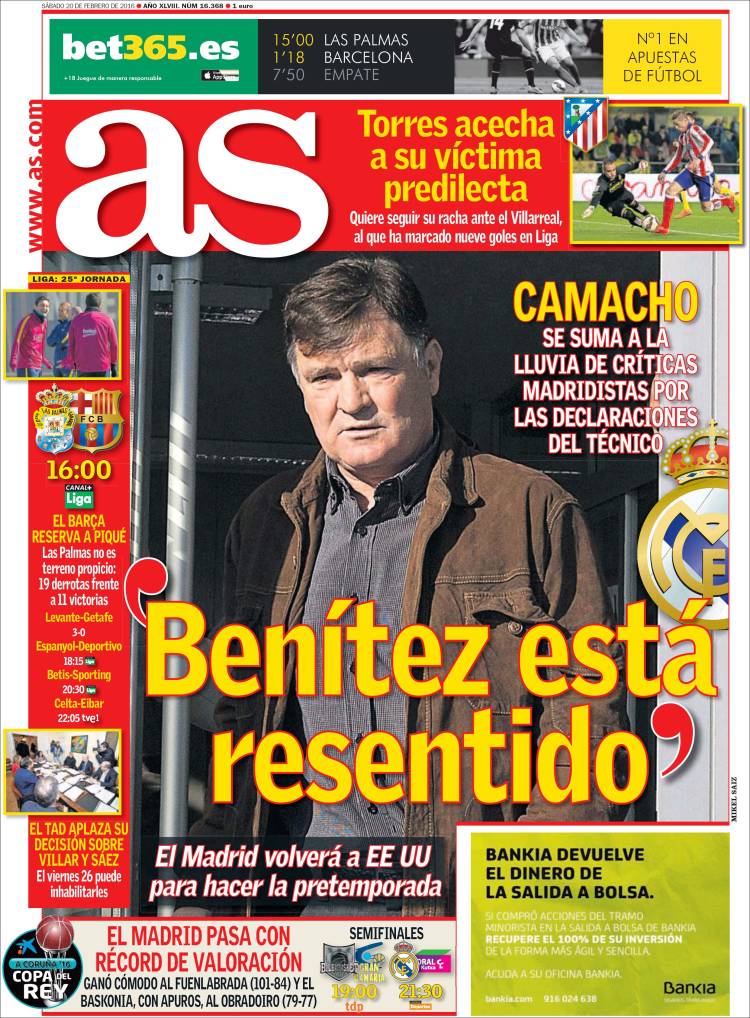 Madrid will return to the US for preseason

Torres preys on his favourite victims

He wants to continue his streak against Villarreal, whom he has scored nine League goals against

There is no middle ground with Las Palmas: 19 losses to 11 wins

TAD postpones its decision on Villar and Saez

The pair could be punished on Friday 26 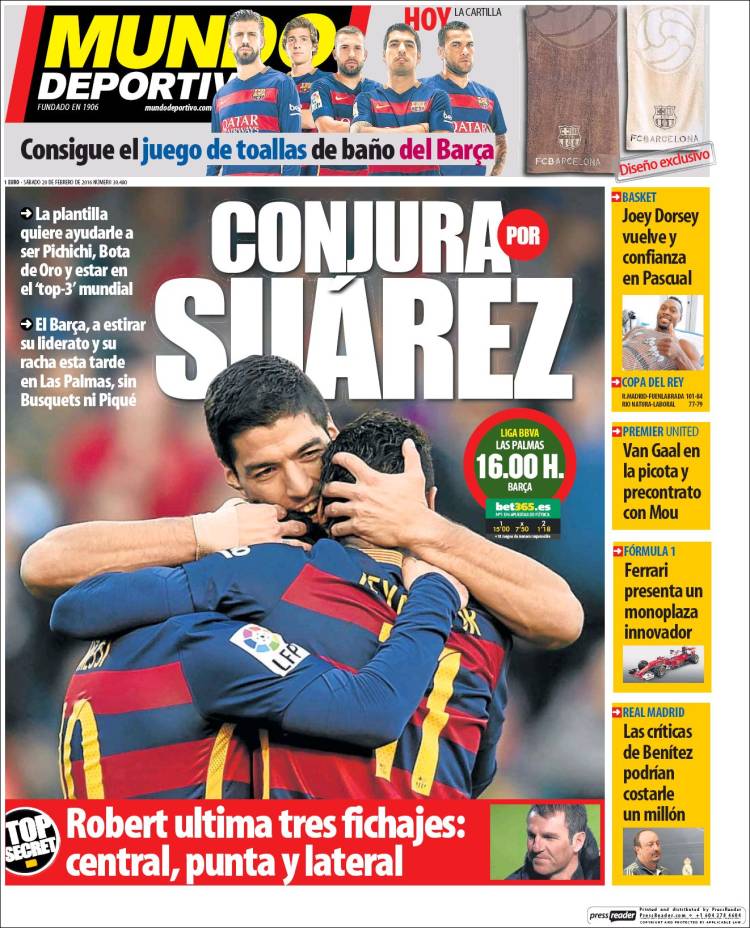 The squad want to help him become top scorer, win the Golden Boot and be among the world’s ‘top three’

Van Gaal at stake as Mou signs a pre-contract

Benitez’s criticism could cost him a million