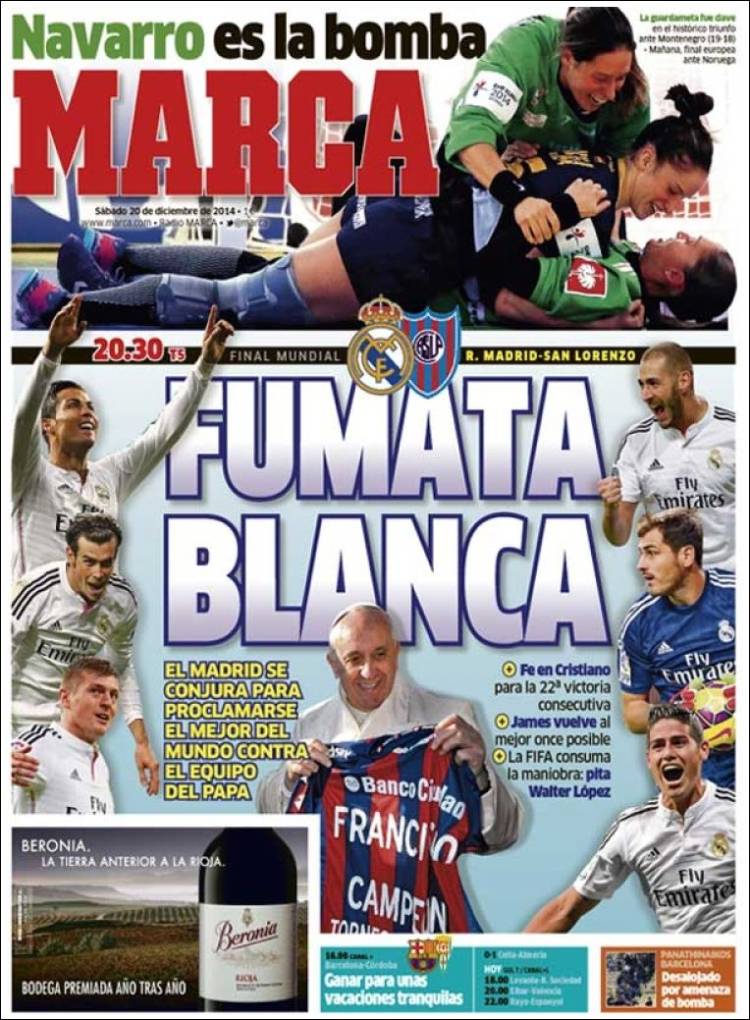 Trust in Cristiano for a 22nd consecutive victory

Barcelona-Cordoba: a win for a relaxed holiday 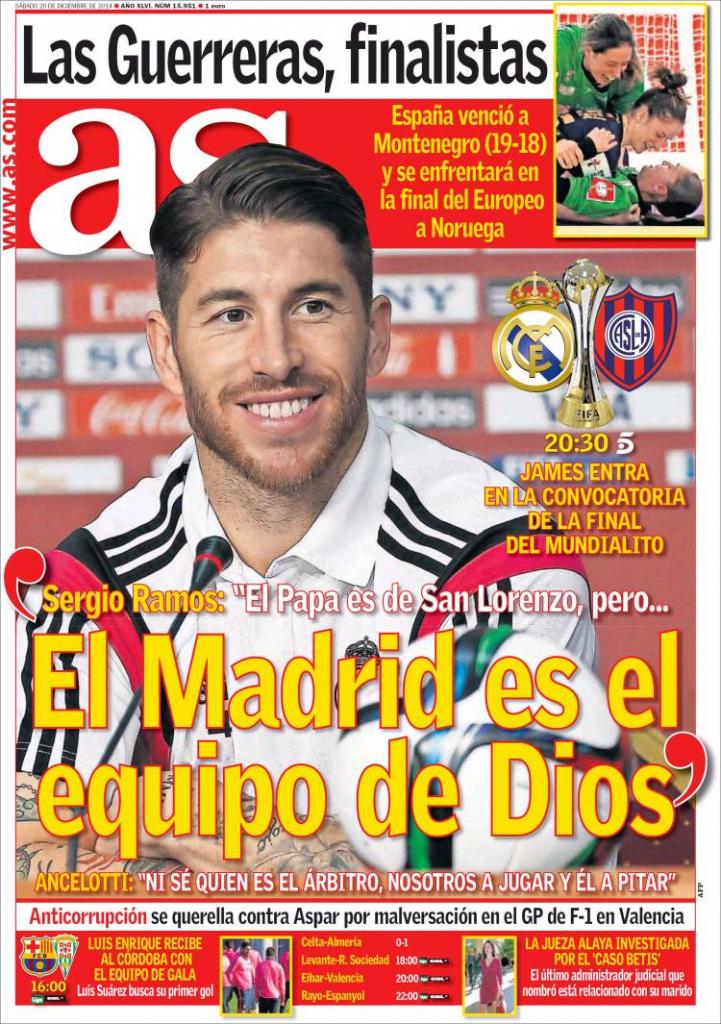 Sergio Ramos: “The Pope is a San Lorenzo fan but...Madrid is God’s team”

Ancelotti: “I don’t know who the referee is. We will play and he will referee”

James comes into the squad for the Club World Cup final 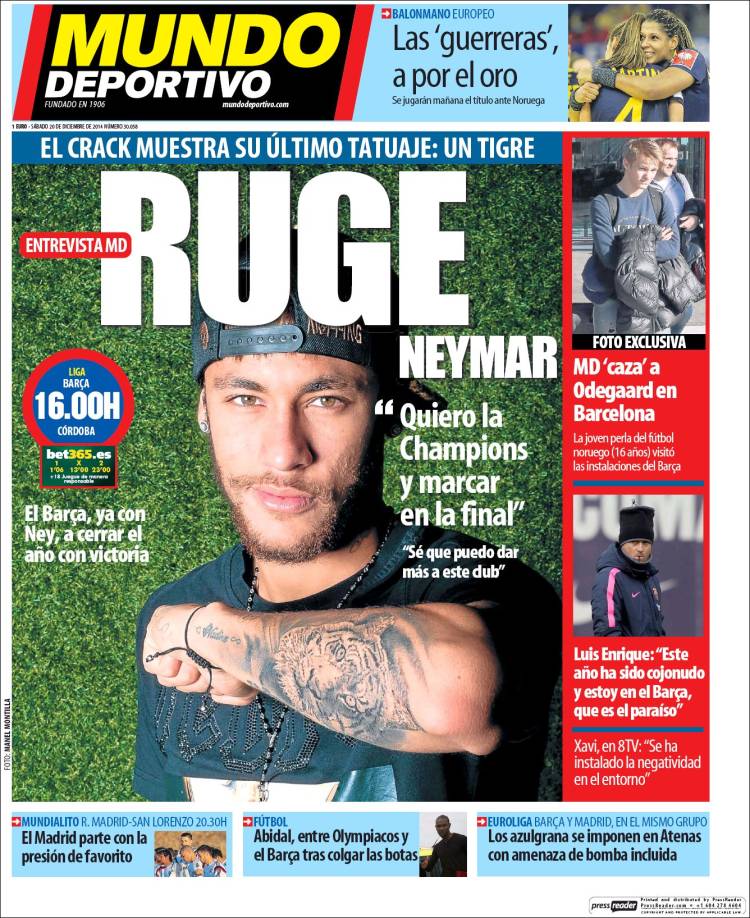 ‘Ruge’ Neymar: the star shows his latest tattoo – a tiger

Barca, with Neymar back, want to end the year with a victory

MD ‘hunts down’ Odegaard in Barcelona

Luis Enrique: “This year has been awesome and I’m at Barcelona, which is paradise”

Xavi on 8TV: “They have introduced negativity into the environment”

Madrid go out with the pressure of being favourites

Abidal, between Olympiacos and Barca after hanging up his boots