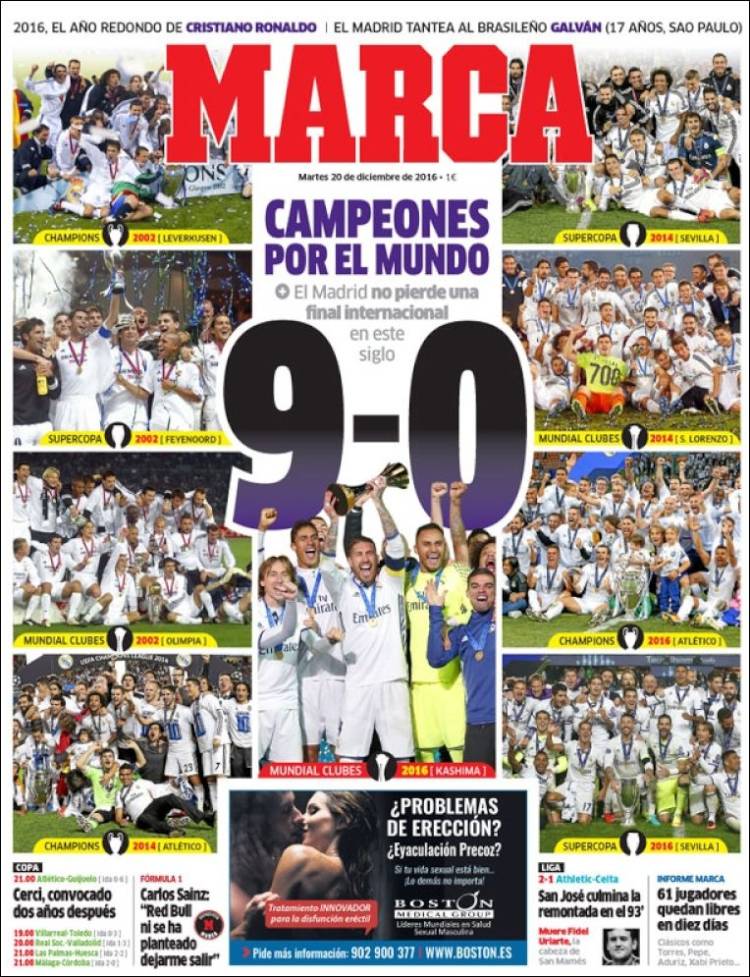 Champions around the world!

61 players who will be free in ten days 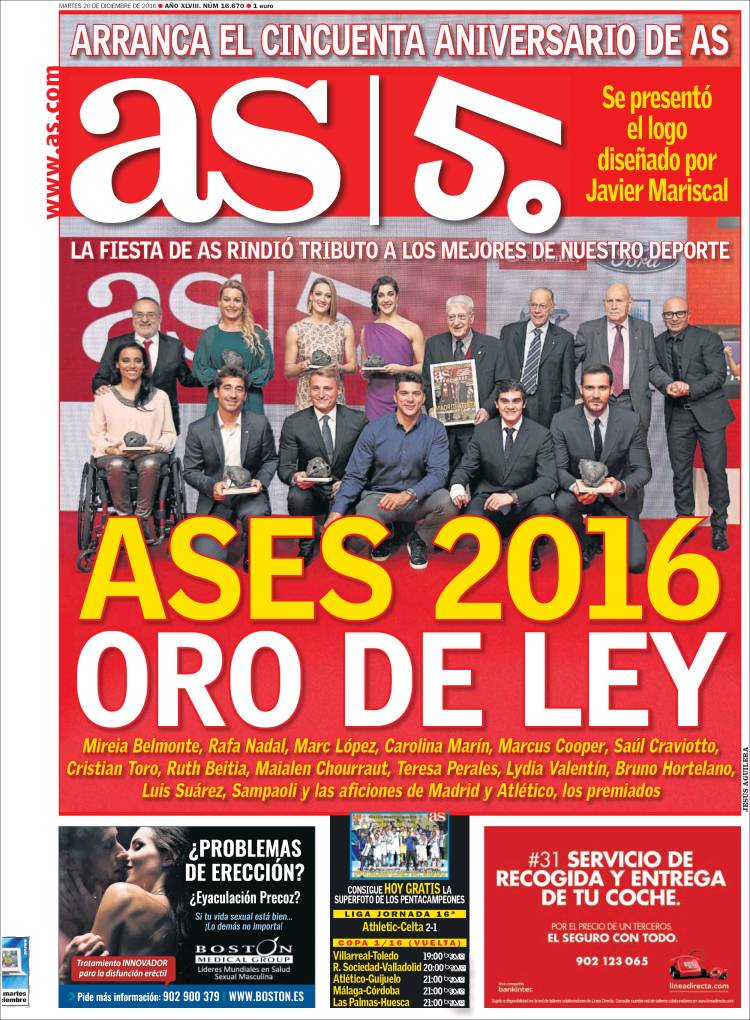 To mark the 50th anniversary of AS 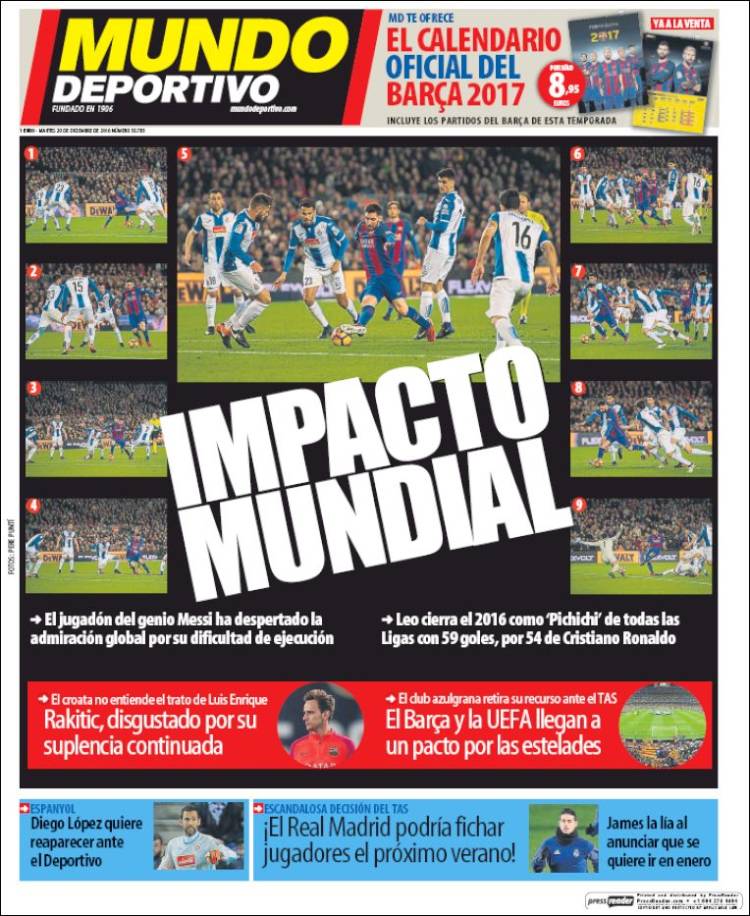 Messi’s genius has awakened global recognition of his talent

Lionel finishes 2016 as ‘Pichihi’ on 59 goals, five ahead of Ronaldo

Rakitic – disgusted by his continuous substitutions

Barca and FIFA arrive at pact for Catalan flags