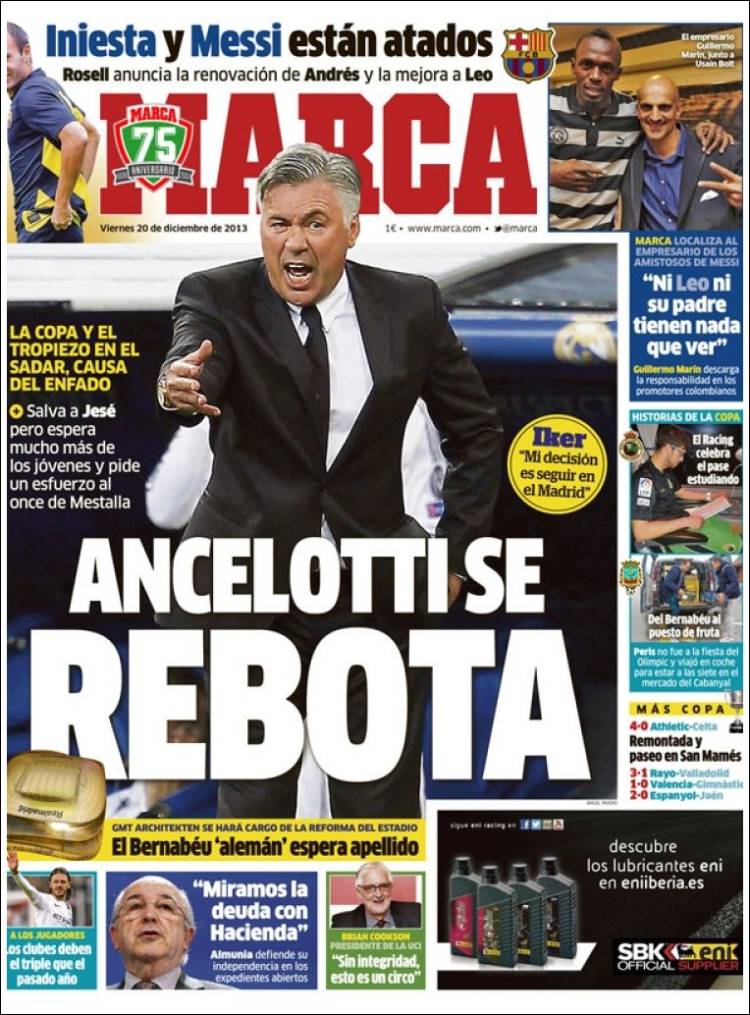 The Copa game, the stumble in El Sadar have made him angry

Apart from Jese, he hoped for much more from his young players and is asking for a bigger effort from his players at the Mestalla

Iniesta and Messi are tied together

Rosell announces Iniesta's renewal and he will improve Messi's contrac

"Nor Leo or his father have nothing to do with it," Guillermo Marin does not hold them responsible for the Columbian promoters

The German Bernabeu awaits a name 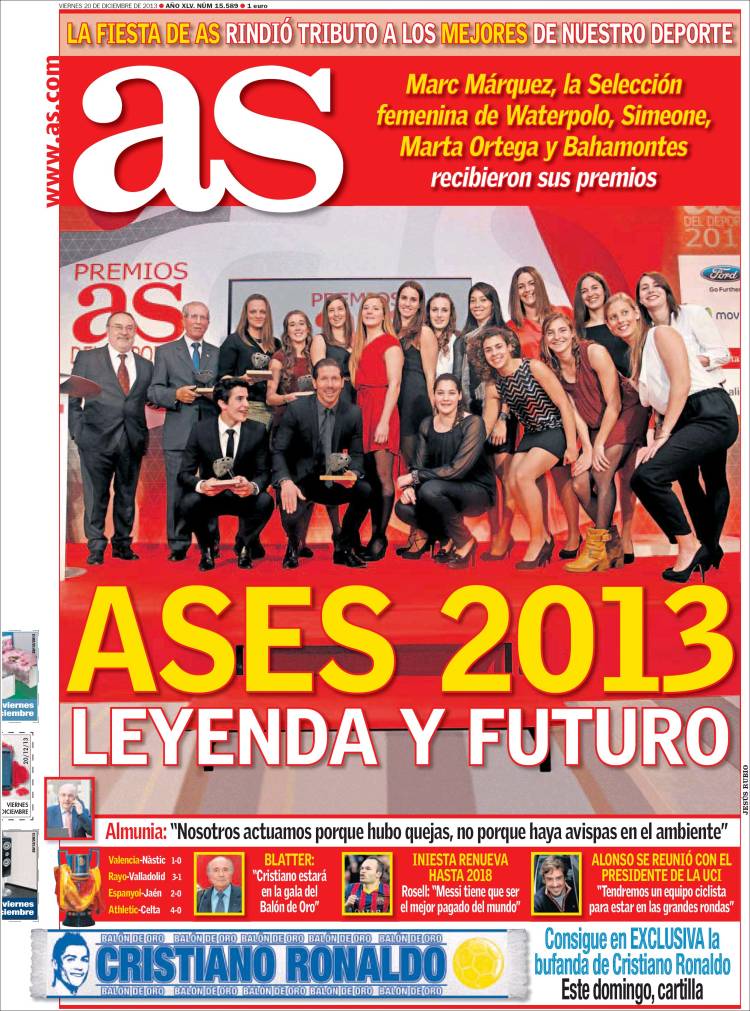 Legends and the future

Alumnia: "We are acting because there have been complaints"

Blatter: "Cristiano will be at the Balon d'Or gala"

Rosell: "Messi has to be the best paid player in the world"

Alonso reunites with the President of UCI 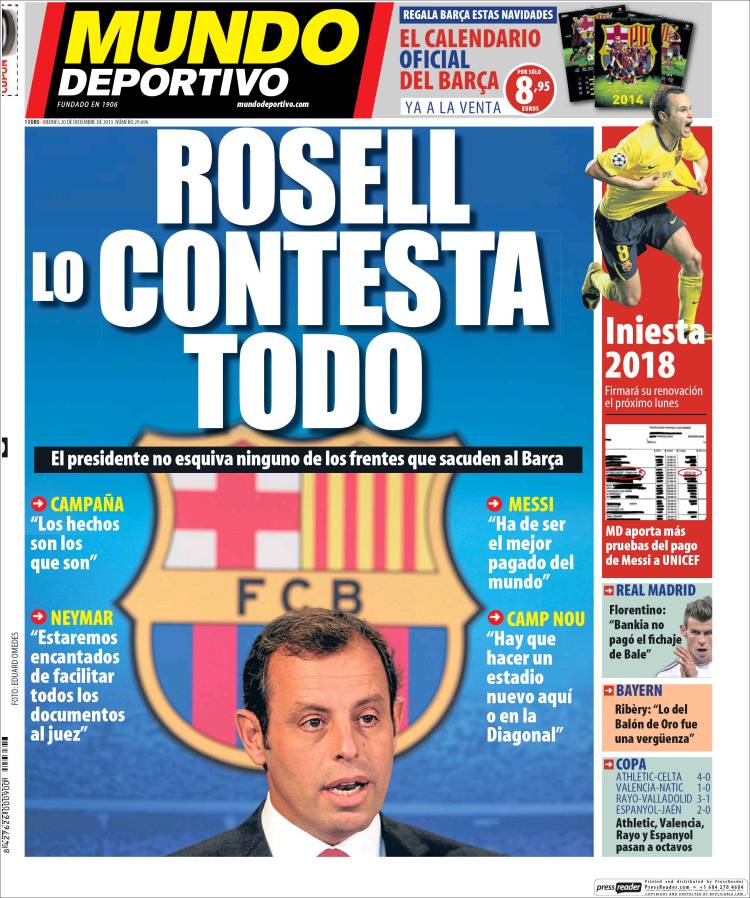 The president does not dodge one of the questions posed

Campaign: "The facts are what they are"

Messi: "He has to be the best paid player in the world"

Neymar: "We will be happy to provide the documents to the judge"

Camp Nou: "There has to be a new stadium here or close by"

Real Madrid, Florentino Perez: "Bankia did not pay for Bale"

Bayern, Ribery: "To extend the voting for the Balon d'Or was a disgrace"