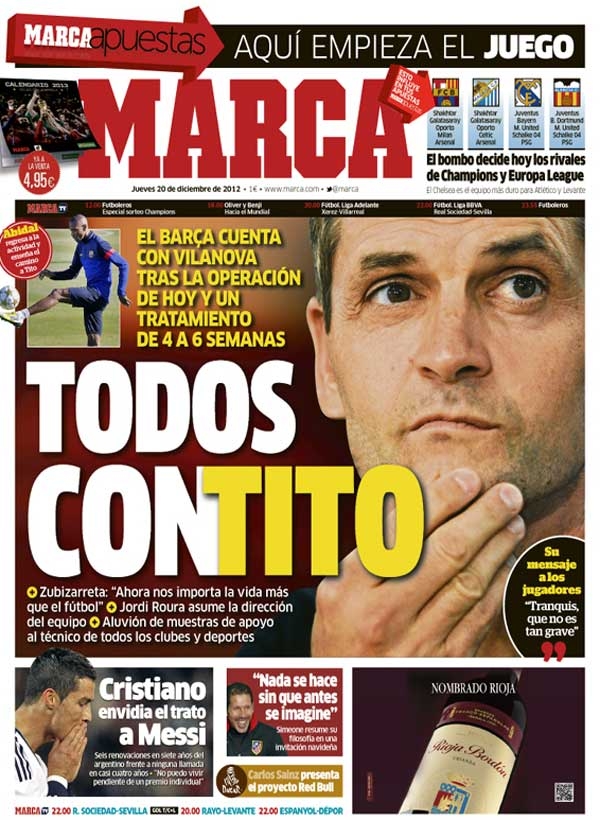 Vilanova’s message to his players: “Relax, it is not that serious”

Six contract renewals in seven years for the Argentino and not one call is almost four years for Ronaldo: “I cannot live waiting for an individual award”

Diego Simeone: “Nothing is achieved without imagining it first” 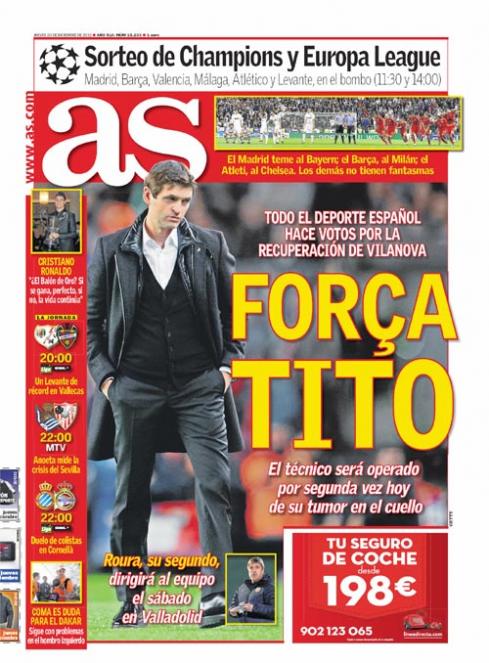 Everyone in Spanish sport prays for Vilanova to recover

Roura, the assistant coach, takes over for this weekend’s match against Valladolid

The draw for the Champions League and Europa League

The others have no ghosts

Ronaldo: The balon d’or? If I win, perfect, if I don’t, life continues”

Real Sociedad v Sevilla: The extent of Sevilla’s crisis to be measured at the Anoeta

Espanyol v Deportivo: A duel of the cellar-dwellers at the Cornella

Coma is a doubt for Dakar: He continues to have problems 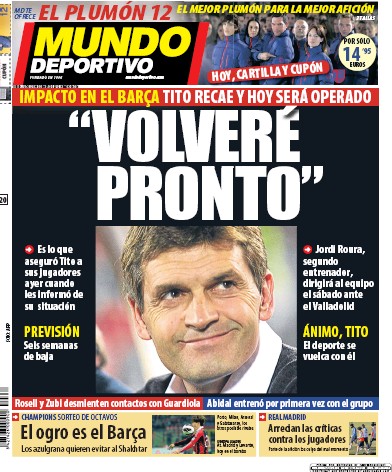 “I will return shortly”: This is what Tito assured his players yesterday when he informed them of the situation

A blow for Barca; Tito suffers a recurrence and today will have an operation

Tito is expected to be out for six weeks

Jordi Roura, the assistant coach, will take control of Barcelona for their match this Saturday against Valladolid

Come on Tito, sport takes a back seat

Abidal trains for the first time with the team

Champions: the draw for the round of 16

Barca are the ogres

The Azulgrana want to avoid Shakhtar

Porto, Arsenal, Milan and Galatasaray the other possible rivals

Real Madrid: the criticism against the players escalates