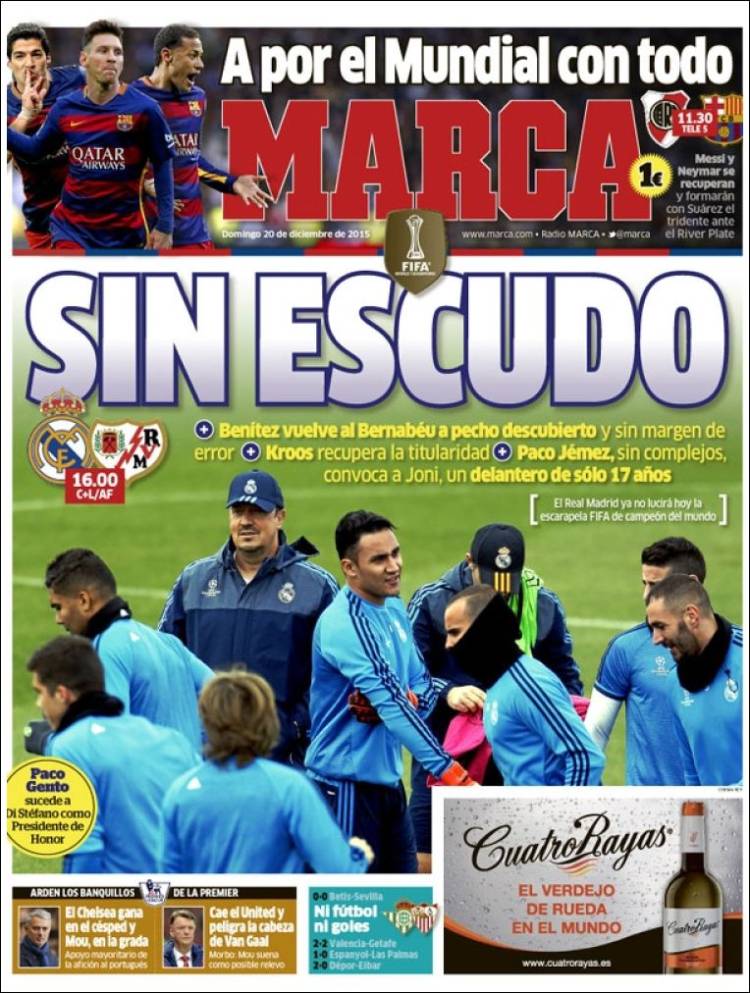 Paco Jemez, unapologetic, calls up Joni, a forward of only 17 years

Everyone for the Club World Cup

Chelsea win on grass, with Mou in the stands

Fascinating: Mou sounded out as a possible replacement 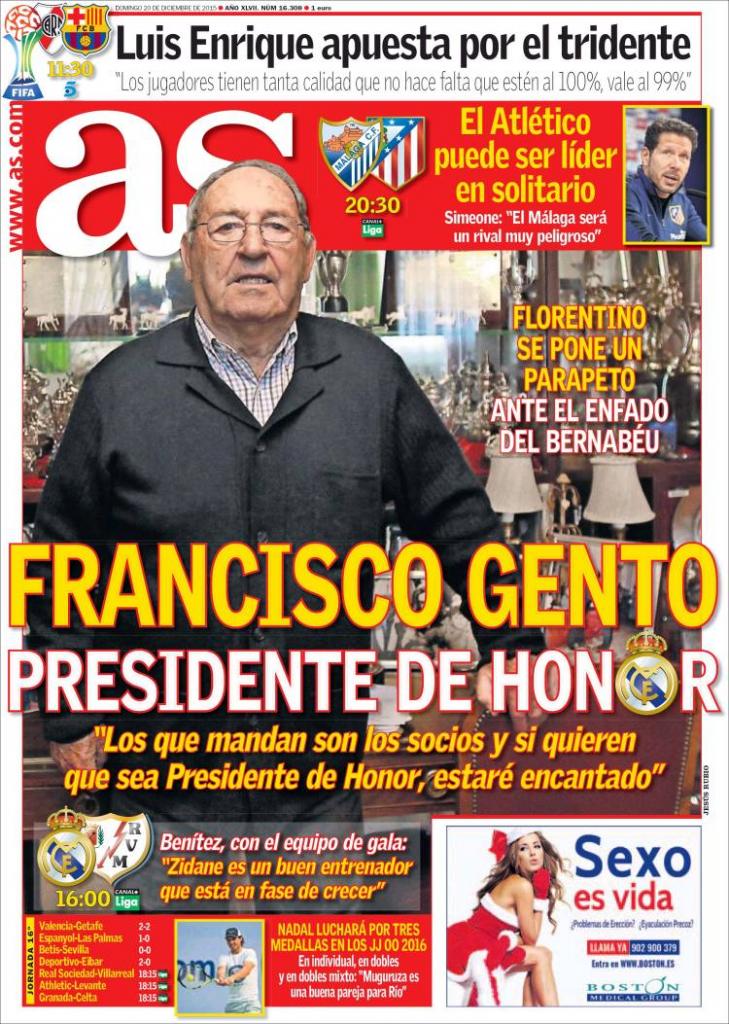 Florentino puts up a barricade against the anger of the Bernabeu

Benitez, with a full team: “Zidane is a good Coach who is still developing”

Luis Enrique is committed to the trident 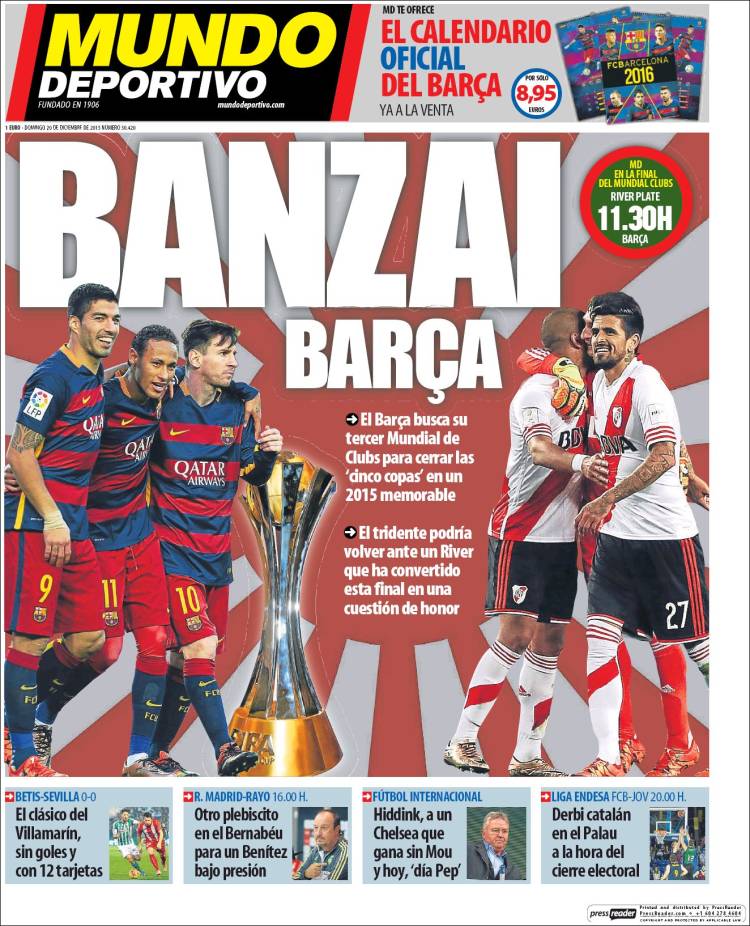 The trident could return against a River side, who have turned this final into a matter of honour

The Villamarin derby ends with no goals and 12 cards

Another referendum at the Bernabeu for Benitez, who remains under pressure