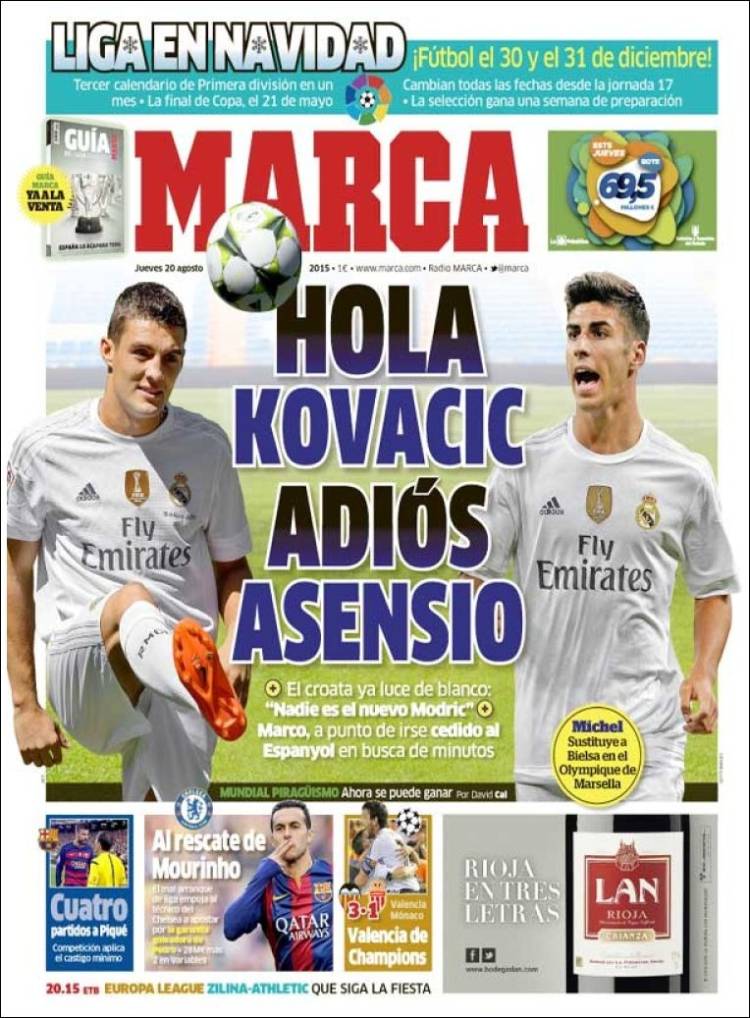 The Croatian already shines in white: “Nobody is the new Modric”

Marco, about to go to Espanyol in search of minutes

Third calendar for the Primera Division in a month

Change all dates for round 17

The national team gets a week to prepare

To the rescue of Mourinho [Pedro to Chelsea]

Valencia in the Champions League 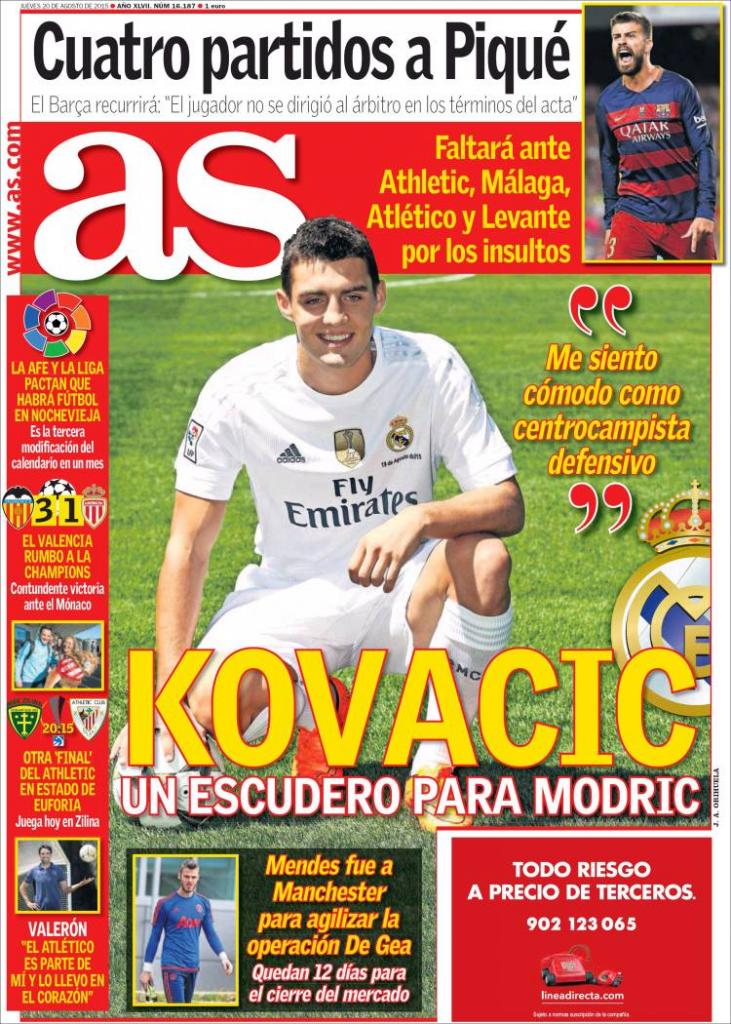 A squire for Modric

“I feel comfortable as a defensive midfielder”

Barca appeal: “The player didn’t address the referee under the terms of the act”

Miss Athletic, Malaga, Atletico and Levante for the insults

It’s the third modification to the calendar in a month

Valencia on course for the Champions League

A forceful win over Monaco

Another ‘final’ for Athletic in a state of euphoria

Mendes went to Manchester to speed up the De Gea operation

There are 12 days until the market closes 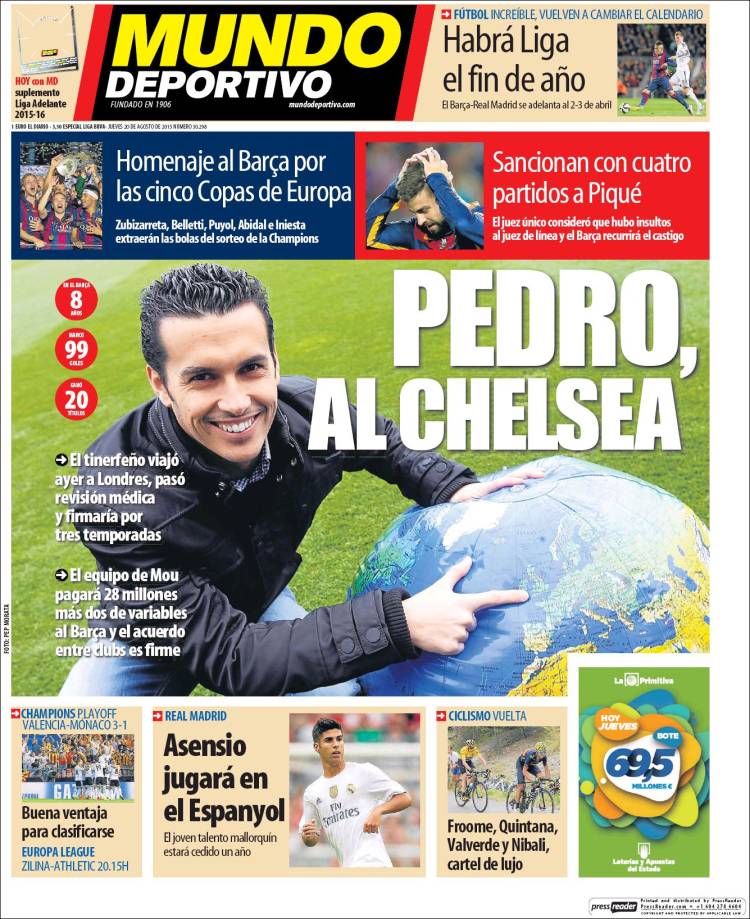 The one from Tenerife yesterday travelled to London, passed a medical and will sign for three seasons

Incredible, they change the calendar again

There will be La Liga to end the year

Tribute to Barca for the five European Cups

Zubizarreta, Belletti, Puyol, Abidal and Iniesta to draw the balls in the Champions League draw

Asensio to play for Espanyol

The young Mallorcan talent loaned for a year