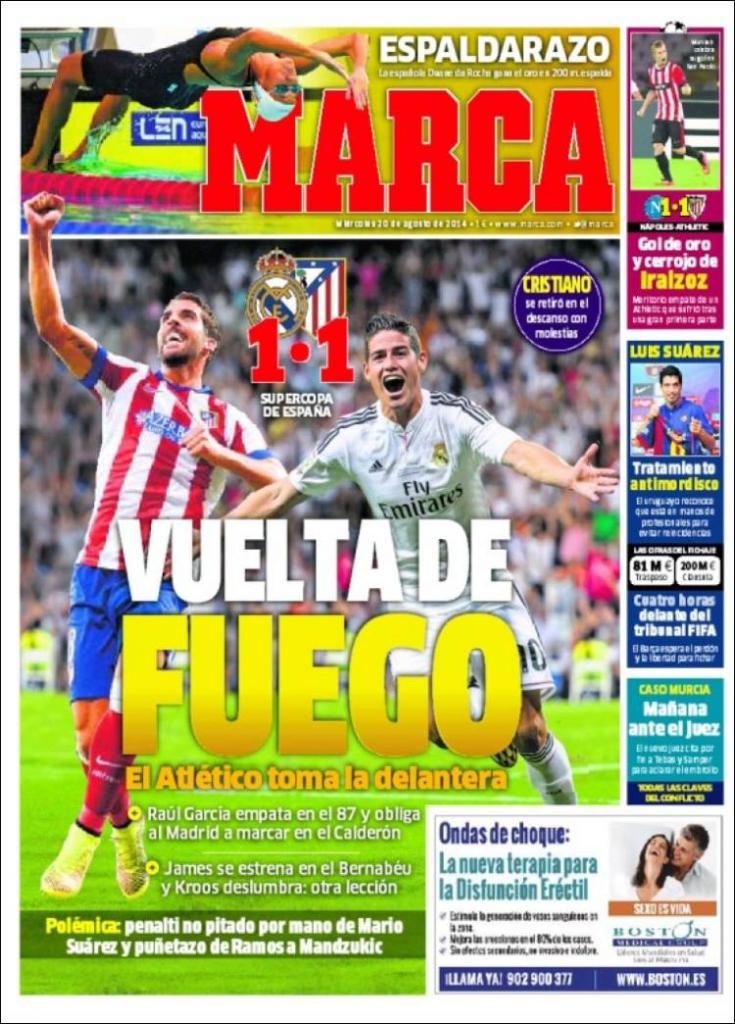 James debuts at the Bernabeu and Kroos dazzles: another lesson

Controversy: Penalty not given for the handball by Mario Suarez and the punch by Ramos on Mandzukic

Cristiano went off at half time in discomfort

Four hours in front of a FIFA tribunal

Barca hope for a pardon and the freedom to sign

In front of the judge tomorrow 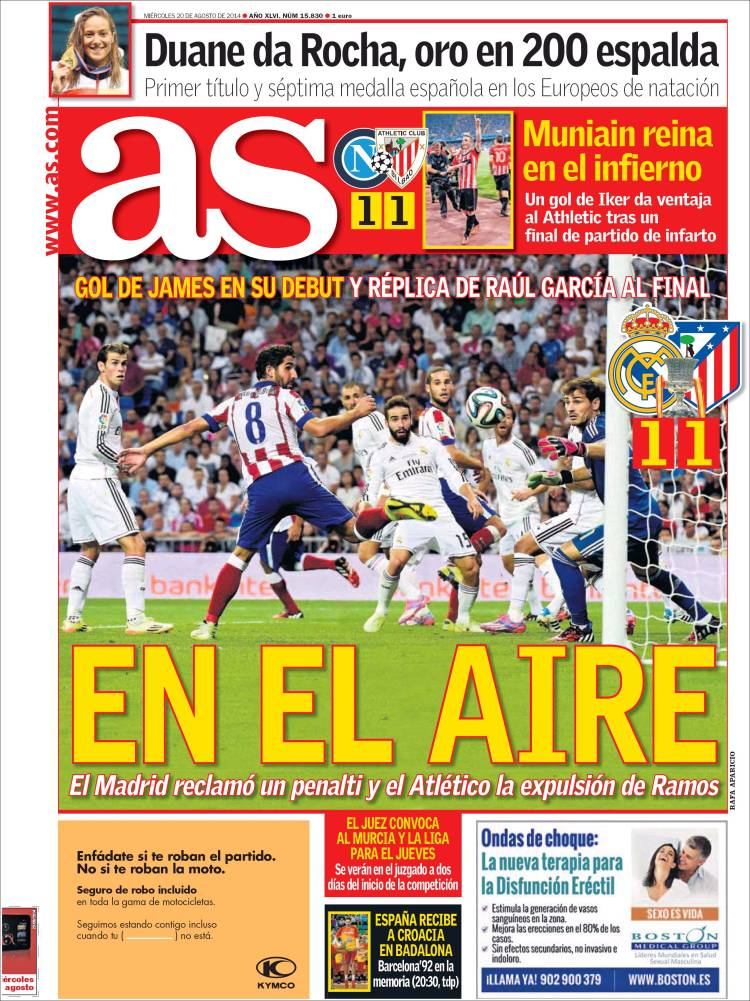 Up in the air

The judge summons Murcia and La Liga for Thursday 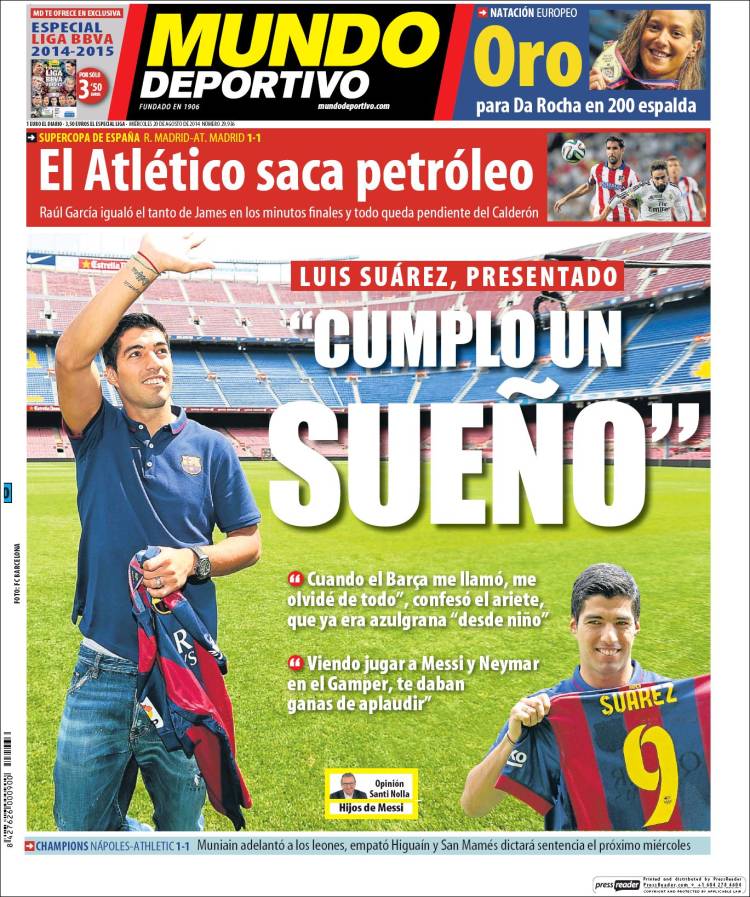 'I have fulfilled a dream'

'When Barca called me, i forgot everything', confesses the striker who has been azulgrana since a boy

Muniain put Los Leones ahead, Higuain levelled and San Mames will give sentence next Wednesday