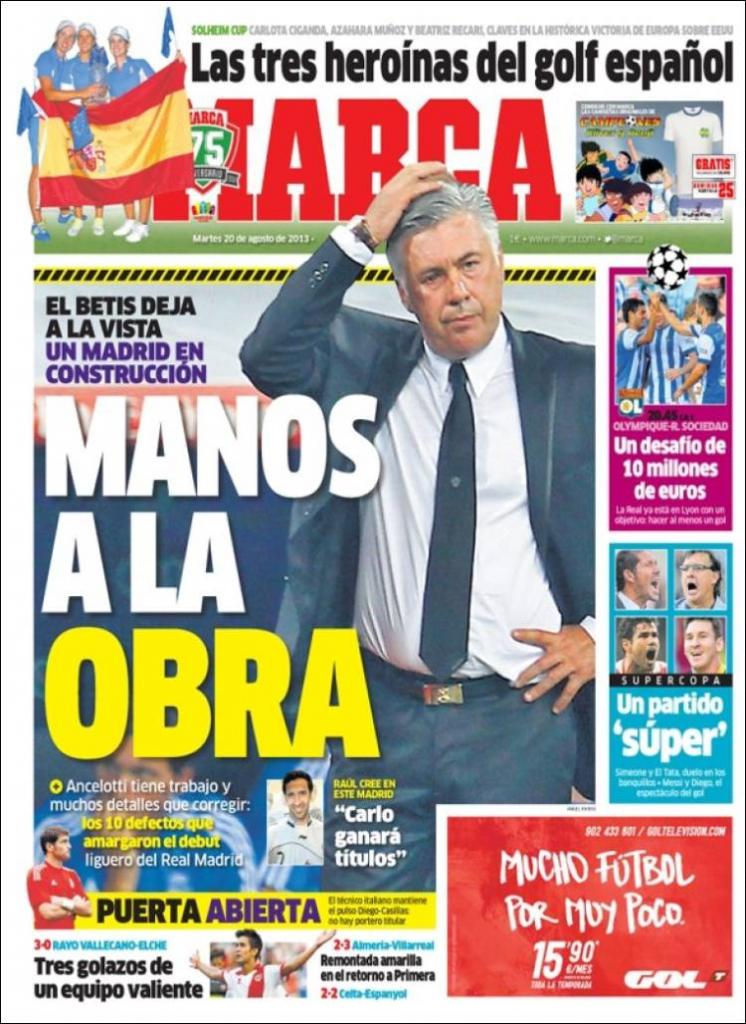 Work on his hands

The Betis game show that Madrid is a work in progress

Ancelotti has work to do and must correct the details

The 10 defects that hampered his debut

La Real are already in Lyon with one objective, to score one goal

Almeria 2-3 Villarreal: A comeback from the Yellows on their Primera return

The three Spanish heroins: Solheim Cup, Carlota Ciganda, Azahara Munoz and Beatriz Recari, keys to Spanish victory over the US 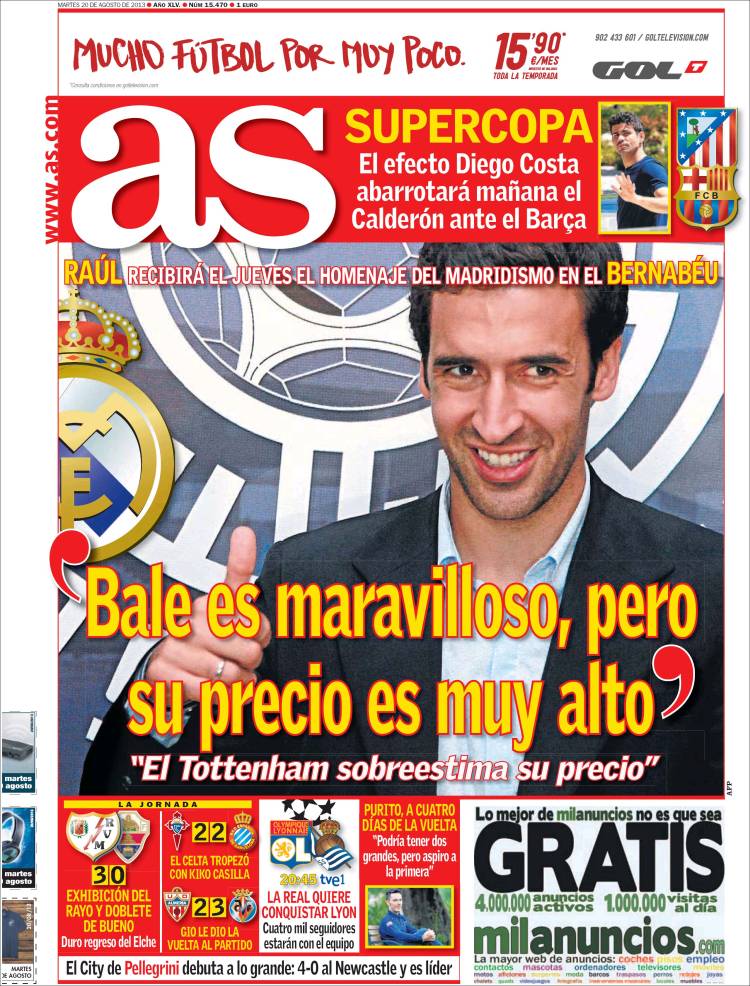 "Bale is marvellous but the price is very high," Raul

"Tottenham have overpriced him"

Supercopa: The Diego Costa will ensure a full house against Barca

Purito, four days on the return

"I could have two great ones, but, I will aspire for the first"

Rayo Vallecano 3-0 Elche: Rayo put on an exhibition and Bueno gets a double 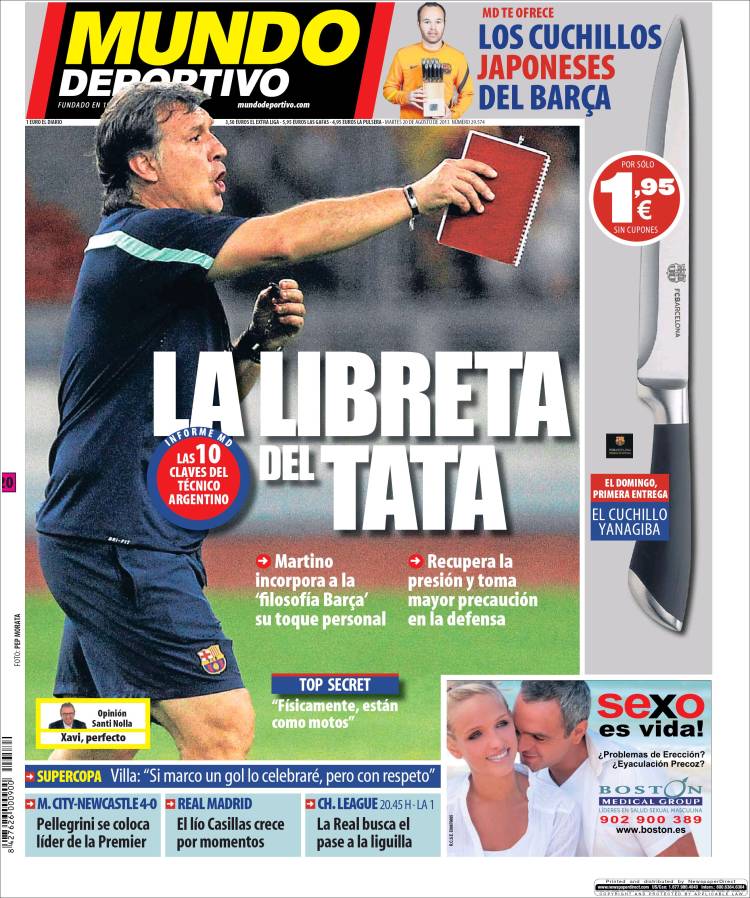 Martino to put his personal touch into the Barca philosophy

Supercopa, Villa: "If I score I will celebrate, but with respect"