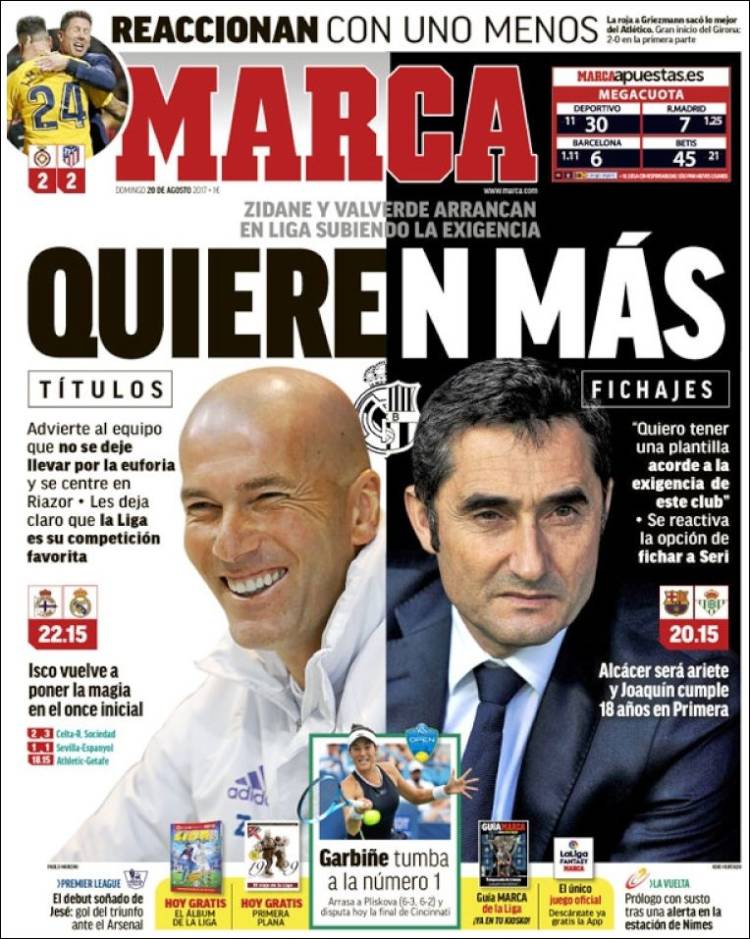 Zidane and Valverde start in La Liga, upping the ante

Isco returns to put the magic back in the starting XI

They react with one man less

Griezmann’s red got the best out of Atletico

Great start by Girona: 2-0 up in the first half 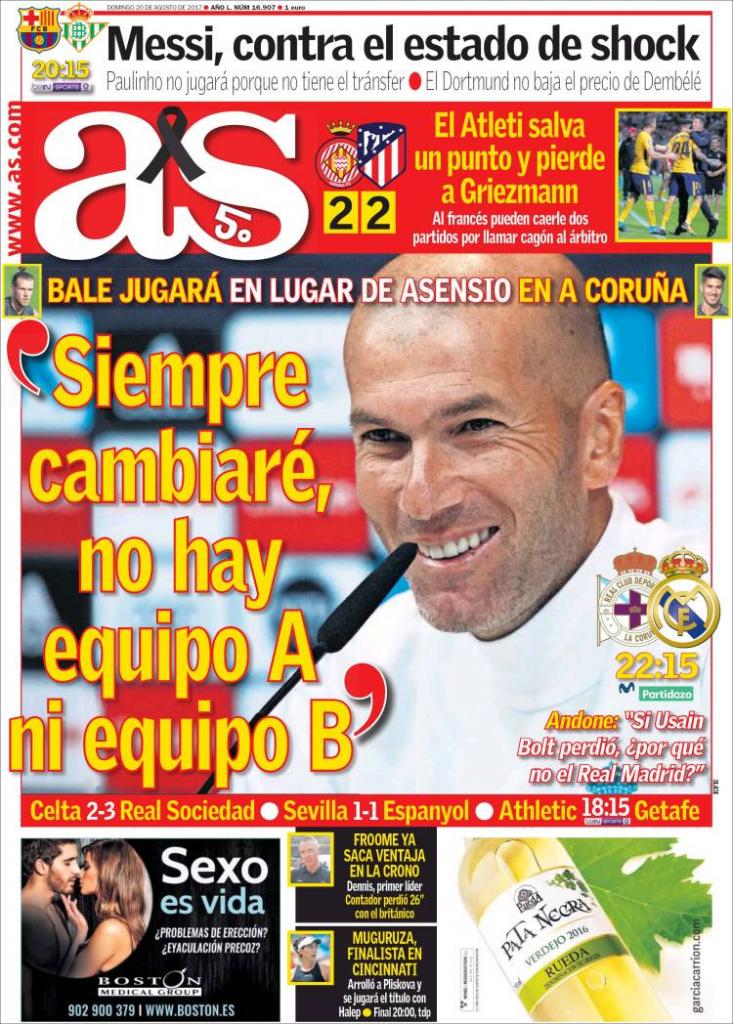 Bale will play for Asensio in A Coruna

“I’ll always make changes, there’s no A or B team”

Andone: “If Usain Bolt lost, why not Real Madrid?”

The Frenchman could miss two games for swearing at the referee

Messi, against a stadium in shock

Dortmund refuse to lower their asking price for Dembele 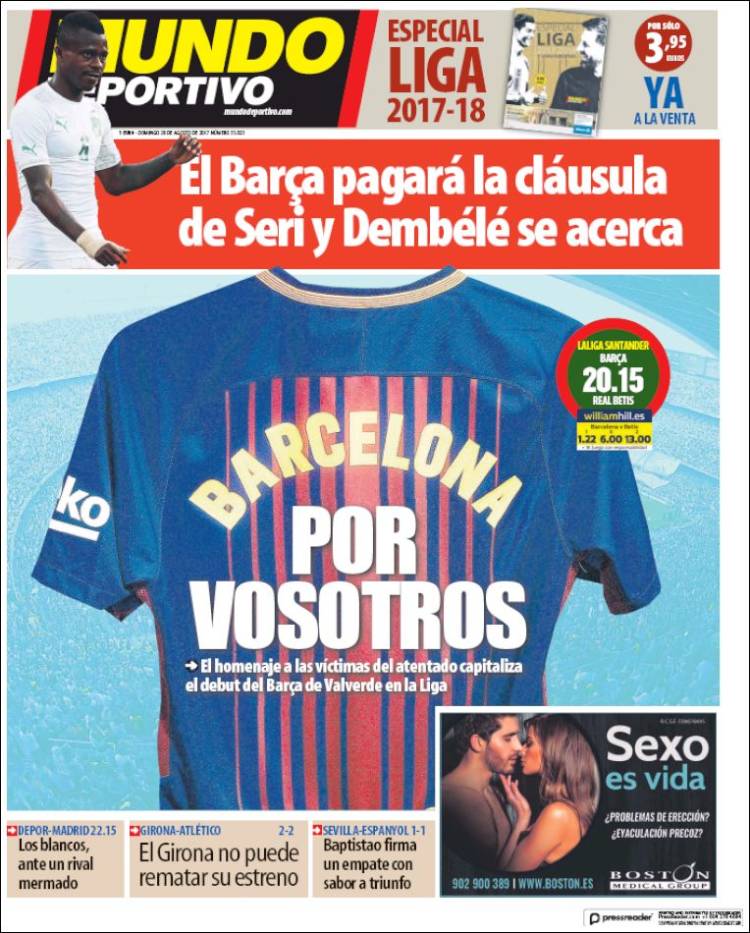 Barca will pay Seri’s clause as Dembele is close

Los Blancos, against a depleted Depor

Girona fail to finish off their ‘premiere’

Baptistao earns a draw, which tastes like a win