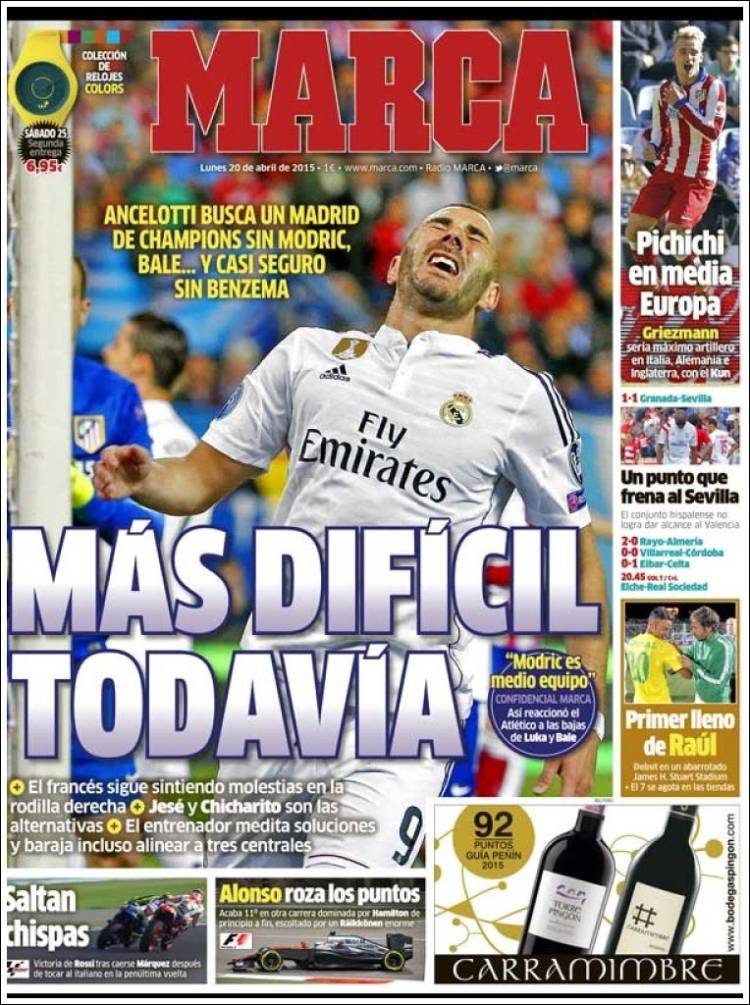 “Modric is half the team”. That was the reaction from Atletico to the Luka and Bale injuries

The Frenchman is still feeling bother in his right knee

Jese and Chicharito are the alternatives

Pichichi on the European average: Griezmann would be the leading goalscorer in Italy, Germany and England, with Kun

The No 7 sells out in the shops 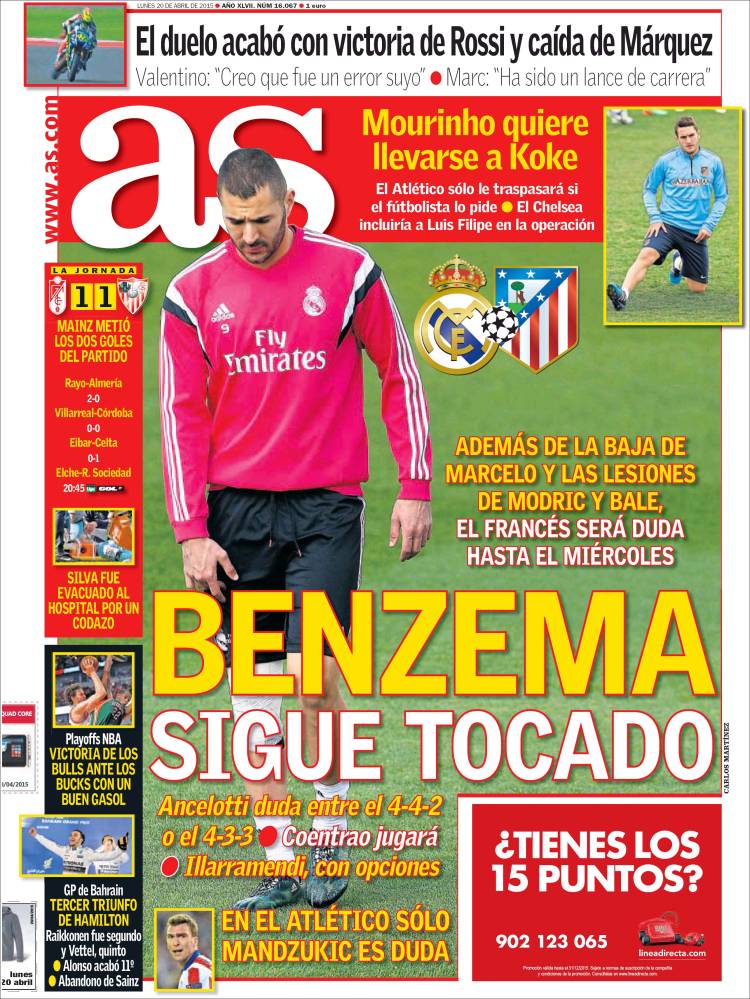 Besides the absence of Marcelo and the injuries to Modric and Bale, the Frenchman will be a doubt up until Wednesday

Illarramendi, with a chance

At Atletico only Mandzukic is a doubt

Atletico will only transfer him if the player asks

Chelsea would include Luis Filipe in the operation

Mainz scores both goals in the game

Silva rushed to hospital because of an elbow 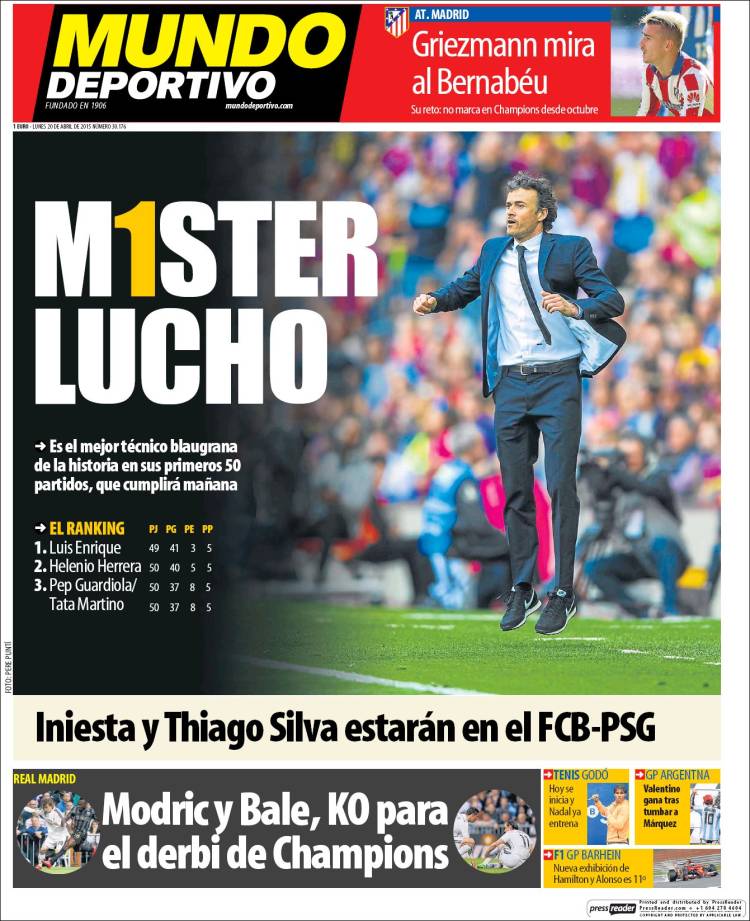 He is the best Blaugrana Coach in history in his first 50 games, which he will achieve tomorrow

Iniesta and Thiago Silva will be there for FCB-PSG

Griezmann looks towards the Bernabeu. His challenge: he has not scored in the Champions League since October

Modric and Bale, KO for the Champions League derby