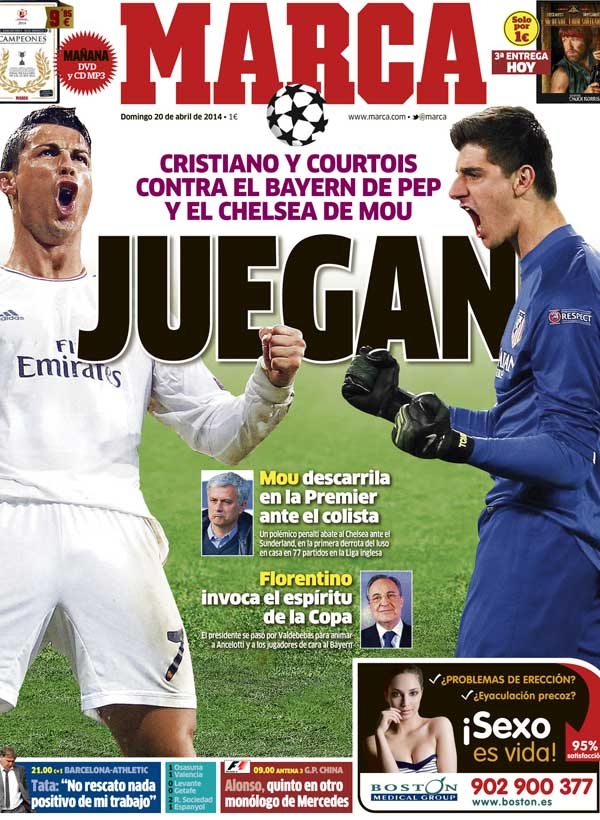 They play
Cristiano and Courtois against Pep´s Bayern and Mou´s Chelsea
Mou´s title bid suffers a blow against the bottom side
A controversial penalty awarded to Sunderland against Chelsea condemns him to his first home loss in 77 Premier League games as Chelsea boss
Florentino invokes the spirit of the cup
The president went by Valdebebas to encourage Ancelotti and his players as they prepare for Bayern
Tata: "I do not take nothing positive from my work"
Alonso, fifth in another monologue by Mercedes 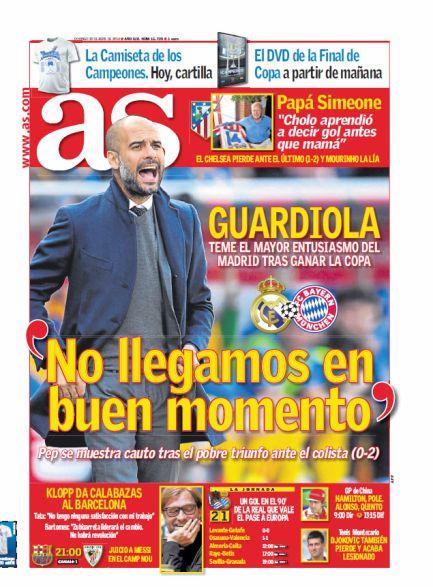 "We do not arrive at this game in a great moment" Guardiola
Pep shows concern after an unconvincing win against the bottom side
Guardiola fears Madrid's greater motivation to win the Cup
Papa Simeone: "Cholo learnt to say goal before Mum"
Klopp says no to Barcelona
Tata: "I get no satisfaction from my work here"
Bartomeu: "Zubizarreta will lead the change, there will not be a revolution"
A goal in the 90th minute gives La Real gives them a chance for Europe
Hamilton, pole, Alonso, fifth
Djokovic also loses and picks up an injury 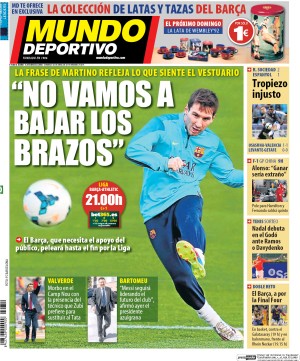 "We do not do out holding arms"
Tata's comments reflect the ambiance in the dressing room
Barca needs the support of its fans to fight until the end for La Liga
Valverde: Rivalry at Camp Nou with the presence of the coach Zubizarreta prefers to be Tata's replacement
Bartomeu: "Messi will continue leading the future of the club"
La real almost secure European football
Alonso: "To win would be strange"
Nadal debuts en Godo against Ramos or Davydenko
Barcam going for the final four