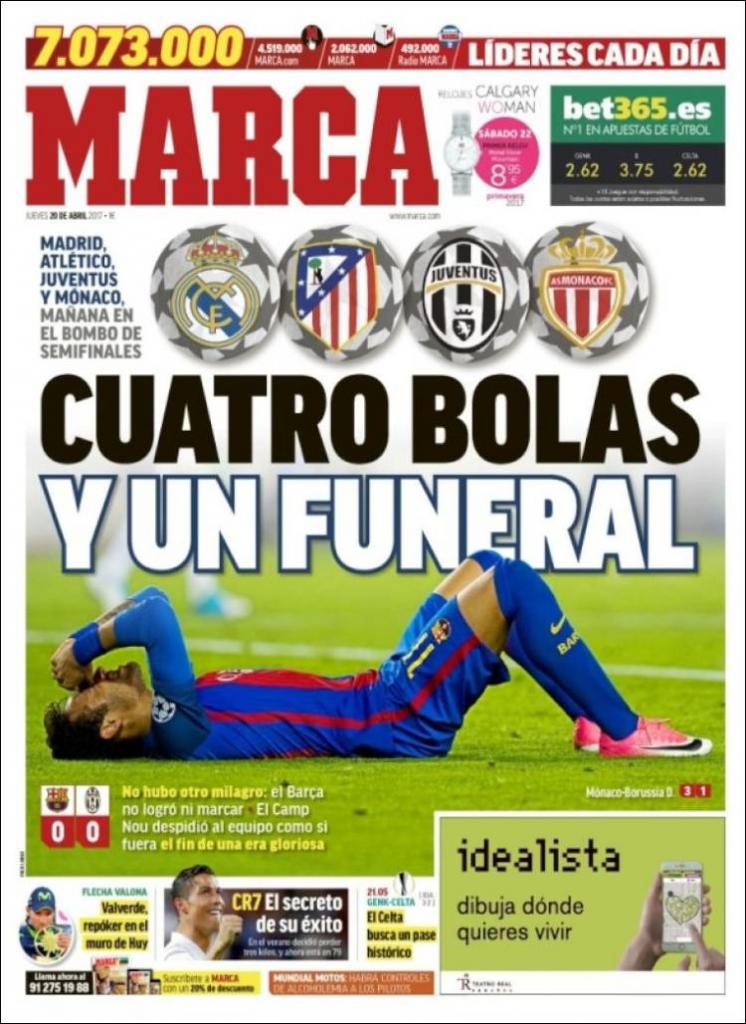 Four balls and one funeral

Madrid, Atletico, Juventus and Monaco in the last four

There wasn't another miracle - Barca don't advance or even score 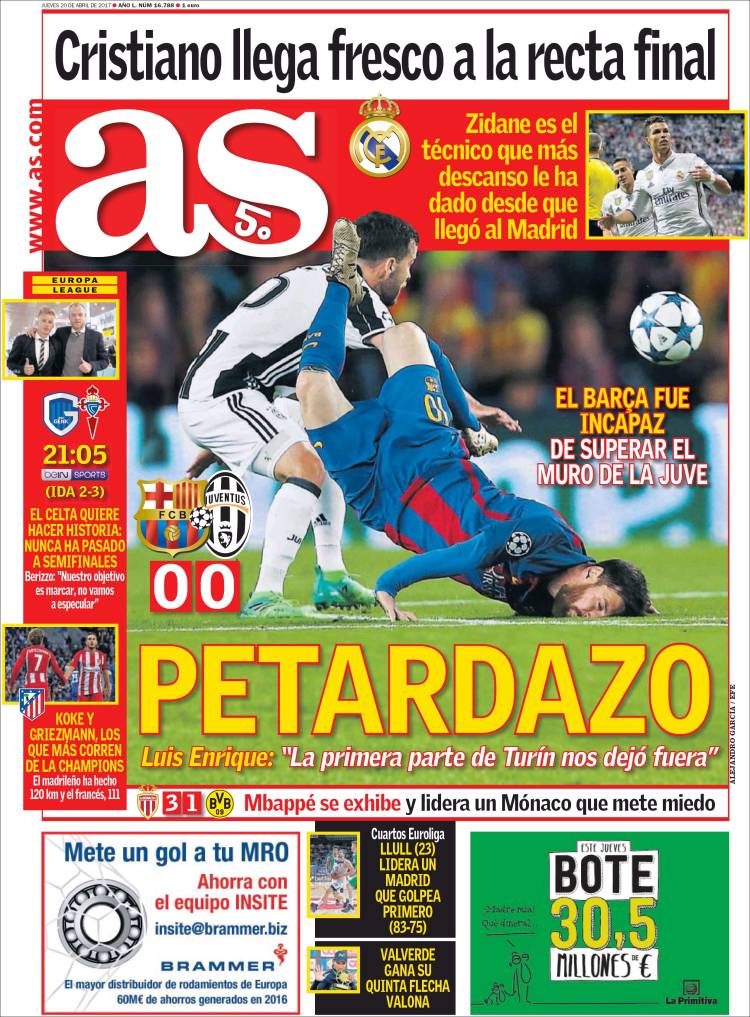 Luis Enrique: The first half in Turin eliminated us

Mbappe exhibition and leads Monaco into looking a threat

Celta want to make history: never have they reached EL semi-final - Berizzo: Our objective is to score, not be spectacular

Koke and Griezmann - the most running in the Champions League - Koke 120km, Griezmann 111km 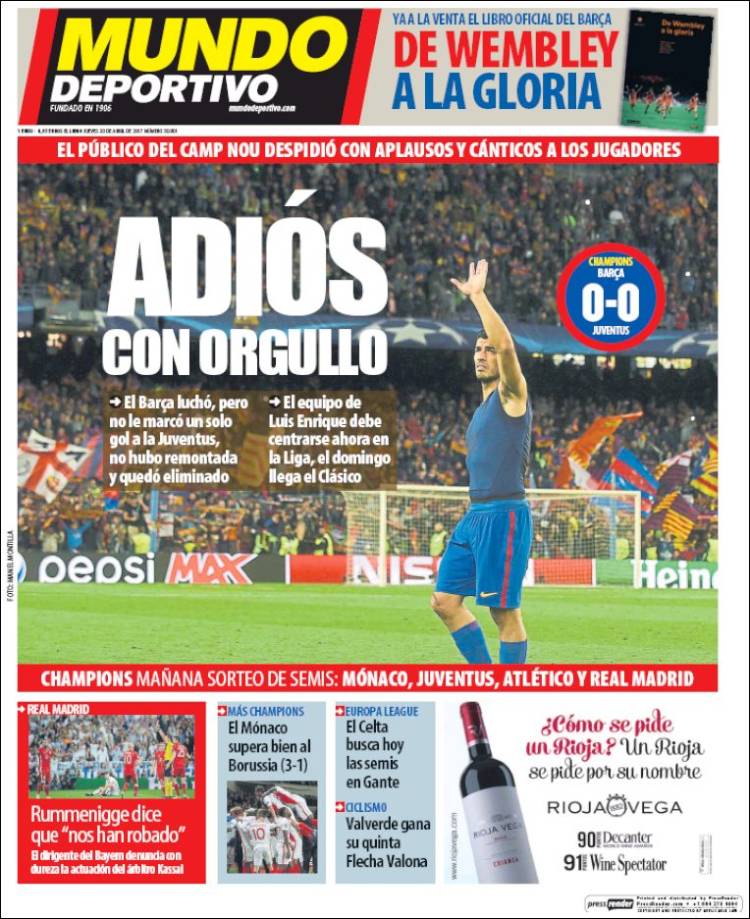 Barca fought but could not score a goal against Juventus, there was no comeback and they are eliminated

Luis Enrique's team should now focus on La Liga, and against Real Madrid on Sunday

Rummenige says: We were robbed