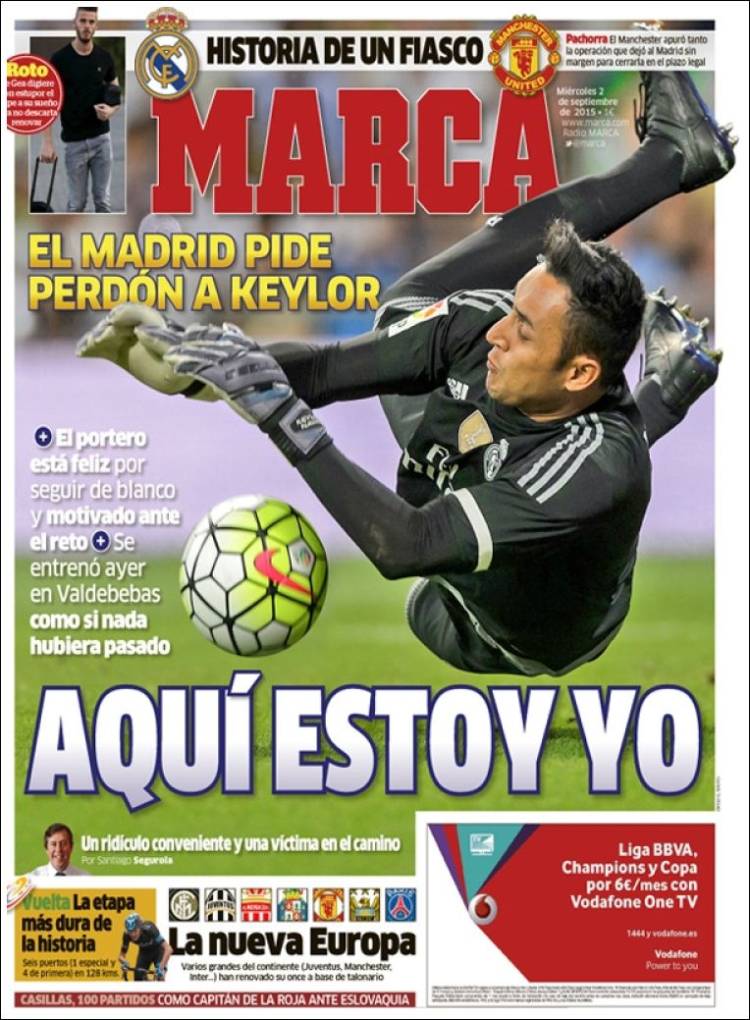 He trained yesterday at Valdebebas as if nothing happened

A ridiculous idea and a victim on the way

History of a fiasco

Several great clubs of the continent [Juventus, Man Utd, Inter…] have renewed their XI by means of the chequebook 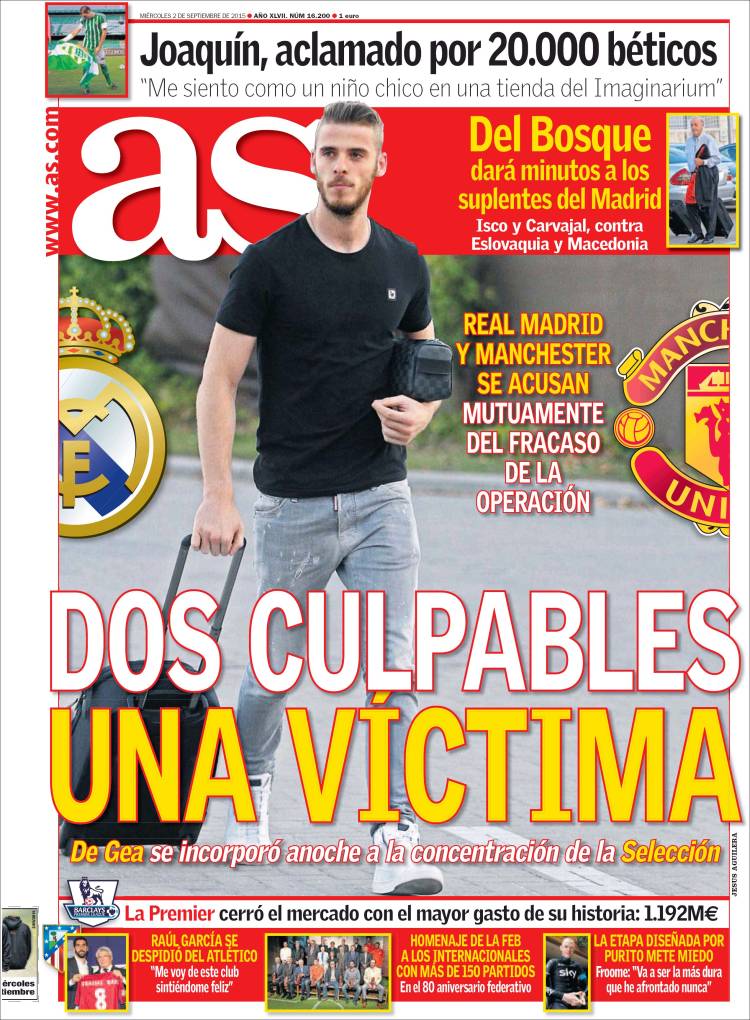 Del Bosque will give minutes to the Madrid substitutes

Isco and Carvajal against Slovakia and Macedonia

The Premier League closed the market as it’s biggest in history: €1,192m

‘I leave this club feeling happy’ 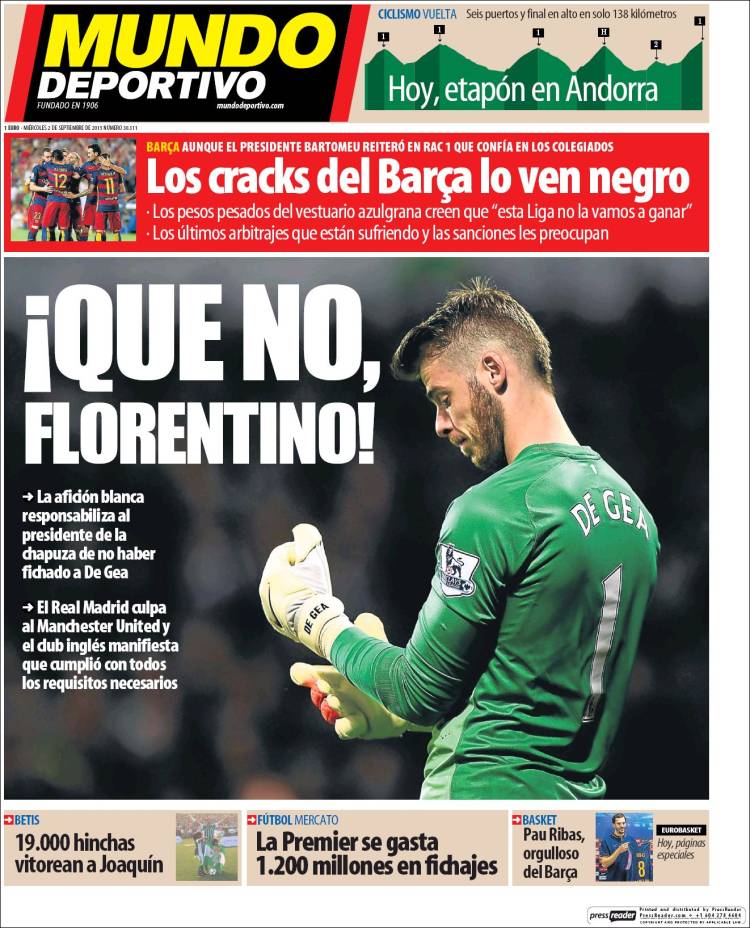 The stars of Barca see it black

The heavyweights of the dressing room believe that: ‘we aren’t going to win the League’