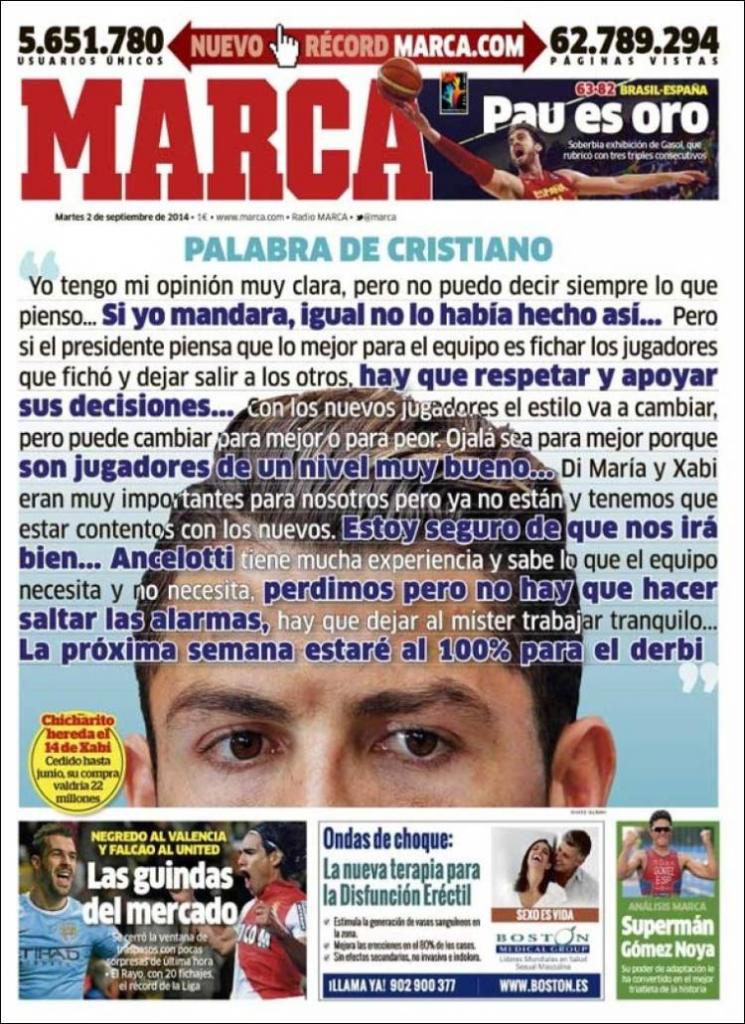 “My opinion is very clear but I can’t always say what I think...If I was in charge I wouldn’t have done things like this...But if the President thinks the best thing for the team is to sign the players he signed and let others leave you must respect and support his decisions...With the new players the style will change, but it could change for the best or the worse. Hopefully it is for the best as they are players of a very good level...Di Maria and Xabi were very important for us, but they are no longer here and we must be happy with the new players. I’m sure it will all go well. Ancelotti has a lot of experience and knows what the team needs and doesn’t need. We lost but there is no need for alarm, we have to let the boss work in peace...Next week I will be 100 per cent for the ‘derbi’."

On loan until June, his purchase is valued at €22m

Negredo to Valencia and Falcao to United, the best market leaders 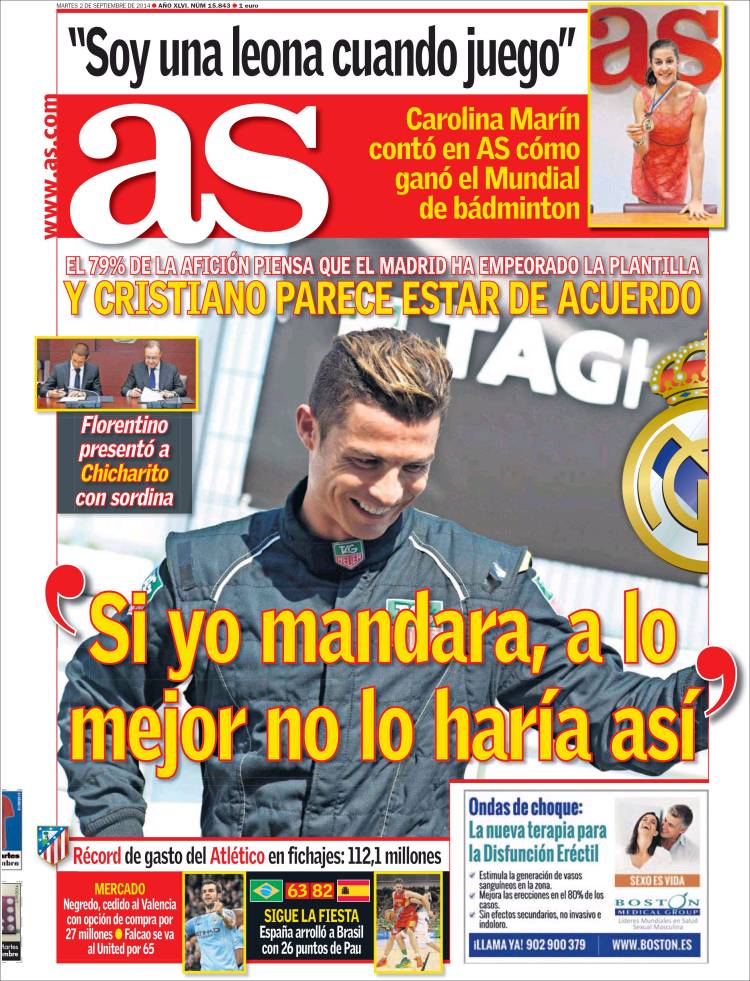 Negredo loaned to Valencia with a €27m option to buy

Falcao goes to United for €65m 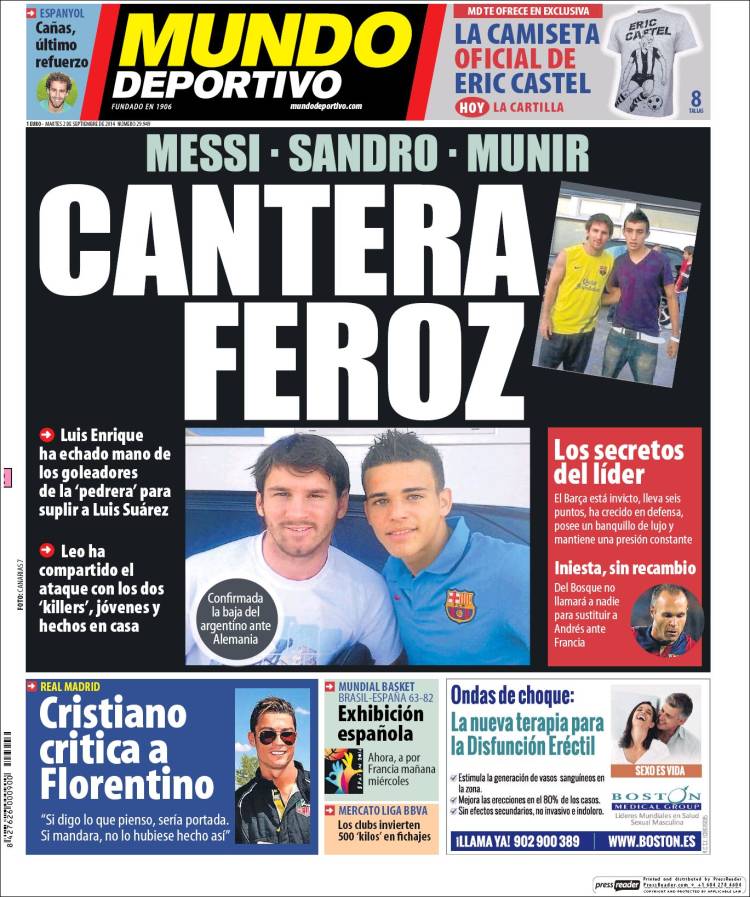 Leo has shared the attack with two ‘killers’, young and made at home

Barca are unbeaten, have six points, have grown in defence, possess a luxurious bench and maintain constant pressure

Iniesta, without a replacement