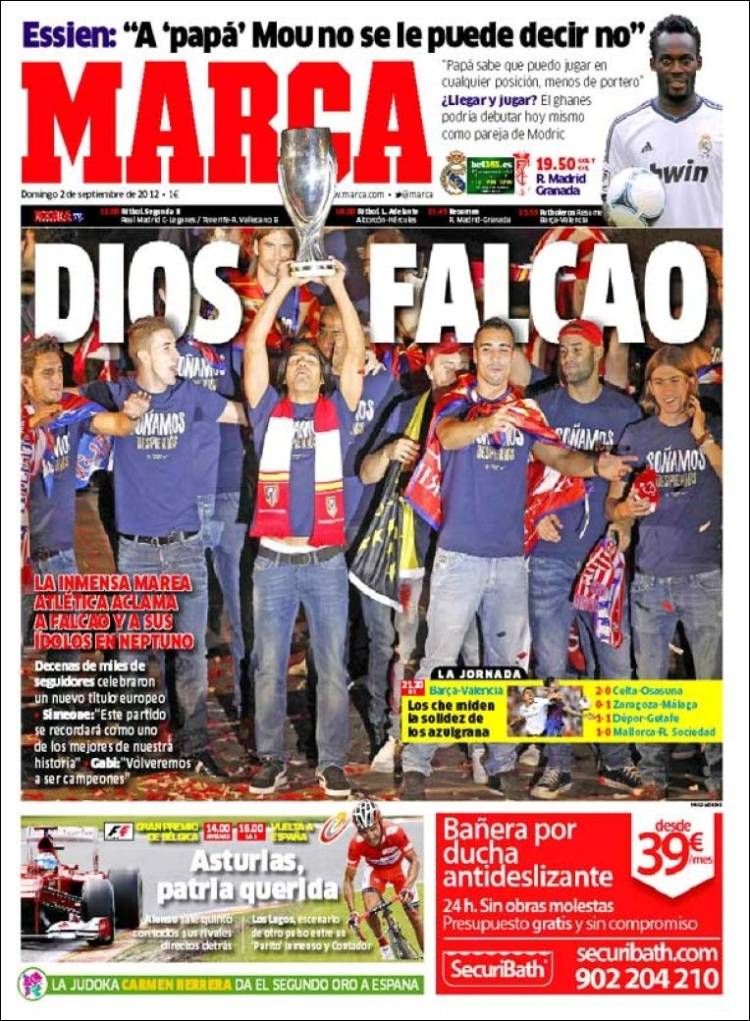 Simeone: "This game will be remembered as one of the best in our history"

Gabi: "We will be champions again"

Essien: "I couldn't say no to 'father' Mourinho"

"Father' knows I can play in any position except goalkeeper"

Arrive and play? The Ghanaian could make his debut immediately and be paired with Modric 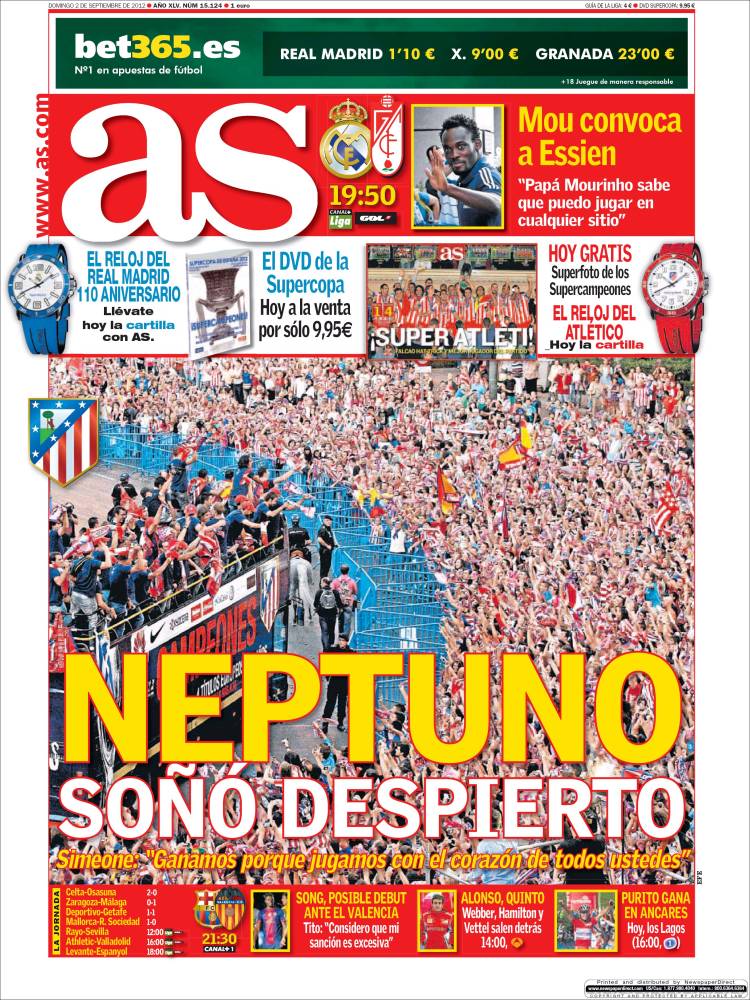 Simeone: "We won because we played with all of your hearts"

Tito: "I consider my ban excessive" 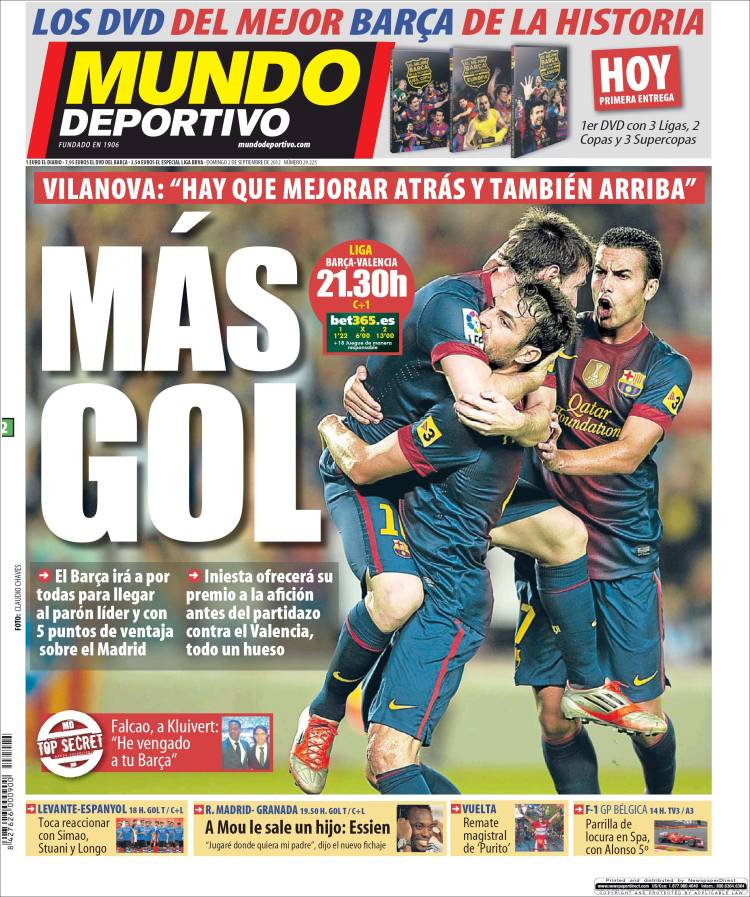 Vilanova: "We need to improve at the back as well as up front"

Levante-Espanyol: reaction a must with Simao, Stuani and Longo

Mou gets his son Essien:"I'll play where my father wants me to," says the new signing

Falcao to Kluivert: "I have avenged your Barcelona"