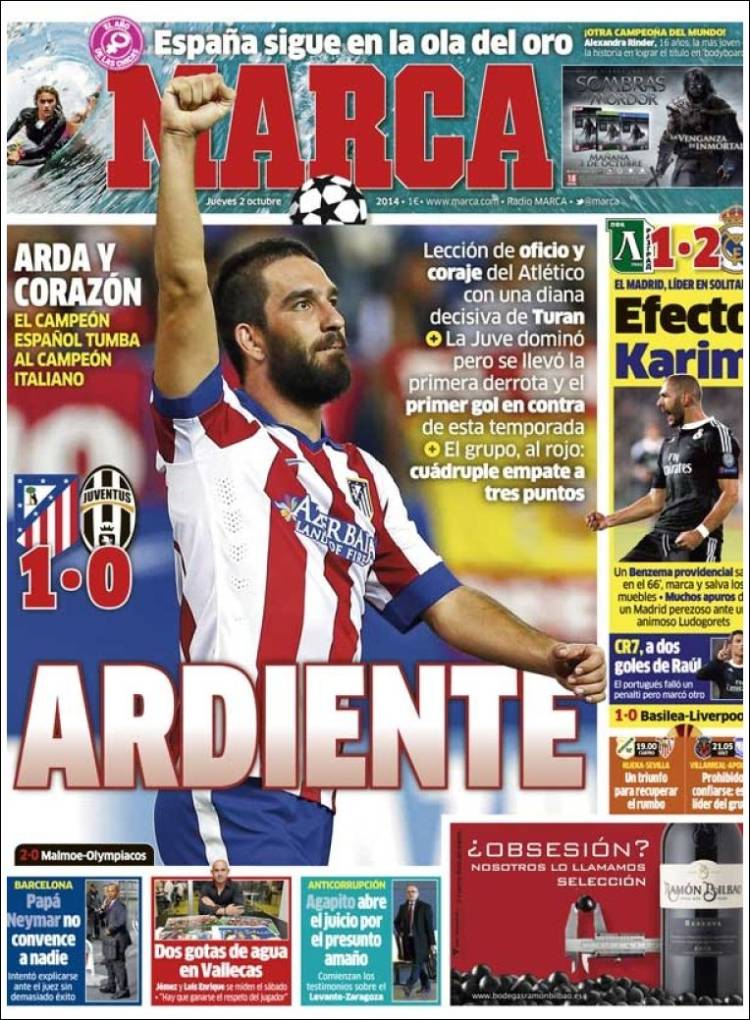 The group, in the red: a cuadruple tie on three points

The Karim effect; an opportune Benzema scores on 66 minutes to save face

Lots of trouble for a sluggish Madrid against a lively Ludogorets

CR7 two goals away from Raul; the Portuguese misses a penalty but scores another

Rijeka-Sevilla: a win to get back on course

Villarreal-Apollon: Forbidden to trust in this group leader

Barcelona: Father Neymar doesn’t convince anyone; he tried to explain before the judge without too much success

Two drops of water in Vallecas; Jemez and Luis Enrique face the whistles

“We need to get the players’ respect”

The accounts over Levante-Zaragoza to begin 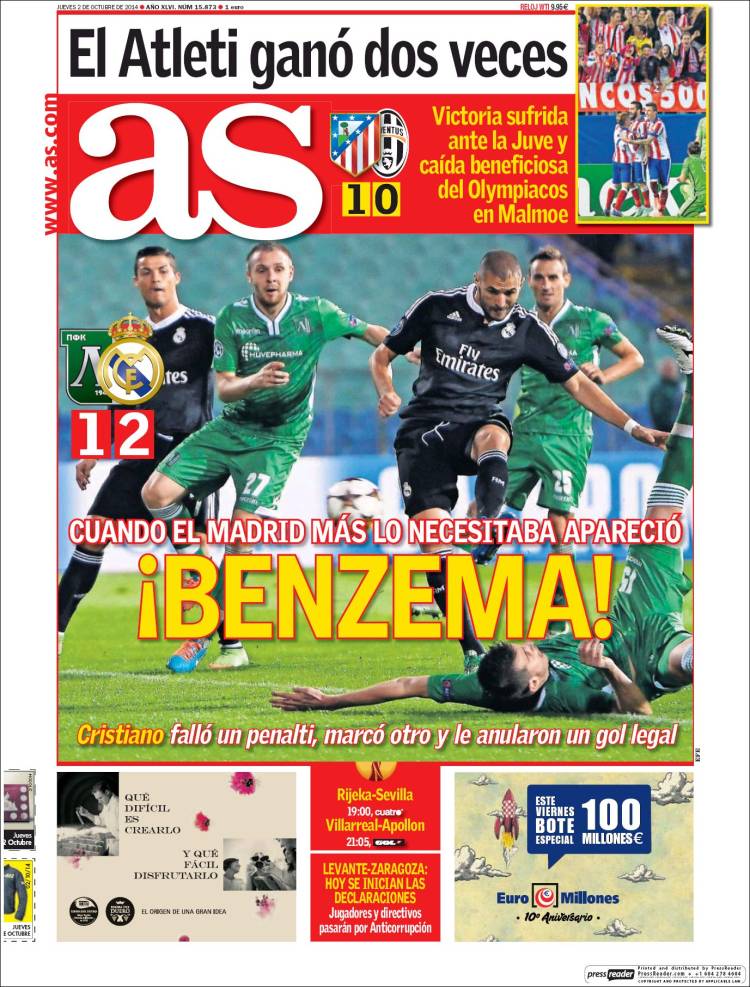 When Madrid needs him he appears

Cristiano missed a penalty, scored another and had a legitimate goal disallowed

Atletico won twice; a suffered victory against Juventus and a helpful collapse by Olympiacos in Malmo

Players and management will go before the anti-corruption panel 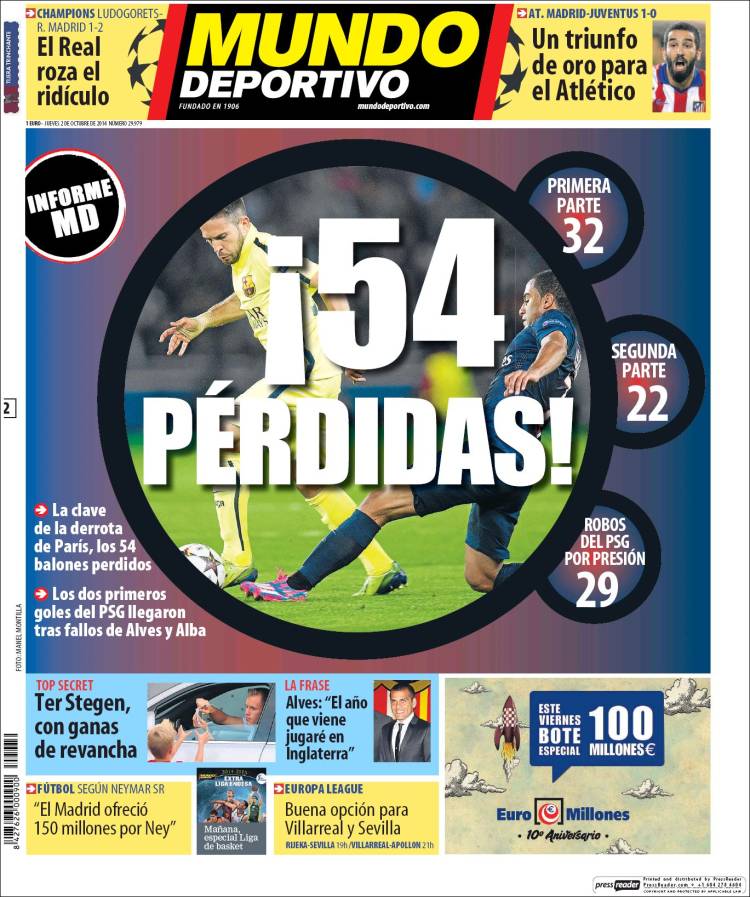 The key to the defeat in Paris was 54 lost balls

Madrid verge on the ridiculous

A golden triumph for Atletico

Alves: “Next year I will play in England”

According to Neymar Sr: “Madrid offered €150m for Neymar”

A good opportunity for Villarreal and Sevilla