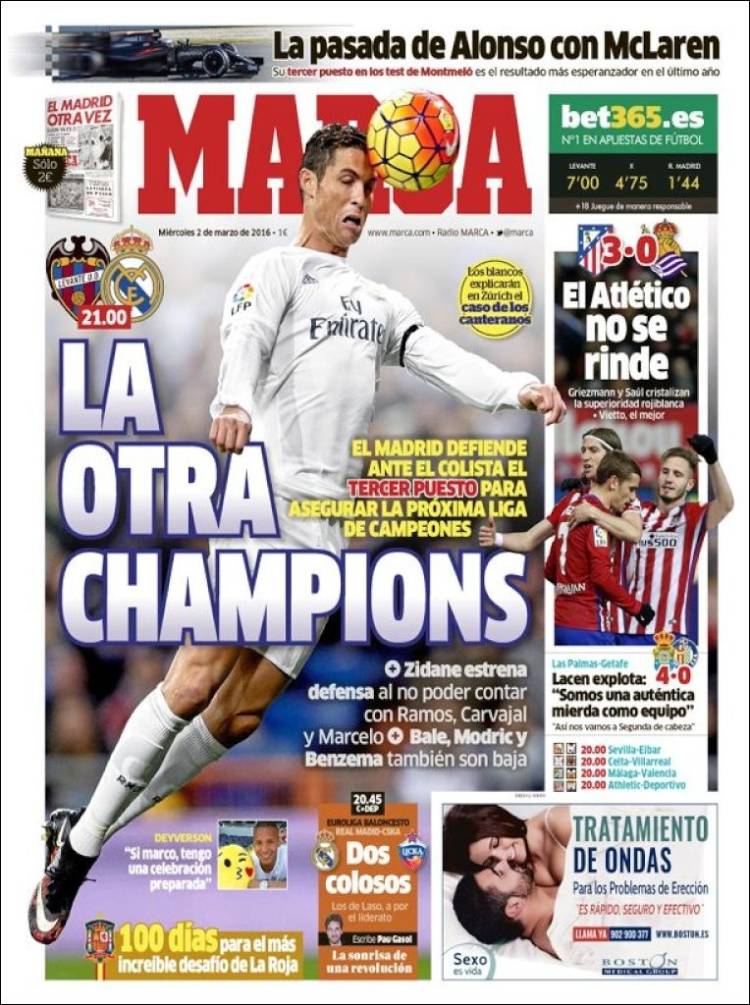 The other Champions League

Zidane uses for the first time a defence not with Ramos, Carvajal or Marcelo

“If I score, I have a celebration prepared”

100 days to the most incredible challenge of La Roja

Lacen explodes: “We are really bad as a team” 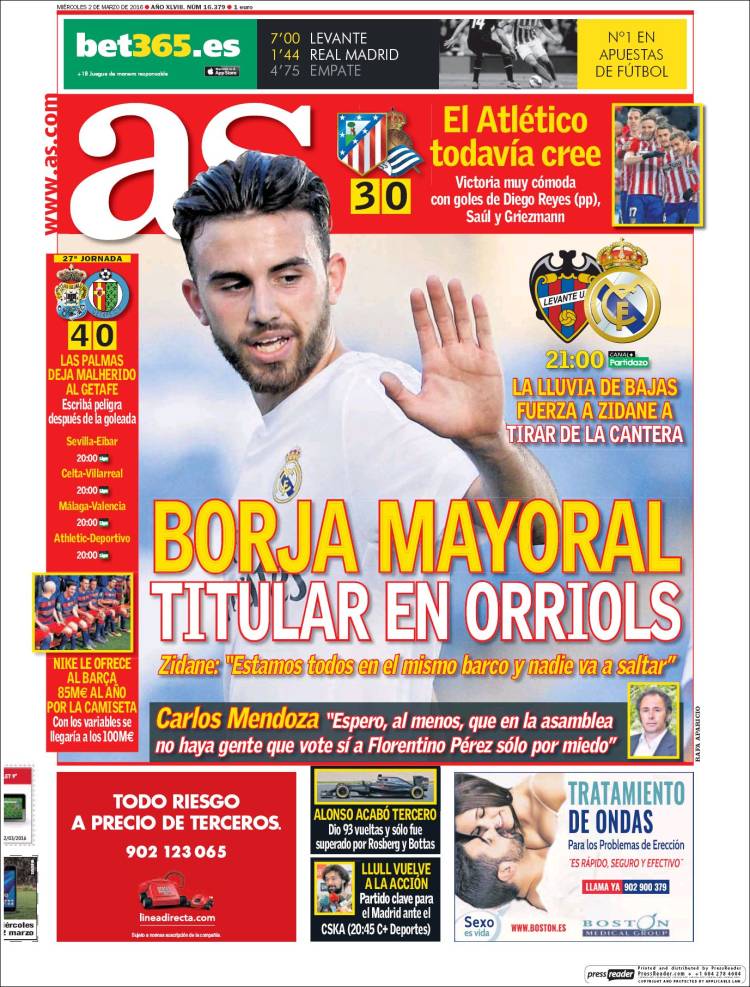 Very comfortable victory with goals by Diego Reyes [own goal], Saul and Griezmann

Escriba is in danger after the thrashing

Nike offers Barca €85m a year for the shirt

With variables it would be over €100m

The rain of injuries forces Zidane to turn to the cantera

Zidane: “We are all in the same boat and nobody is going to jump”

Carlos Mendoza: “I hope, at least, that the Assembly doesn’t have people who vote for Florentino Perez only out of fear” 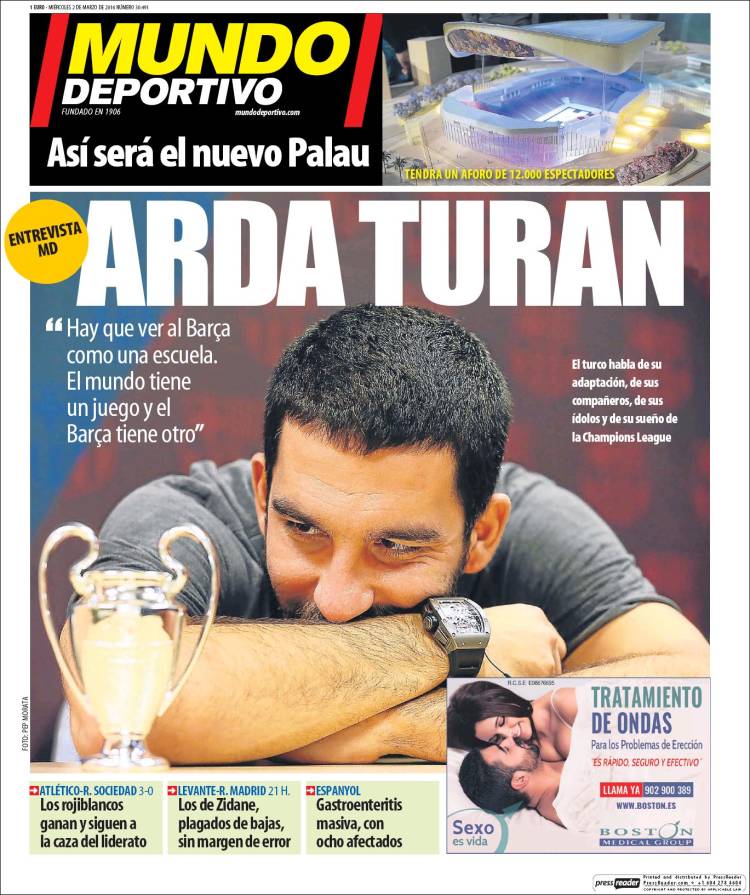 “You have to look at Barca as a school. The world has one game and Barca has another”

The Turk talks his adaptation, his teammates, his idols and his Champions League dream

Los Rojiblancos win and continue the hunt on the leaders

Zidane’s team plagued by absences, with no margin for error