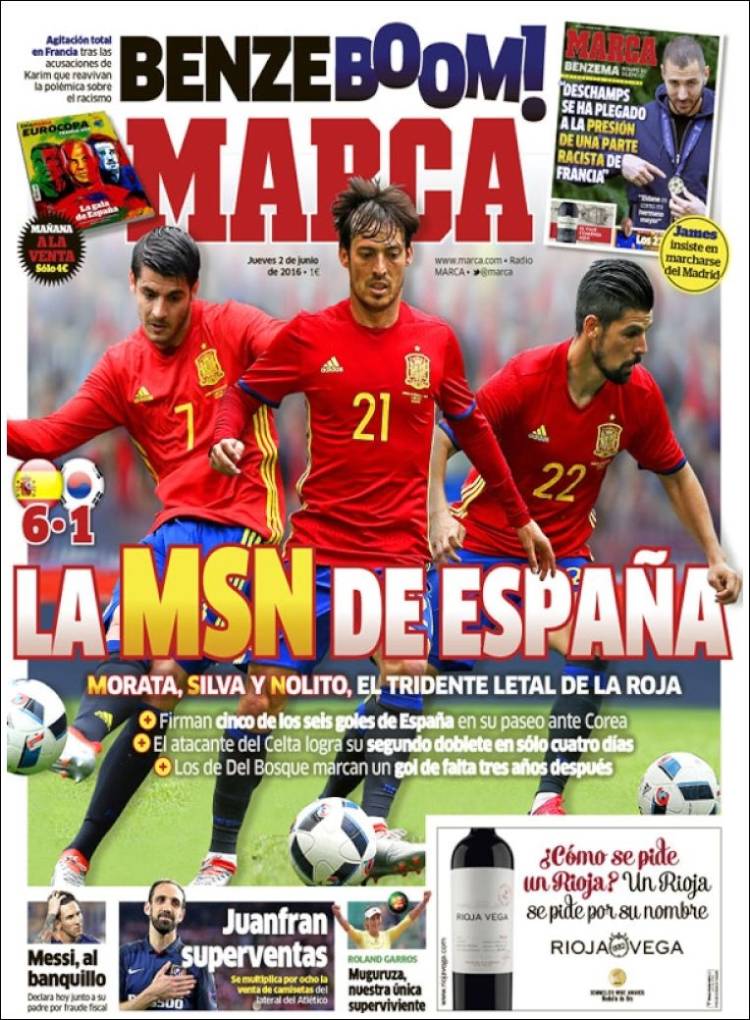 The Celta attacker achieved his second double in only four days

Messi, on the bench

Declares today along with his father for tax evasion 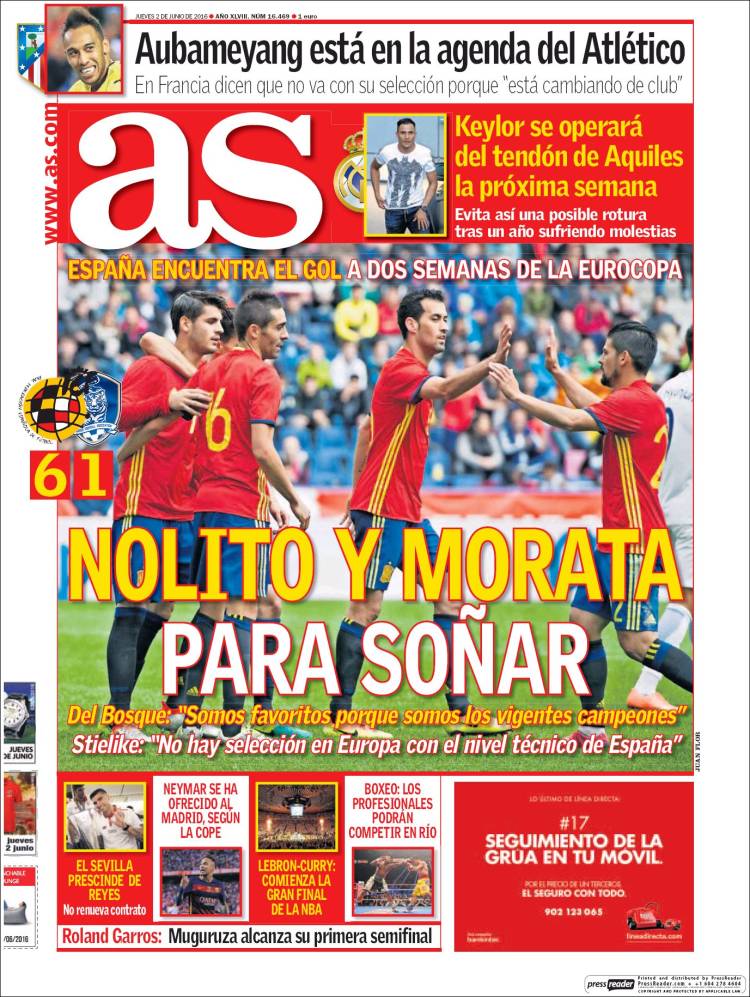 Aubameyang is on Atletico’s agenda

Keylor’s Achilles tendon to be operated on next week

This avoids a possible break after a year suffering discomfort

Spain finds the goal two weeks to the European Championships

Nolito and Morata to dream

Del Bosque: “We are favourites because we are the reigning champions”

Stielike: “No national team in Europe has the technical level of Spain”

Neymar has been offered to Madrid, says La Cope 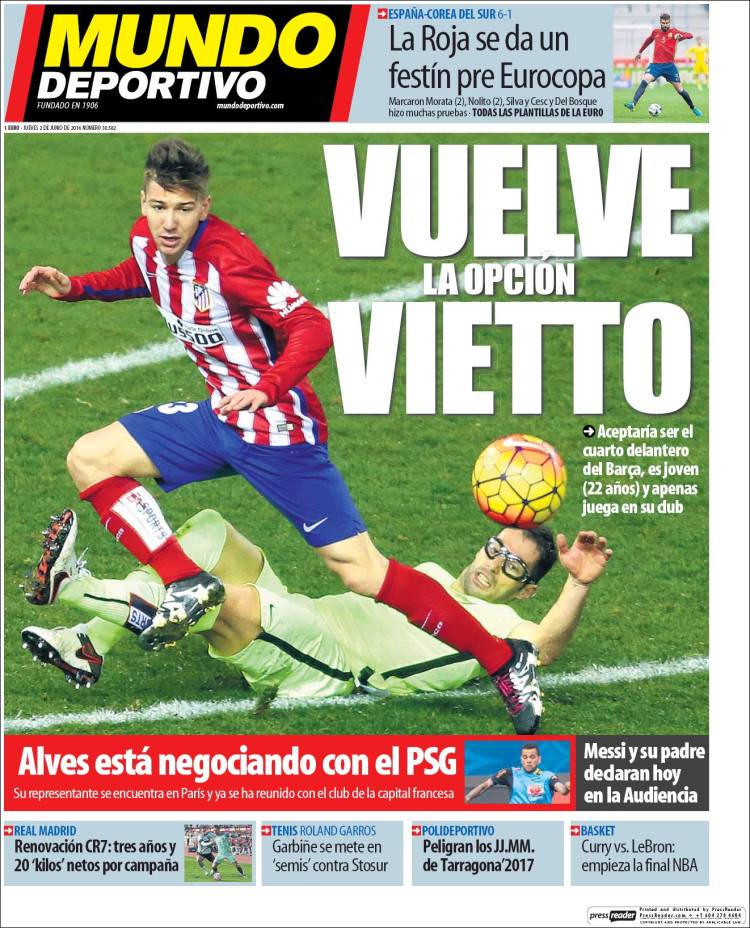 Return of the Vietto option

Agrees to be the fourth Barca striker, is young (22-years-old) barely plays for his club

Alves is negotiating with PSG

Messi and his father declare today in court