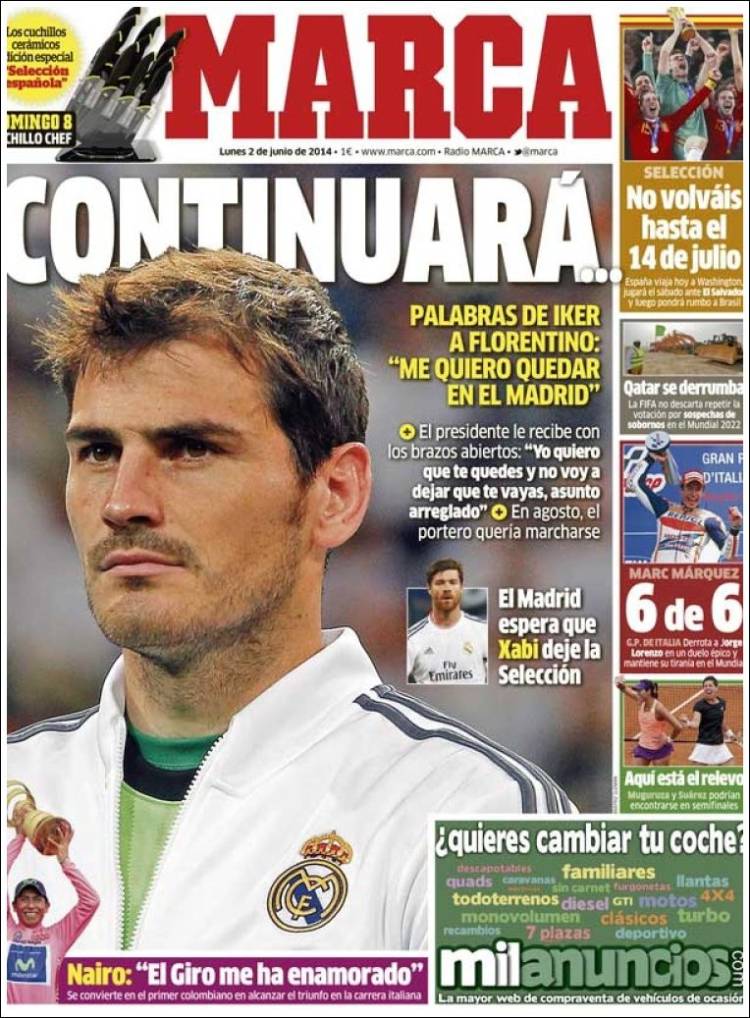 Iker tells Florentino: I want to stay at Madrid

The President welcomes the news with open arms: I want you to stay, I won't let you leave, problem solved.

In August the goalkeeper wanted to leave

Madrid hope that Xabi will leave the national team

Don't come back until July 14: Spain travel to Washington today to play El Salvador on Saturday before heading to Brazil

Qatar collapses: FIFA does not rule out voting again following bribery claims over the 2022 World Cup 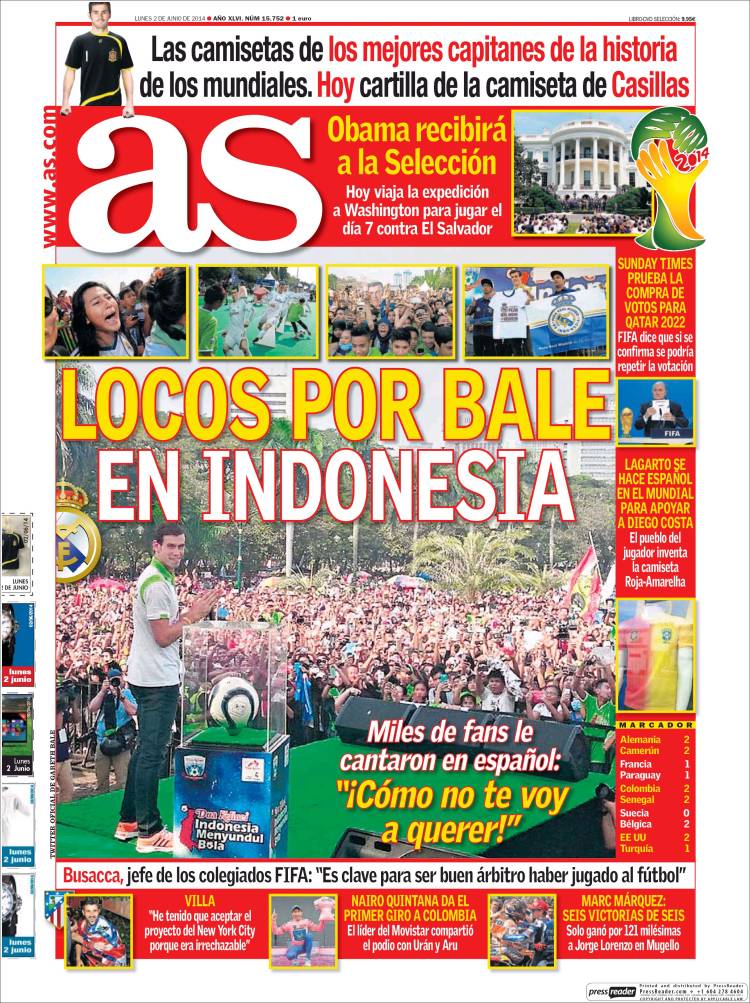 Indonesia goes crazy for Bale: Thousands of fans chant in Spanish 'How can we not love you?

Obama will welcome the national team: Spain travel to Washington today to play El Salvador on the 7th.

The Sunday Times questions the Qatar vote: FIFA confirms they could repeat the voting process.

Lagarto becomes Spanish during the World Cup to support Diego Costa: The players' town creates a half and half shirt

Busacca, head of referees for FIFA, says the key to being a good referee is to have played the game

Villa: I have to accept the offer from New York, it was irresistible 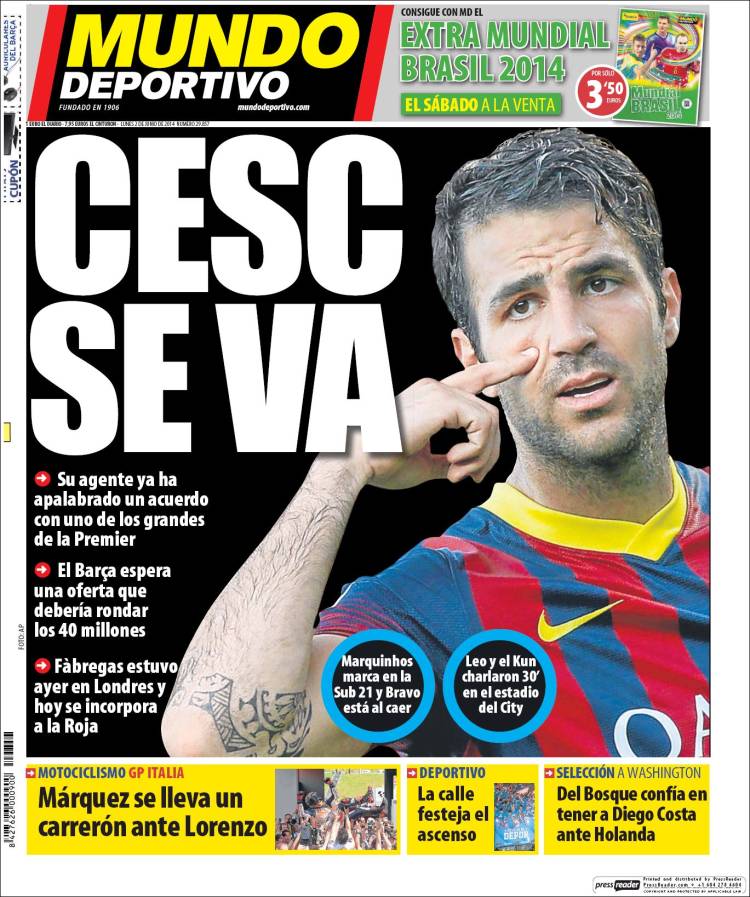 Cesc on his way

Barca hope for an offer in the region of €40m

Fabregas was in London yesterday and will join up today with La Roja.

Leo and Kun chat for 30 minutes at Man City's ground.

Spain in Washington: Del Bosque confident in having Diego Costa for Holland

Deportivo celebrate promotion in the streets