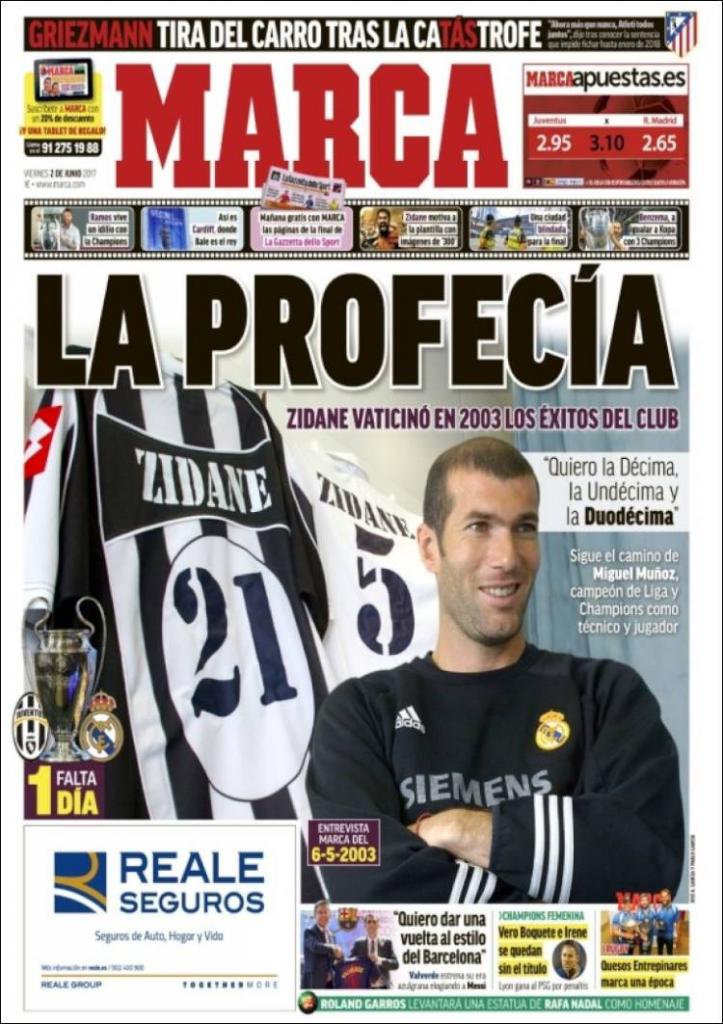 Juventus-Real Madrid, one day to go

Zidane predicted the successes of the club in 2003

He could follow the path of Miguel Munoz, winning the League and Champions League as a Coach and player

Ramos has an love affair with the Champions League

Here in Cardiff, Bale is king

Zidane motivates the squad with images of the film ‘300’

A city in lockdown for the final

Griezmann toes the line in wake of the CaTAStrofe

“I want to go back to Barca’s style”

Vero Boquete and Irene are left without the title 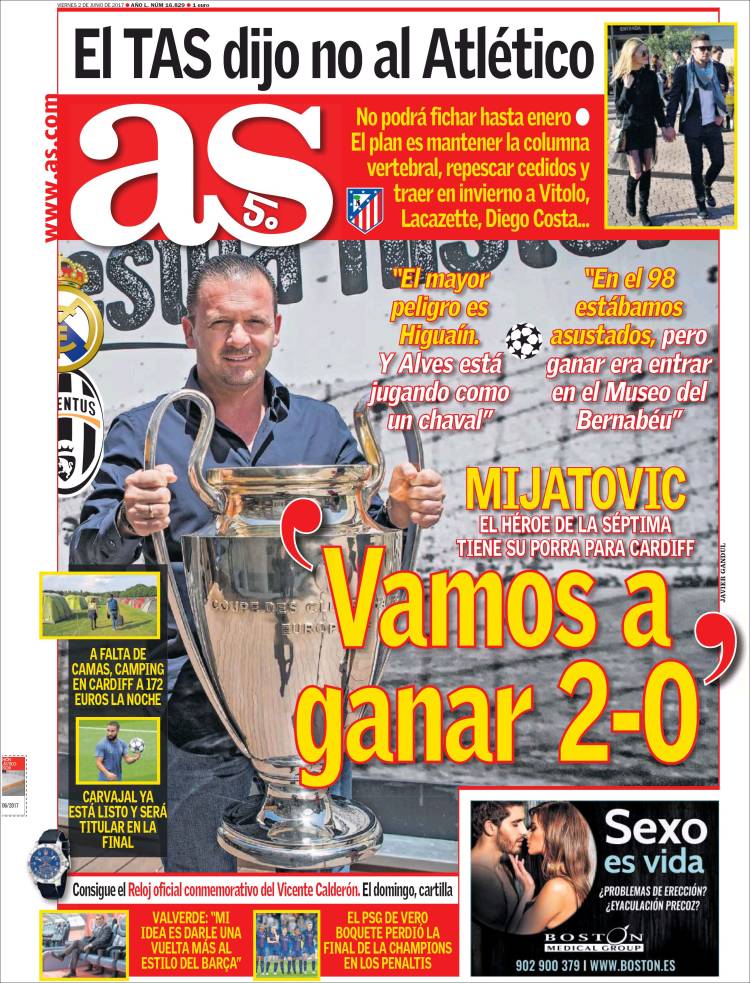 Mijatovic, the hero of La Septima, backs his club for Cardiff

“In 98, we were scared, but winning was entering the Museum of the Bernabeu”

Lack of beds, camping in Cardiff at €172 a night

Carvajal is ready and will start the Final

Valverde: “My idea is to return to a style more like Barca’s”

CAS says ‘no’ to Atletico

They will not be able to sign anyone until January

The plan is to keep the spine, bring back loanees and go for Vitolo, Lacazette and Diego Costa in the winter 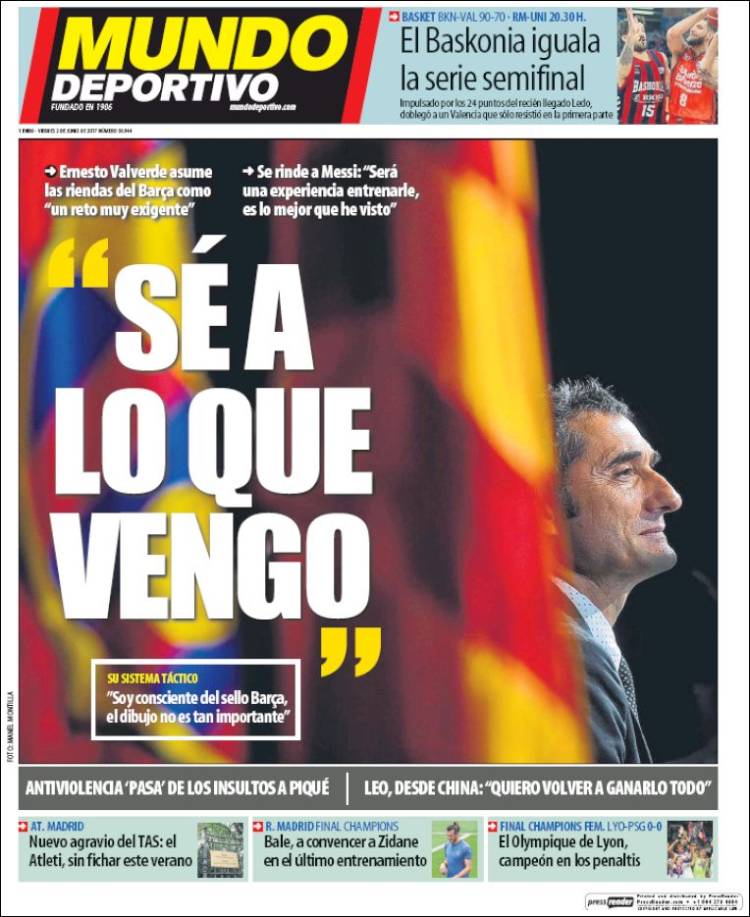 “I know what I’ve let myself in for”

He bows down to Messi: “It’ll be an experience to coach him, he’s the best I’ve seen”

“I’m aware of Barca hallmarks, but the drawing board isn’t that important”

Anti-Violence ‘passes’ the insults for Pique

Leo, from China: “I want to go back to winning everything”

Bale, to convince Zidane in the last training session