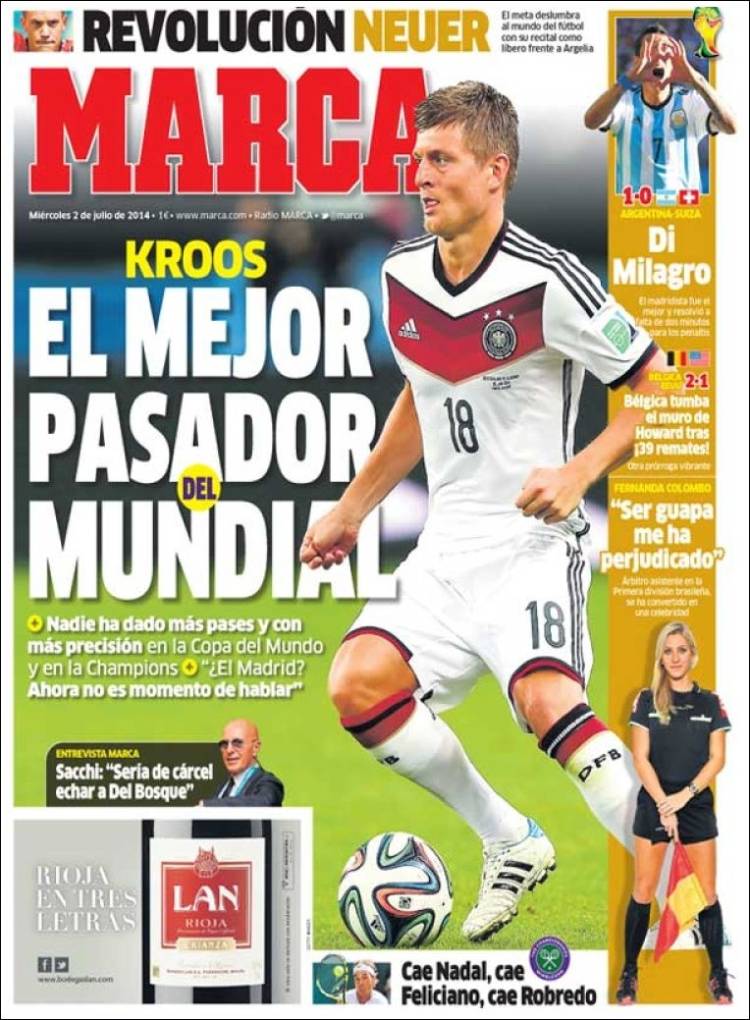 Kroos the best passer at the World Cup

Madrid? Now is not the time to talk about it

Belgium come up against a Howard wall after 39 shots

Being pretty has penalised me

Sacchi: It would be criminal to oust Del Bosque 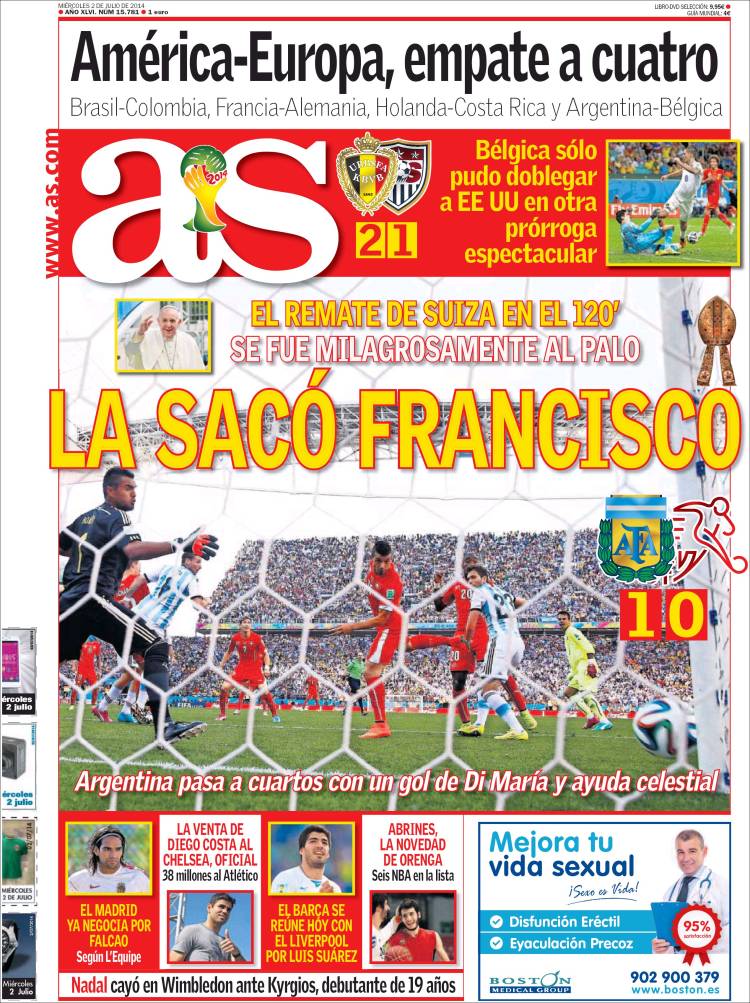 Francisco lets them off

The Swiss effort in the 120th minute miraculously hits the post

Belgium can only break USA in another spectacular extra time

Madird already negotiating for Falcao according to L'Equipe

The sale of Diego Costa to Chelsea is official 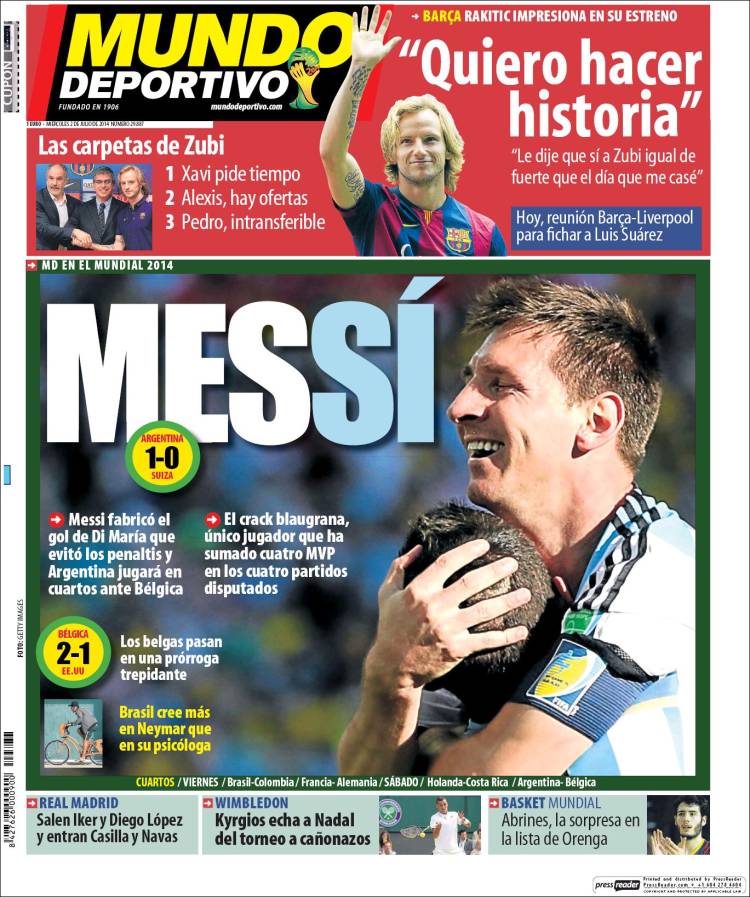 The Belgians progress after a frantic extra time

Brazil believe in Neymar more than their psychologist

I want to make history

Rakitic impresses on his presentation

The folders of Zubi 1. Xavi asks for time 2. Alexis, there are offers 3. Pedro, untransferable