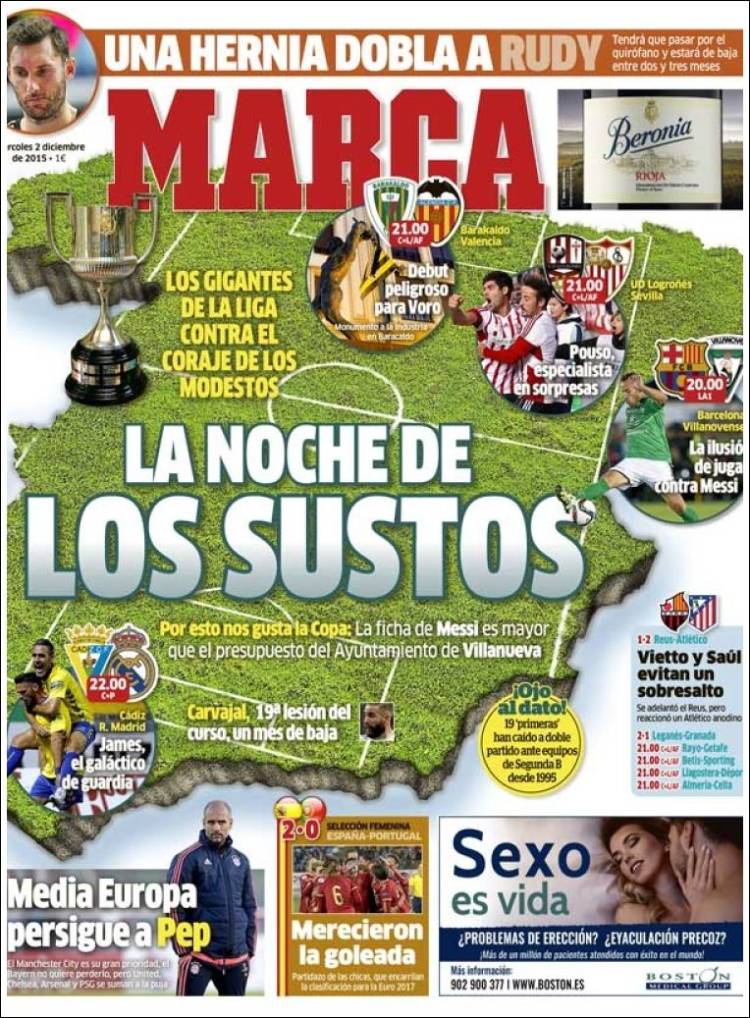 The night of scares

Why we like the Cup: The contract of Messi is greater than the entire budget of the municipality of Villanueva

The dream of playing against Messi

Carvajal, 19th injury of the curse, a month out

Look at the data!

Vietto and Saul avoid a shock

Half of Europe pursues Pep

They deserved a thrashing 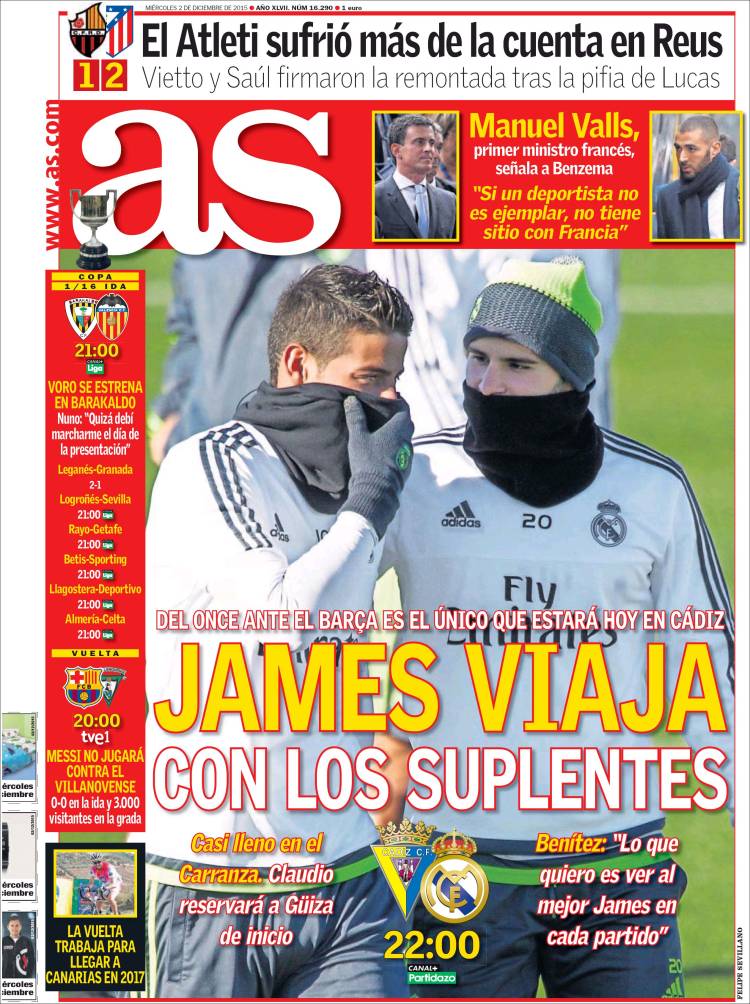 James travels with the substitutes

“I want the best James in every game”

Claudio will hold back Guiza from the start

Atleti suffered more than the outcome in Reus

Vietto and Saul signed the comeback after the blunder by Lucas

“If the sportsman is not an example, he has no place in [the France team]”

Nuno: Perhaps I should have left the day I was presented 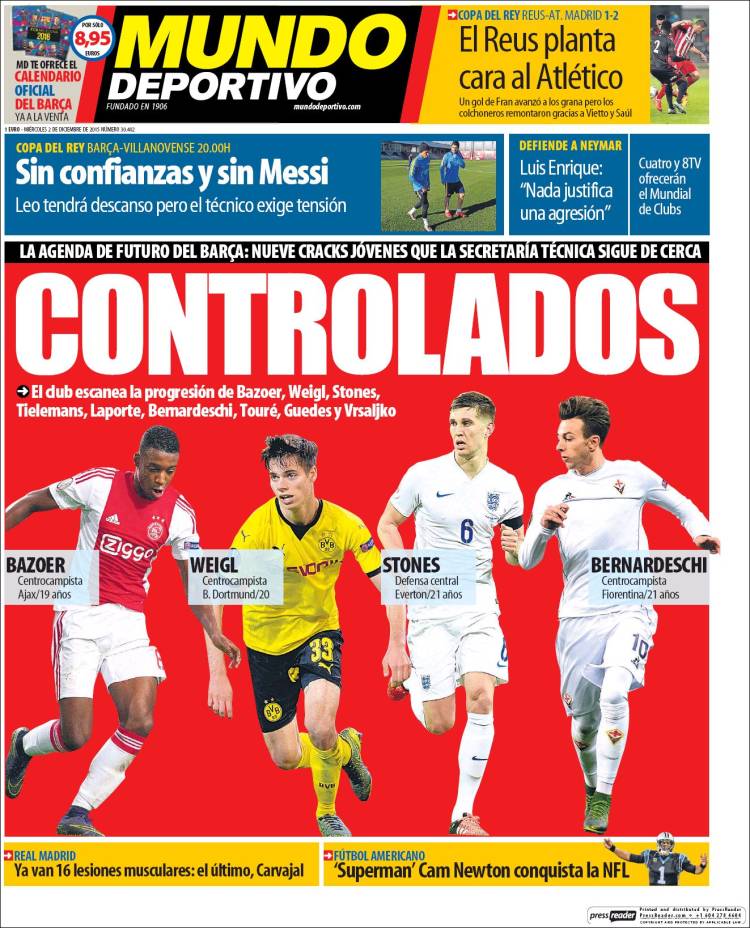 Without confidence and without Messi

Leo will rest but the Coach demands tension

Reus stand up to Atletico