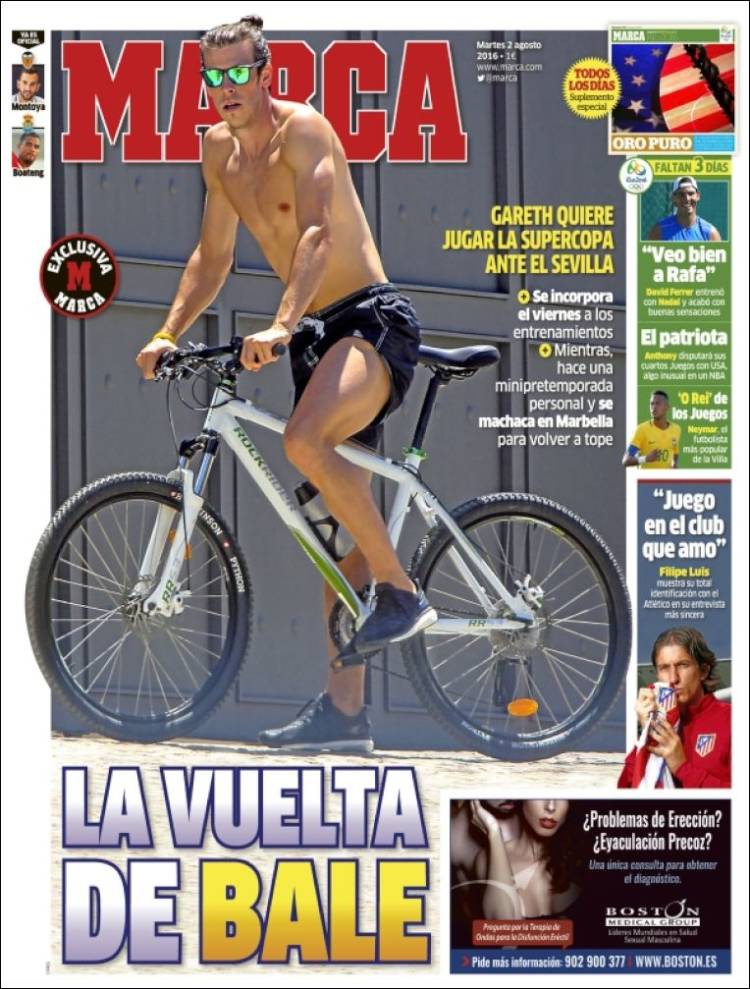 Gareth wants to play the Super Cup against Sevilla

He’s incorporated to training on Friday

Meanwhile, he has a mini personal preseason and goes to Marbella to return to the top

‘The King’ of the Games

Neymar, the most popular footballer in the Village

“I play for the club I love” 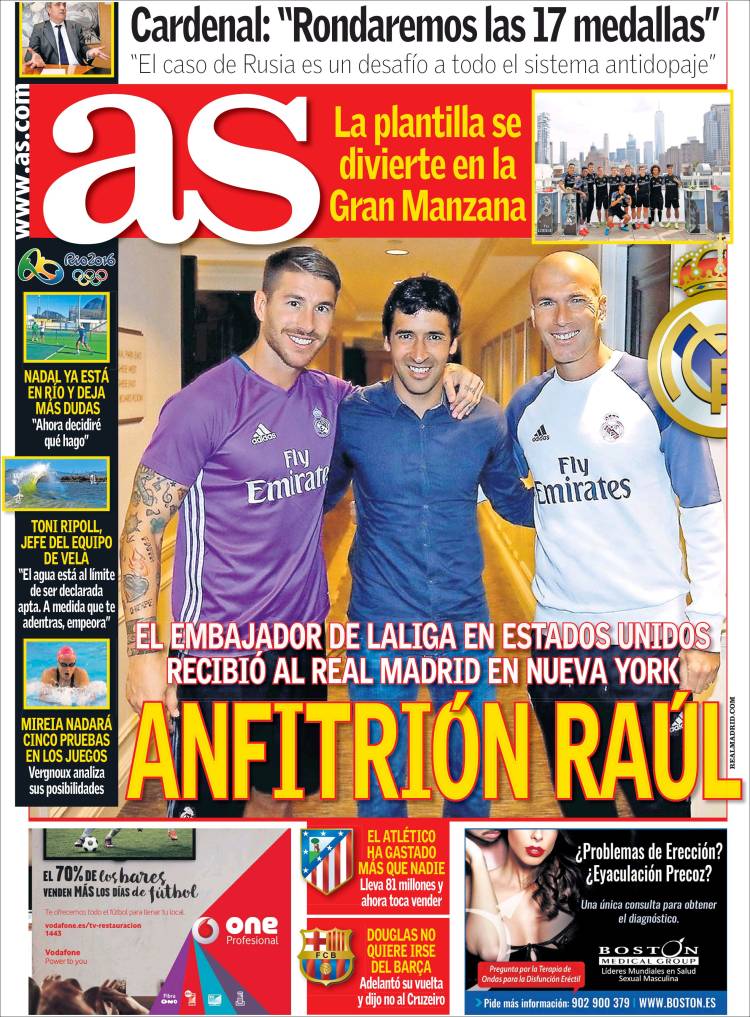 Atletico have spent more than anyone

They’ve spent €81m and now they have to sell

Moved forward his return and said no to Cruzeiro 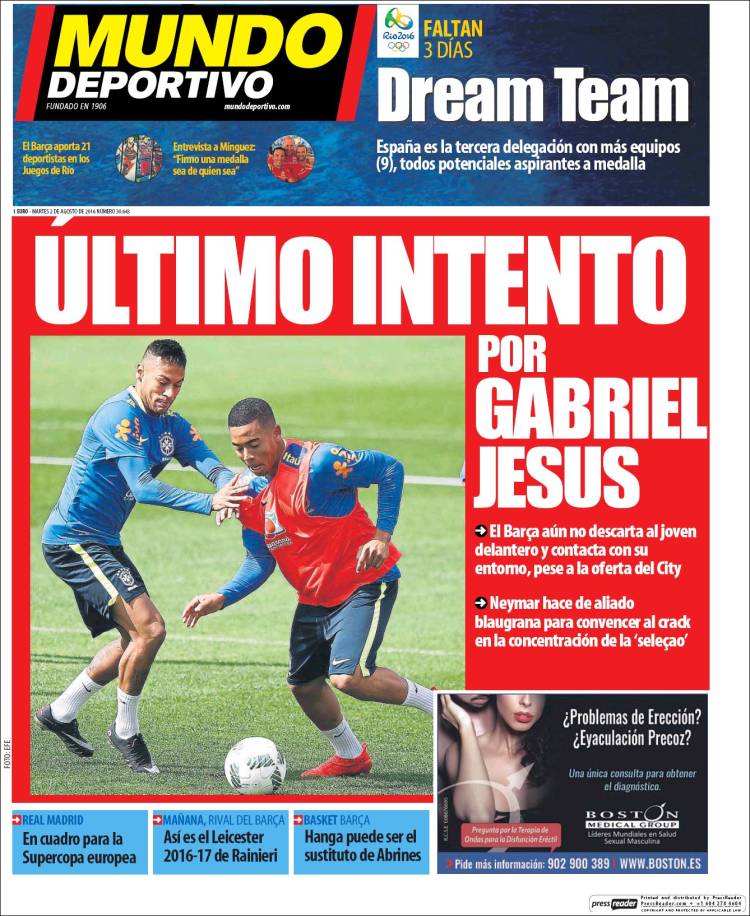 Barca haven’t given up on the young forward and contacted his entourage, despite City’s offer

The squad for the European Supercup