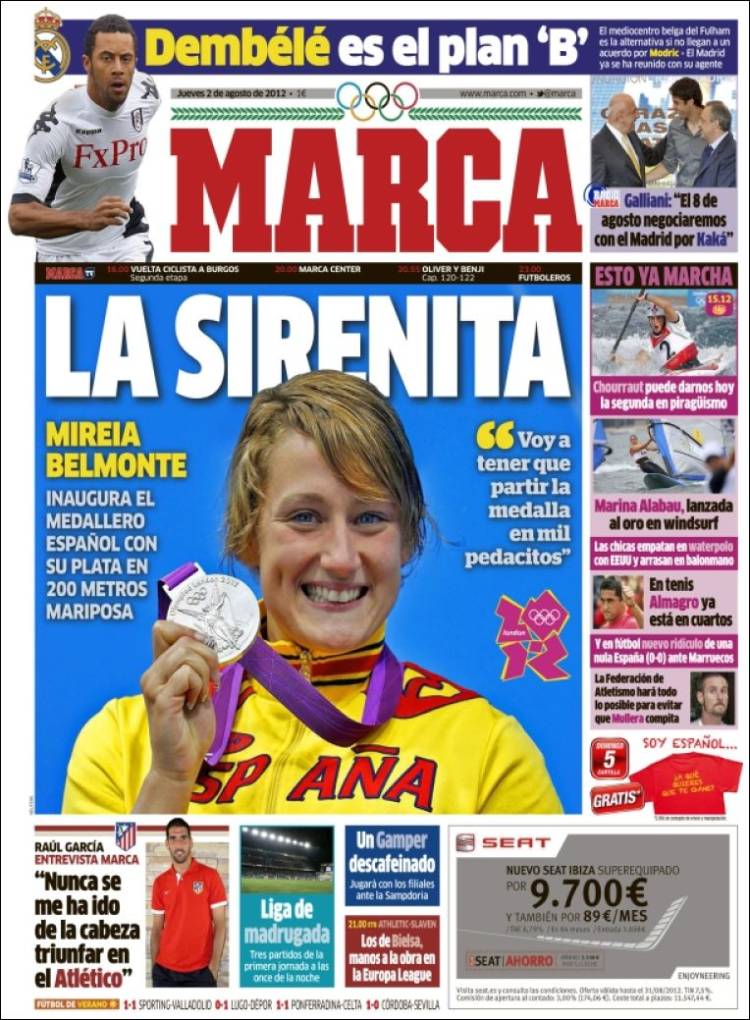 Dembele is Plan B: Fulham's Belgian midfielder is the alternative if there is no agreement for Modric

Madrid have already met his agent

Galliani: "We will negotiate for Kaka on August 8"

Raul Garcia:"It never entered my head I would be a success with Atletico"

The early morning League: three games from the opening round of fixtures will kick off at 11pm

A weakened Gamper: Barca will play with the reserves against Sampdoria

Bielsa's men get to work in the Europa League 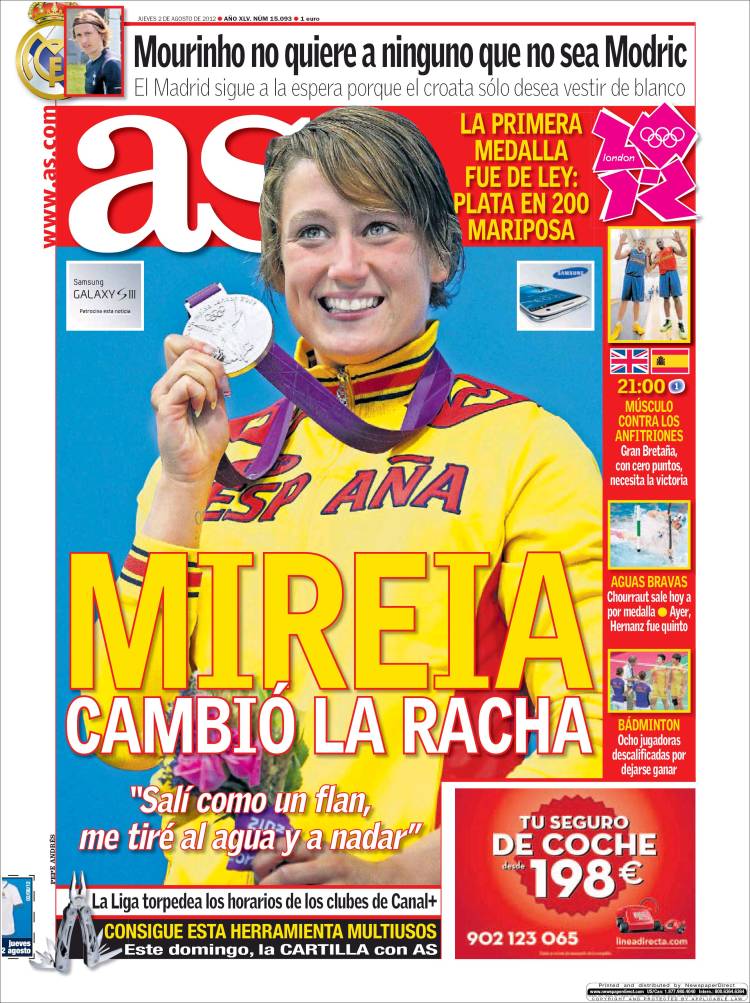 Mourinho wants nobody but Modric 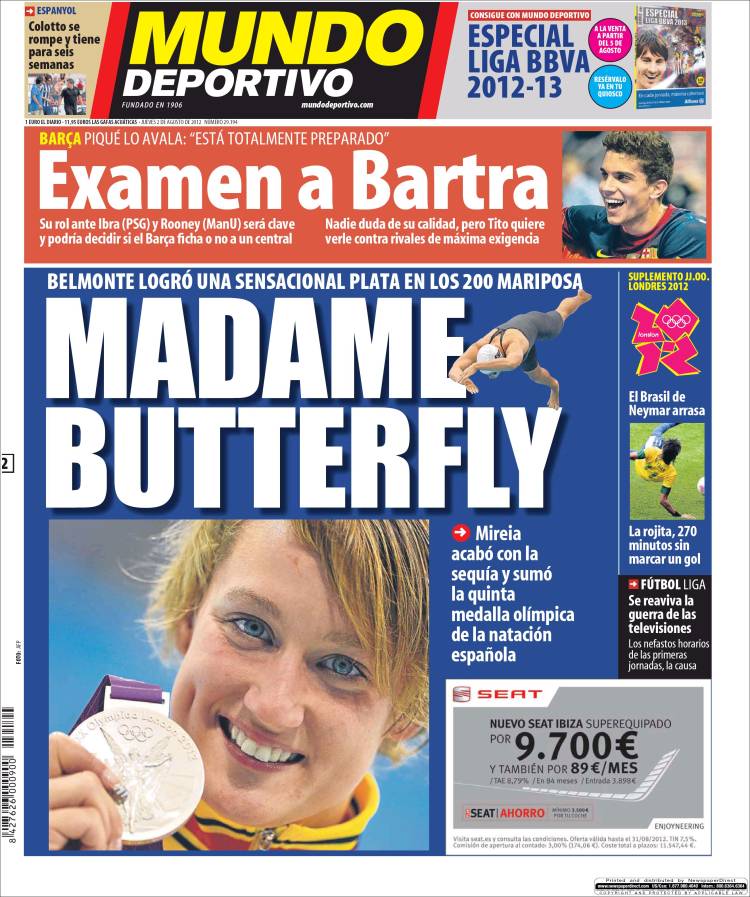 Bartra's examination: his role against Ibra (PSV) and Rooney (Man Utd) will be key and will decide if Barca sign a central defender or not

Pique supports him: "He is totally prepared"

Television war revived: the disastrous kick-off times for the first games is the reason