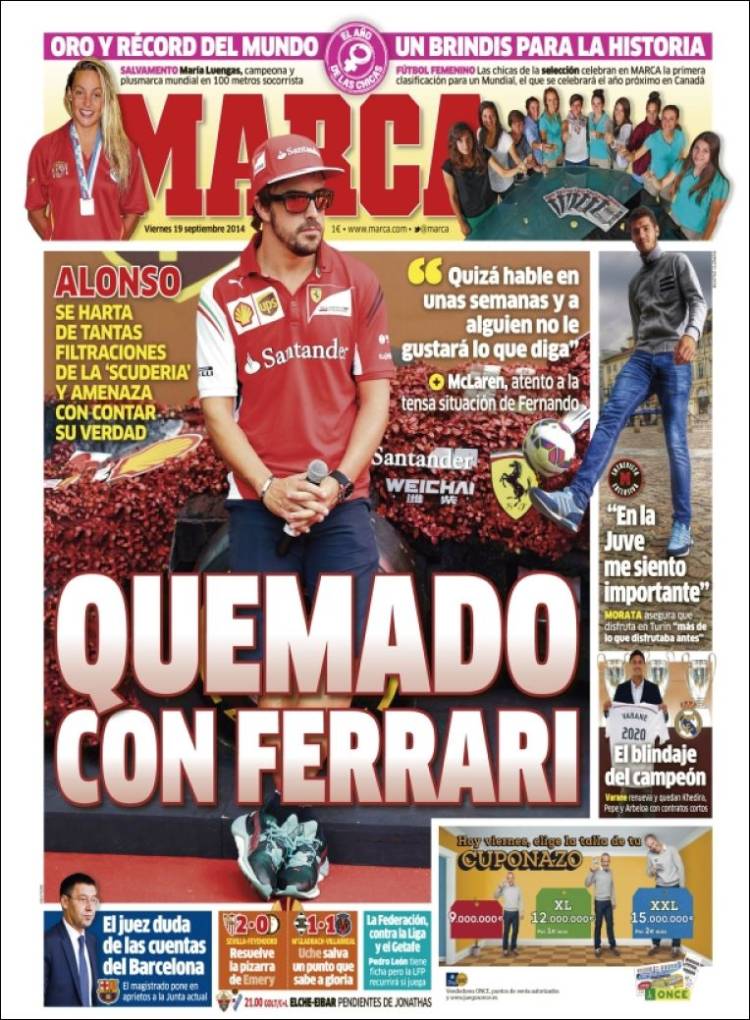 “At Juve I now feel important”

The shield of a champion

The magistrate puts the current board in a predicament

Monchengladbach 1 Villarreal 1: Uche saves a point with a heavenly taste

The Federation, against the League and Getafe 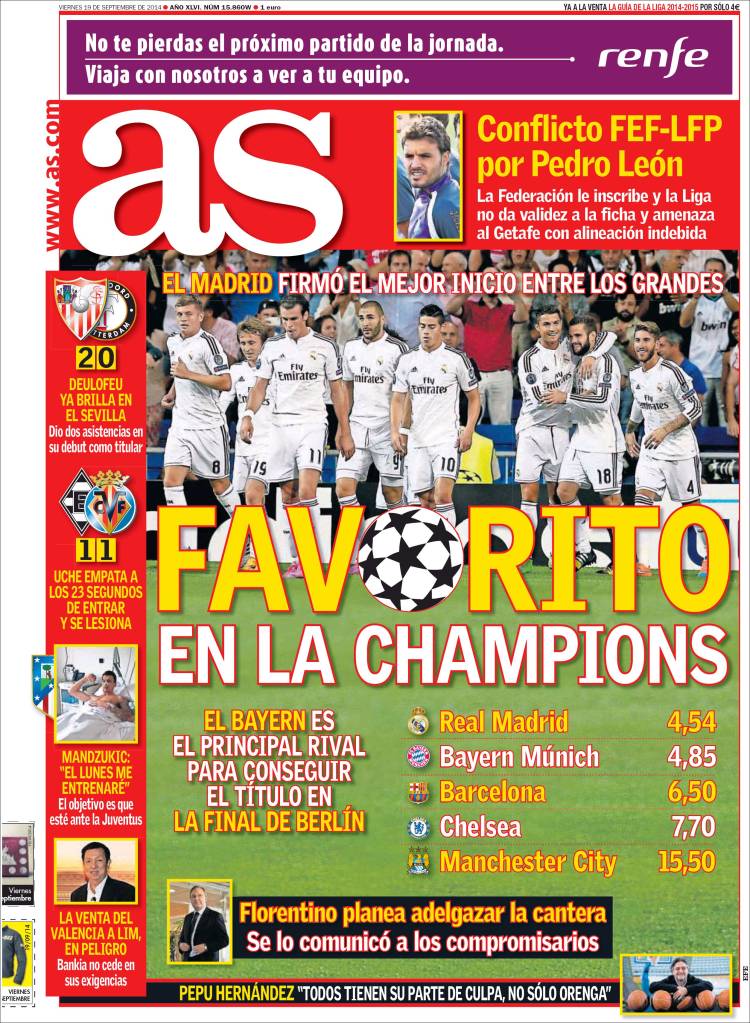 Favourites for the Champions League

Bayern are the main rivals to take the trophy in Berlin

Madrid had the best start among the big clubs

Florentino plans to scale down the youth academy; he informs the delegates

The Federation registers him, La Liga doesn’t ratify it, and threaten Getafe with fielding an illegible line-up

Deulofeu now shines at Sevilla; he provides two assists on his debut in the starting line-up

Uche equalises 23 seconds after coming on and gets injured

The aim is that he is back for the Juventus game

The sale of Valencia to Lim in danger

Bankia won’t back down on their demands 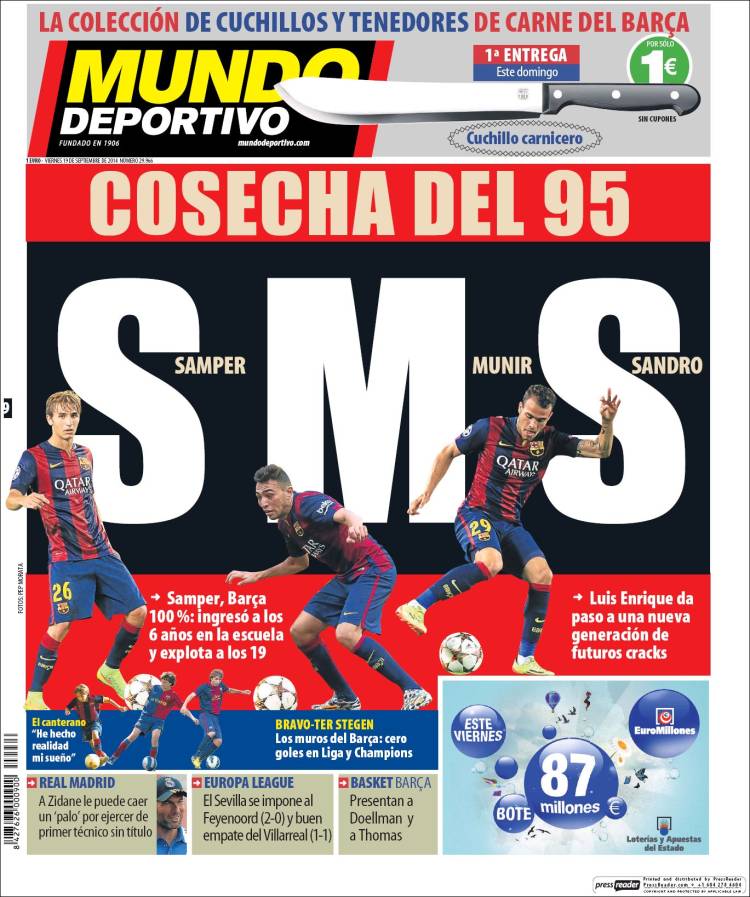 The youngster: “My dream has come true”