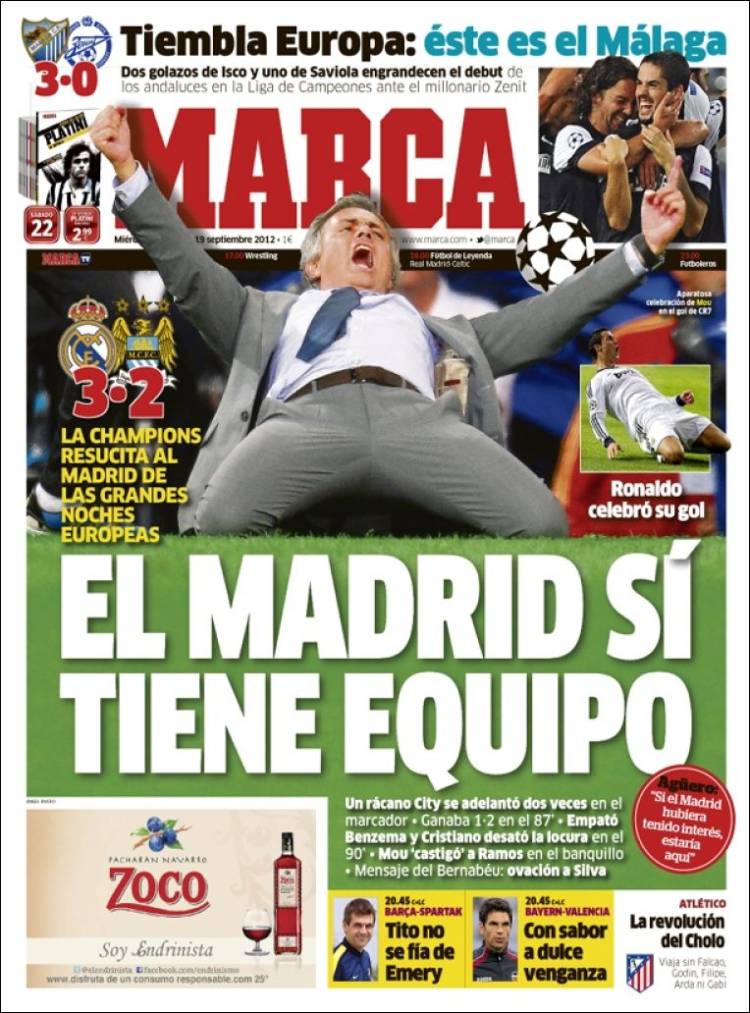 Yes, Madrid has a team!

The Champions League brings back the great European nights to Madrid

City take the lead twice: they were 2-1 ahead on 87 minutes

Benzema equalises and Cristiano unleashes madness in the 90th minute

Mou punishes Ramos with a place on the bench

Message from the Bernabeu: ovation for Silva

Europe trembles: this is Malaga

Barca-Spartak: Tito not fixed on Emery

Bayern-Valencia: With the sweet taste of revenge 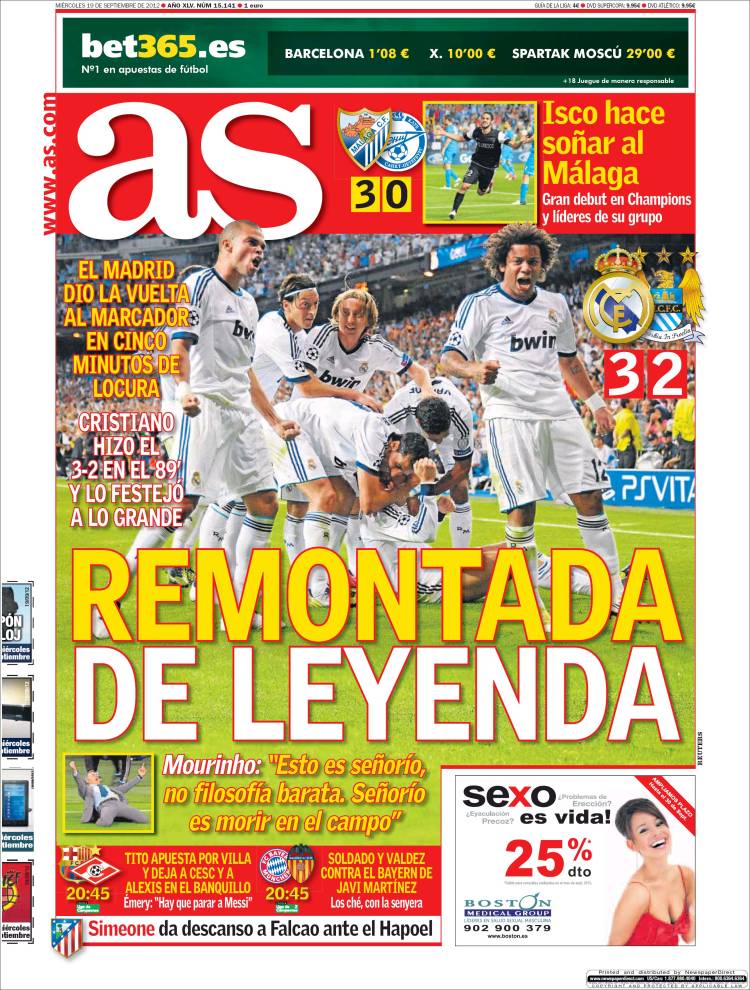 Legendary comeback: Madrid turn the scoreline around in five minutes of madness

Mourinho: "This is seniority not cheap philosophy. To be senior you have to die on the pitch"

Emery: "We have to stop Messi" 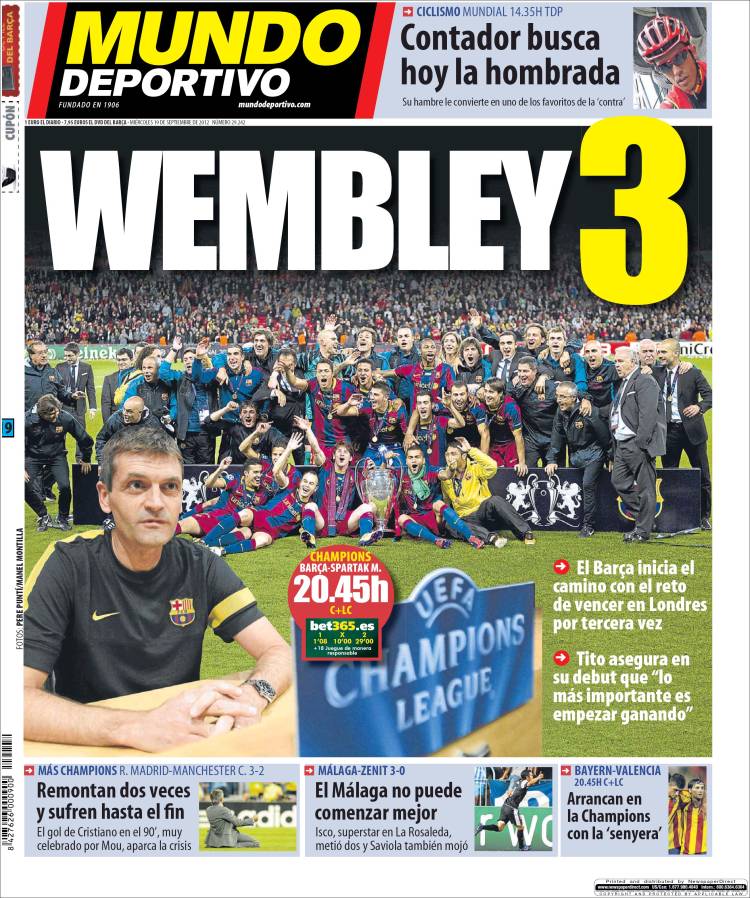 They come back twice and suffer to the end: Cristiano's 90th minute goal, celebrated by Mou, puts the crisis on hold

Malaga could not have started better: Isco, superstar in La Rosaleda, scores twice and Saviola also

Valencia start in the Champions League wearing the 'senyera'