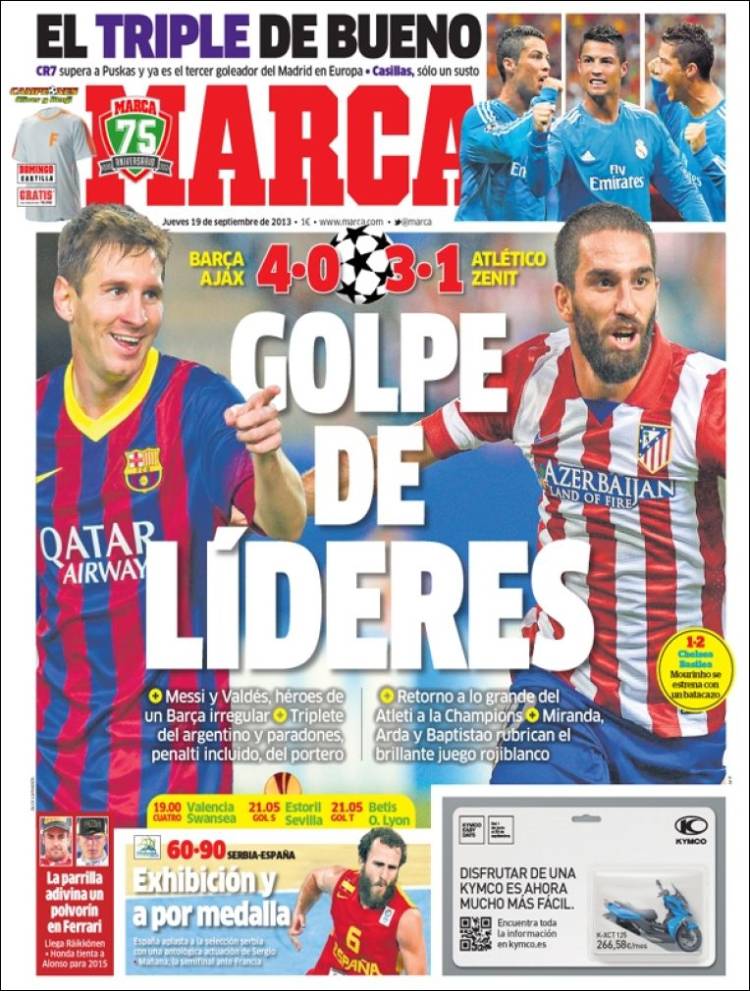 Messi and Valdes, heroes for an irregular Barca

Hat-trick for the Argentine and Valdes makes some great saves, including a penalty

Return of the great Atleti

The divine pair a powder keg for Ferrari

Spain put on an exhibition and are going for a medal 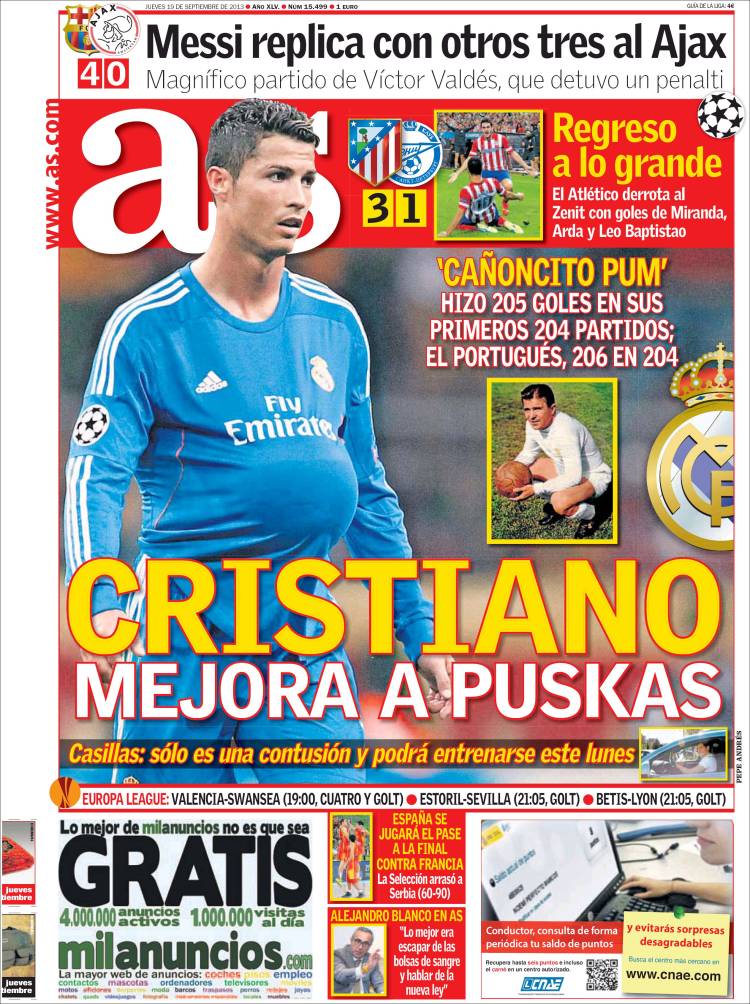 Messi nets another hat-trick against Ajax

A magnificent game from Victor Valdes who saves a penalty

Return of the great Atleti

Spain to play France for a place in the final

Alejandro Blanco is at AS: "What is best is to avoid talk of blood bags and talk of a new law" 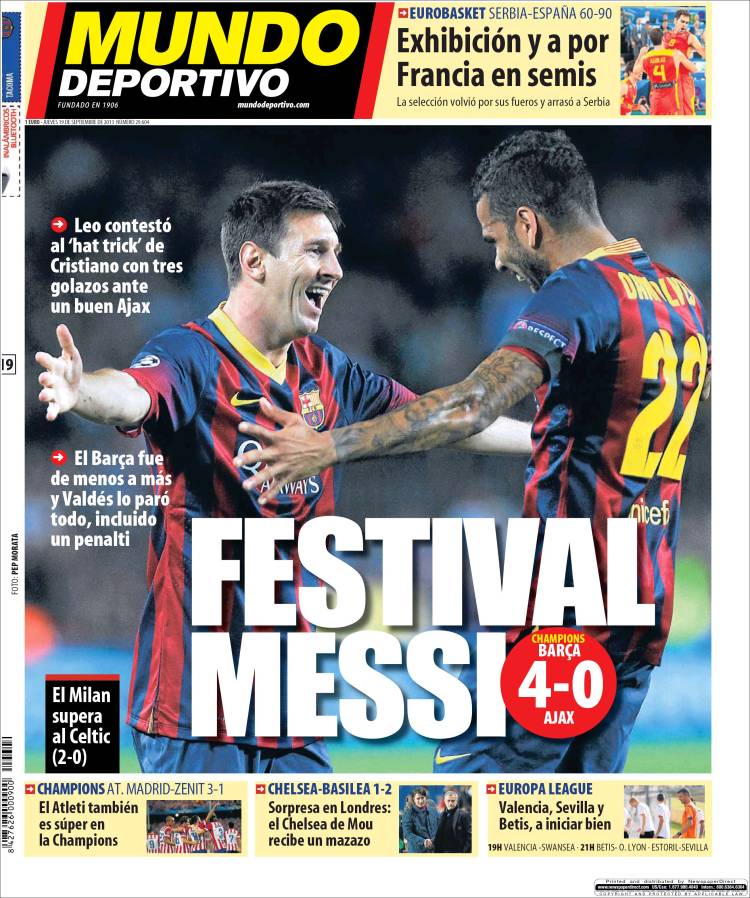 Barca were not at their best and Valdes stopped everything, including a penalty