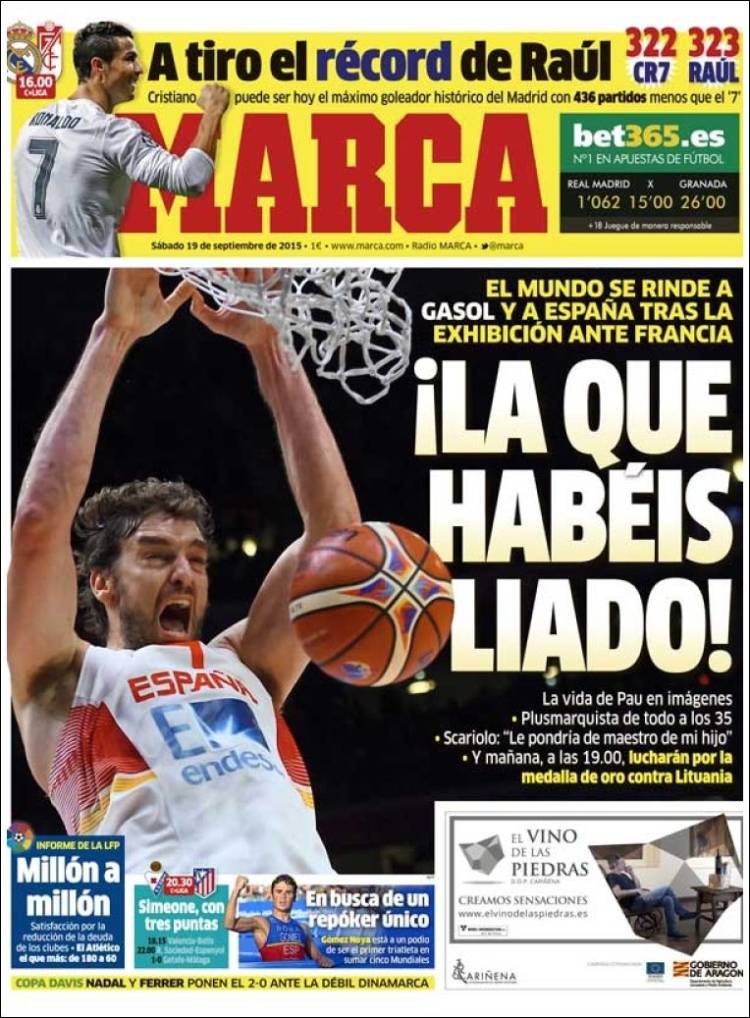 A shot away from Raul’s record

Ronaldo may become the leading scorer in Madrid’s history today, having played 436 games fewer than the forward 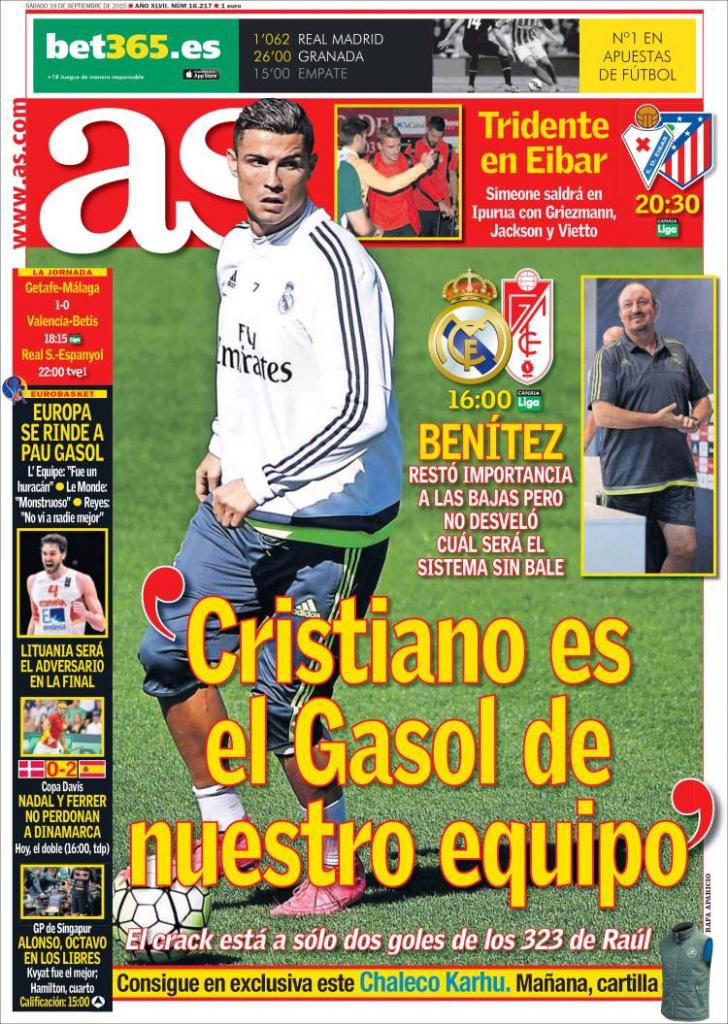 ‘Cristiano is the Gasol of our team’

Simeone will start Griezmann, Jackson and Vietto at Ipurua 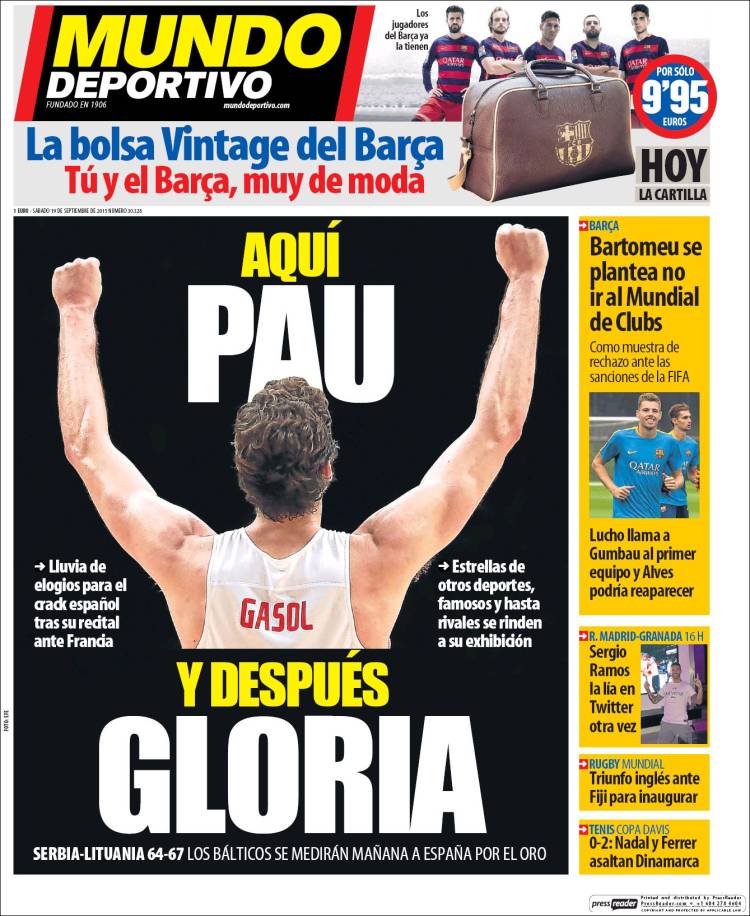 As a sign of disapproval for FIFA’s transfer ban

Lucho promotes Gumbau to the first team, while Alves could return