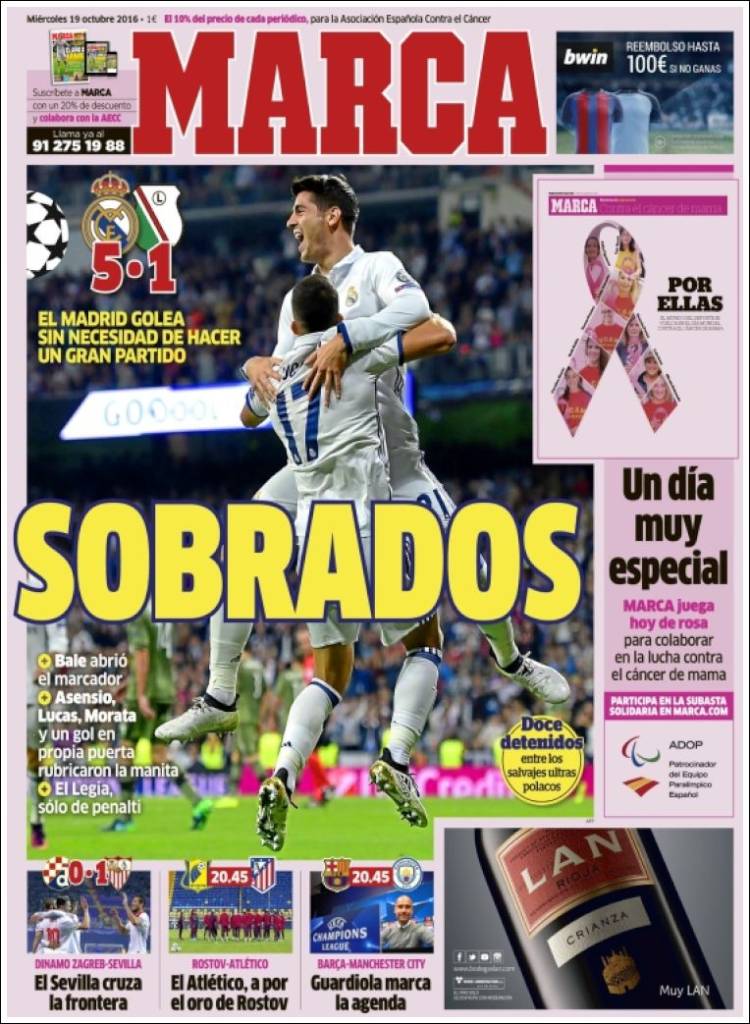 Real thrash Legia, without having a good game

Bale opened the scoring, Asensio, Lucas Morata and an own goal helped score five, while Legia netted through a penalty

Sevilla cruise to a win

Atletico go for gold in Rostov 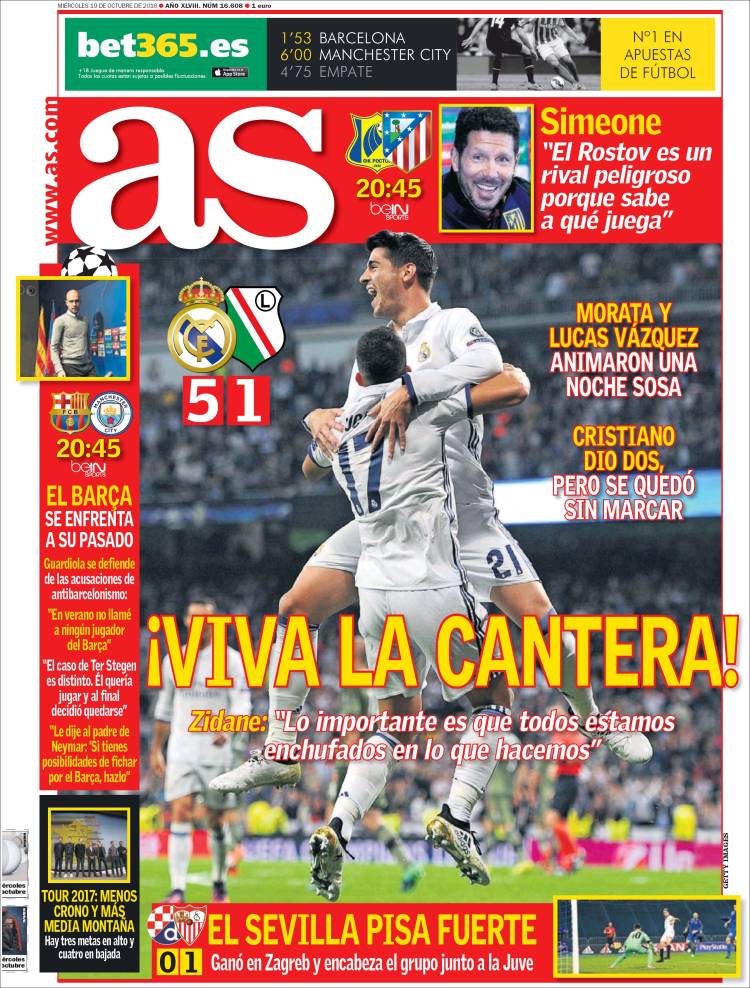 Morata and Vasquez livened up a rather dull night, Cristiano assisted two goals but was scoreless himself

Zidane: The important thing is we were all plugged in to what we had to do

Simeone: Rostov are a dangerous side because they know how to play

Pep: Ter Stegen was different, he wanted to play and decided to stay

Pep: I told Neymar's dad, 'if you can sign for Barca, do it'

Sevilla win in Zagreb - now they top their group with Juve 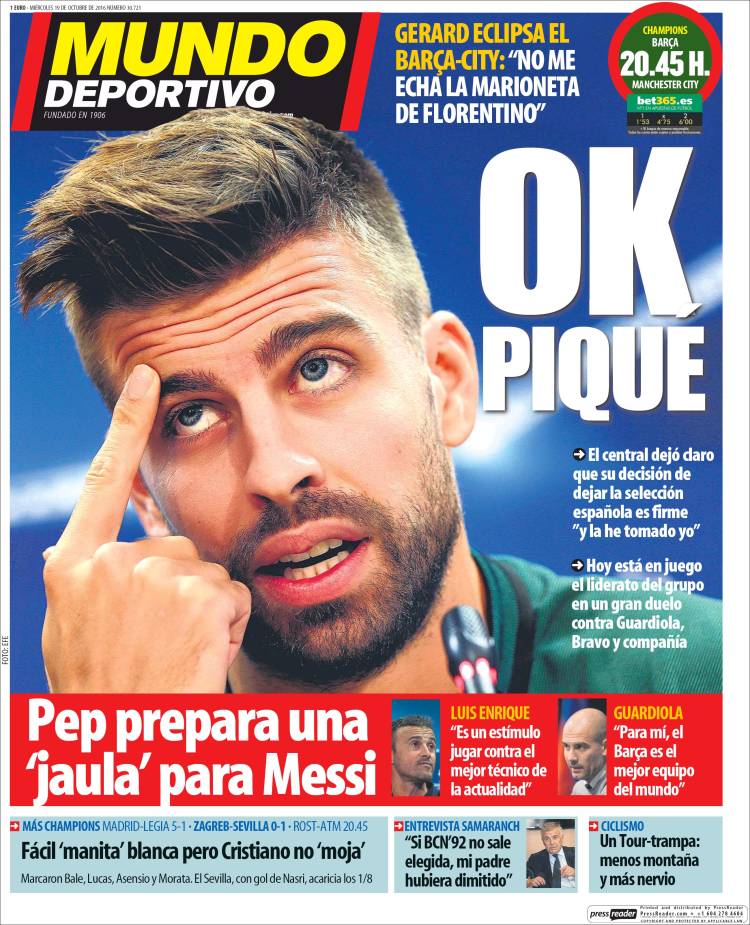 The central defender confirms international retirement is something he alone took

Today is the match between the leaders and Pep, Bravo and City

Pique: Don't cast me as a puppet of Florentino

Pep prepares a cage for Messi

Luis Enrique: It is a motivation to play against the world's best manager

Guardiola: For me, Barcelona are the best side in the world

An easy five for Real Madrid, but Ronaldo doesn't score - RM score through Bale, Asensio, Morata, Vasquez, while Nasri gets win for Sevilla