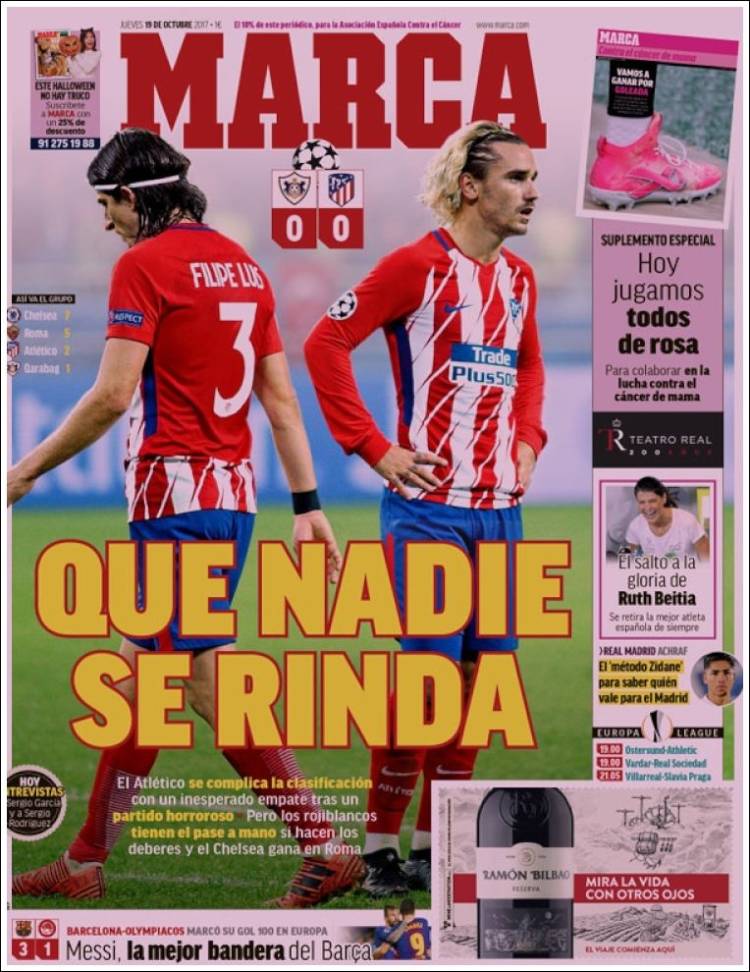 Let no-one give up

Barcelona 3-1 Olympiakos, he scores his 100th goal in Europe

The ‘Zidane method’ to know who is worthy for Madrid 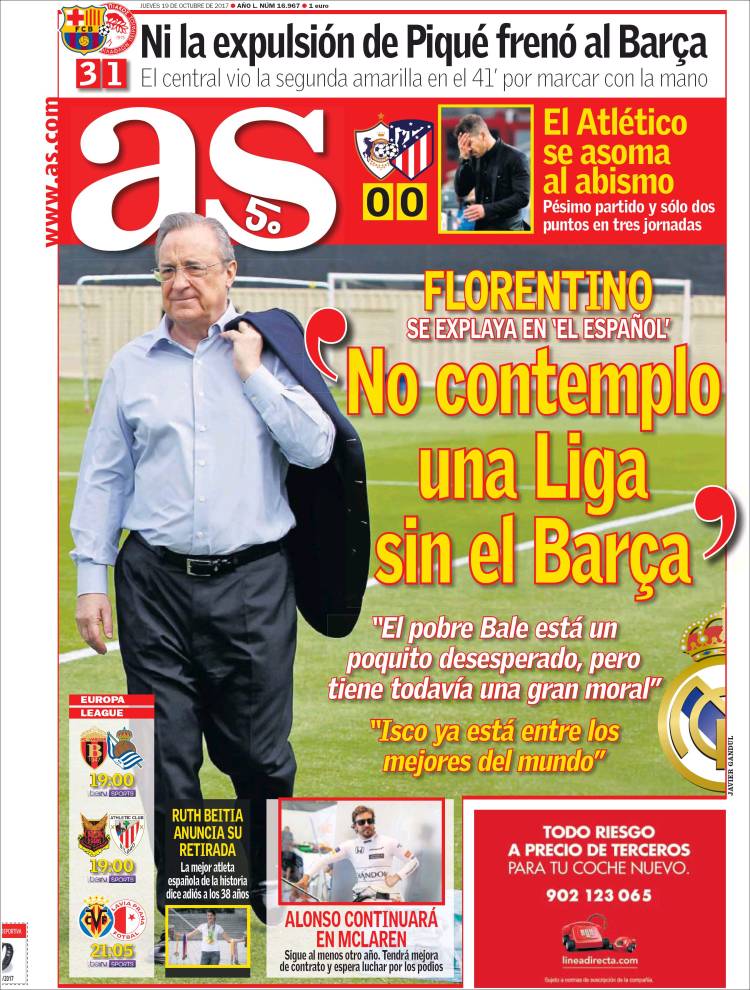 “I can’t see a Liga without Barca”

“Poor Bale is a bit desperate, but he still has great morale”

“Isco is now among the best in the world”

Atletico peers into the abyss

A terrible match and only two points from three games

Pique’s red does not slow down Barca 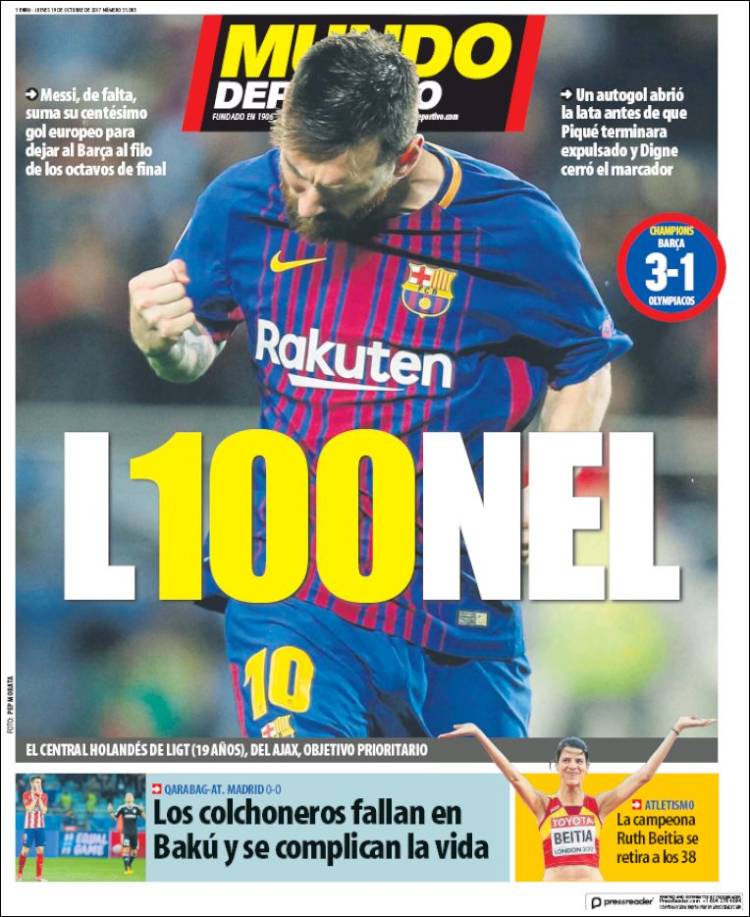 Messi, from a free kick, adds his 100th European goal to leave Barca on the verge of the last 16

An own goal opened the can, before Pique was sent off and Digne scored the final goal