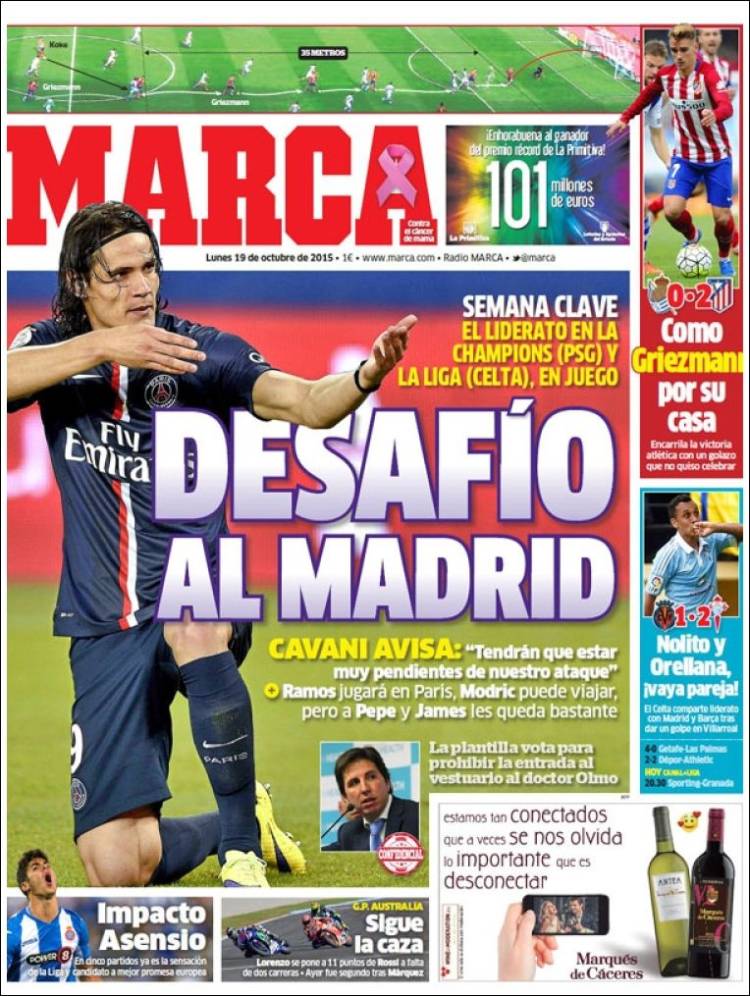 Cavani warns: “They will have to be very aware of our attack”

Ramos will play in Paris, Modric can travel, but Pepe and James remain missing

Nolito and Orellana, quite the couple!

After five games, he is already a La Liga sensation and candidate for the best European youngster 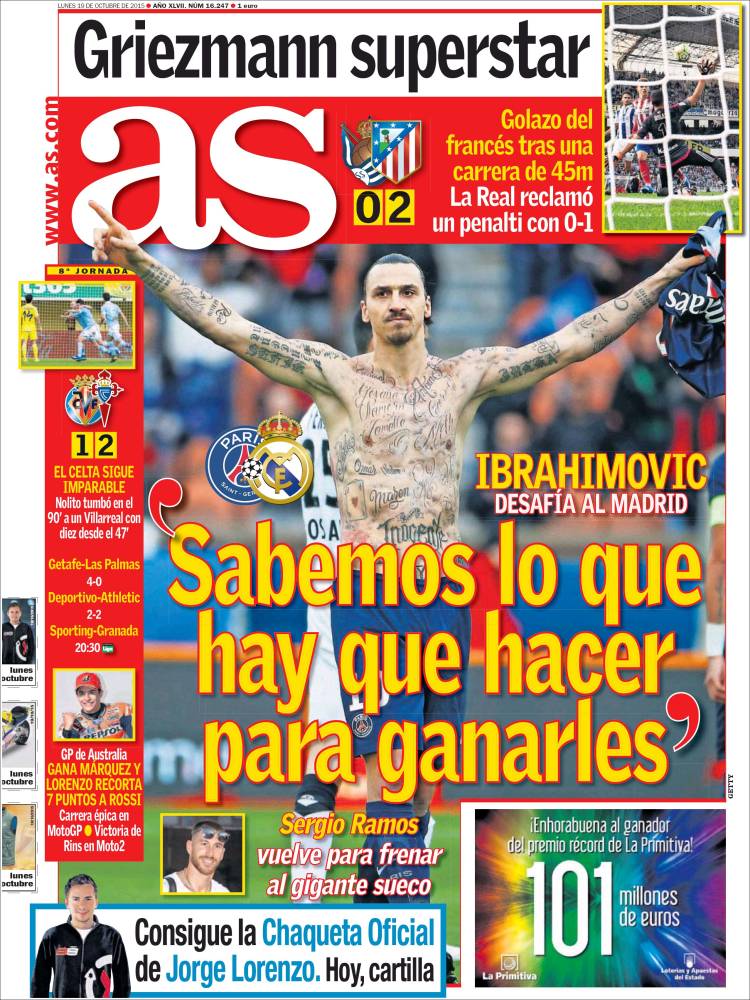 “We know what to do to beat them”

A great goal from the Frenchman after a 50-yard run

Real claimed a penalty at 0-1

Nolito knocks out 10-man Villarreal in the 90th minute 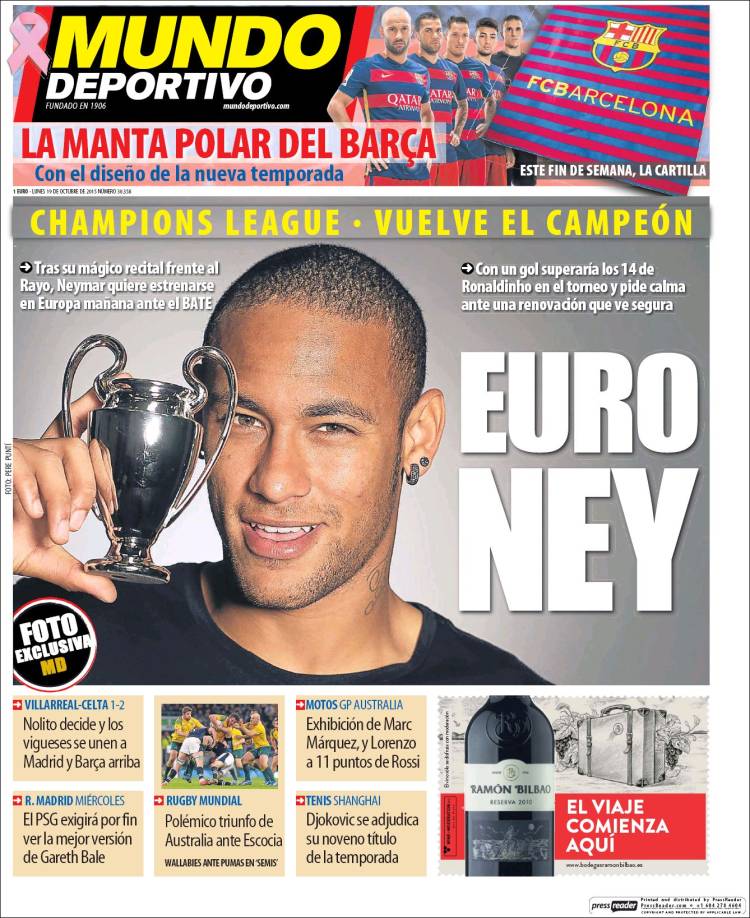 After his recital magic against Rayo, Neymar wants to star against BATE in Europe tomorrow

With a goal, he would overcome Ronaldinho’s haul of 14 goals in the tournament and signal calmness ahead of his renewal

Nolito the match-winner as Celta move aside Madrid and Barca

PSG will, at last, demand the best of Gareth Bale